Looking for the 'Play' button?

We rely on our relationships with partner sites to keep our service free. We are either still in discussions or have failed to reach an agreement with Tombola.

However, we have kept our full review live for you to read. It's just as honest, unbiased and up to date as every other review on OnlineBingo. We've also listed some alternative sites below which are equally worthy of your attention. Give them a try and let us know what you think.

Thanks for your continued support.

What we recommend instead

Tombola opts for a no thrills design which focuses entirely on the user experience. Once a player has logged in, they are presented with a fairly basic page which has links to every game on the site. There’s no lobby on Tombola; players just jump straight into whatever game they want to play.

It’s a nice, clean experience for players, but it’s not particularly exciting. In terms of usability, Tombola wins high marks. Outside of the games though, the design feels a little unexciting and a little lacking.

Reassuringly, for players who encounter issues with the site, Tombola seems to have one of the best Customer Service setups out there. Contact information is located on the homepage, making it nice and obvious for everyone. It also lists average response times for each form of contact, giving the player realistic expectations for each method. More sites need to adopt this idea.

Tombola also allows you to “meet” the Customer Service team through a series of profiles. Ever wondered if you’re talking to a real person? This is sure to help alleviate your concerns.

Promotions like this encourage players to try different rooms and games, but some players are likely to be disappointed by the lack of “standard” promotions offered by the site. For example, prize giveaways are very infrequent on the site, if they even happen at all.

To make up for this, Tombola does host regular giveaways on Facebook, so it’s well worth joining their social community if you are interested in winning prizes. However, if you’re looking to win big prizes in bingo games, you will come away disappointed.

It is worth highlighting Tombola's excellent wagering conditions though. Bonus funds cannot be withdrawn, but all winnings from bonus wagers are paid straight into the player's cash account. Essentially, your bonus funds only need to be wagered once before any winnings can be withdrawn - very refreshing to see nowadays.

As a proprietary brand, all of Tombola’s games are in-house, and, therefore, exclusive. If you’re looking for a brand new experience, this is a great starting point. With thirteen different bingo variants, there’s plenty for bingo fans to try out. And, with reasonable loading times, players should face few technical issues too.

Importantly, Tombola have gone out of their way to offer bingo games that are affordable to everyone. Each game offers different ticket prices, but there’s something to fit all budgets. It’s a good USP for a brand, even if they don’t shout about it too much.

Once you’re in a game, you’ll also be welcomed by a member of Tombola’s CM team. Most rooms on the site have a dedicated chat host, and they’re all friendly and approachable. Like the Customer Service team, they also have a ‘Meet The Chat Moderators’ section on the site, to help new players get to know who they are talking to.

Mobile users are well catered for by Tombola’s games too. They’ve obviously been designed with the mobile experience in mind, as everything adapts well for smaller screens.

Both iOS and Android users can download an app version of the site, offering easy access to the site for mobile players. It’s rare to see a site offer apps on both mobile platforms, so Tombola deserve extra praise for catering to Android players too.

Licensed by the UK Gambling Commission, Tombola has all the industry standard safety features that we have come to expect from sites.

In addition to this, the site has a dedicated page to responsible gambling. This features detailed guides on all available safety features, including deposit limits and time keeper functionality. With features and pages like this, it’s clear that Tombola take player safety very seriously.

With thirteen different bingo variants (all built with in-house software), Tombola offers a lot of variety for players. Most games are basic bingo games with new rules and unique artwork, but there are a bunch of interesting ideas on display here.

Battleships, for example, is unlike any other bingo game out there. Based on the iconic board game, players have to place battleships on their ticket and avoid being eliminated as numbers are called. It’s an interesting variation on a standard bingo game, and well worth trying if you do register with Tombola.

It’s important to note that Tombola doesn’t host instant games on the main site. Instead, Tombola has recently launched Tombola Arcade to fill this gap. Players can use the same account to access both websites, so it’s worth a look if you are after a range of slot and scratch games.

However, Tombola’s main site focuses on bingo and it benefits from doing so. It’s strictly for bingo fans, but there’s plenty of quality games for players to enjoy.

As part of Tombola’s focus on player security and safety (presumably), the site only allows deposits and withdrawals to be made with a Debit/Credit Card or with a PayPal account. This could be fairly limiting to players who use other online wallets (like Neteller or Paysafecard), so check carefully before you sign up.

Depositing on the site is quick and easy, although the option is hidden away in My Account. Withdrawals are also fairly standard for the industry; according to the site, it will take about 3-5 days via either withdrawal method to receive your payout.

So far, so average. However, Tombola makes up with it with a low threshold for deposits and withdrawals. Players only need to make a £5 deposit to get started on the site, and can also withdraw a minimum of £10, which is a far lower requirement than other sites. It helps make bingo more affordable for players, and again fits with Tombola’s ethos.

Tombola doesn’t have a formal VIP Programme like other bingo sites, and there’s no real mention of a reward system either. Presumably, Tombola wants all players to be treated the same, but some players may feel disgruntled about the lack of VIP treatment.

One system that might be a replacement for a VIP Programme is Tombola’s Refer-A-Friend scheme - Playmates. When you recruit a friend for Tombola and they win on the site, you receive a bonus too. For example, if your friend wins a £50+ jackpot, you’ll receive a £10 bonus for introducing them to the site. This is a continuous process (rather than a one-time payoff), so the constant rewards from this system could be deemed a VIP replacement.

Tombola claims to be “Britain’s Biggest Bingo Site”, and the games on the site certainly live up to that billing. If you’re bored of standard bingo games, Tombola’s range of uniquely crafted games will definitely spice things up for you.

However, other aspects of the site can be seen as a disappointment. Tombola’s focus on fair play and equality is overall a great thing, but some players will also find it restrictive. Some players want to feel like VIPs, and Tombola (by design) won’t quite provide that experience.

Promotions also prove to be a disappointment on the site. Enhanced bingo jackpots are great, but they are nowhere near as exciting or inventive as the games on the site. With a little bit more variety and inventive thought, Tombola could have a really strong promotional range to support its excellent games.

Most of this criticism is fairly captious though. Tombola has clearly focused on delivering a great experience with its games, and it’s a huge success. Whether you’re a mobile, tablet or desktop player, Tombola is worthy of your time, and that’s what is most important.

Have you played at Tombola? Leave a review and share your experience with thousands of other players. 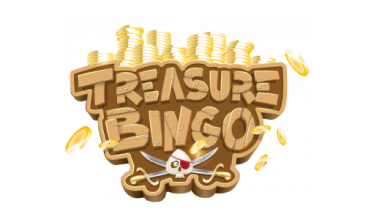 Never miss out on the latest news and offers. Favourite Tombola today!