When Viking Bingo launched in 2015, it helped launch Jumpman's newest network - the Wheel of Slots Network. Originally, every site on the network shared a "spin the wheel" welcome bonus, which rewarded players with free spins on a variety of slot games. Viking Bingo has since changed to a more standard 50 free spins on first deposit though, which might herald changes for the network.

Viking Bingo opts for a bright and colourful cartoon design, featuring longboats, treasure and vikings (obviously). It’s pretty distinctive, and does a good job at standing out from the bingo crowd.

However, these bright designs don’t distract from the site’s basic layout. It’s over-simplified with just a handful of pages, and it’s impossible to see what games are available on the site without heading into the lobby. Keeping it simple usually aids navigation, but here, the lack of detail creates too many problems.

Players seeking help at Viking Bingo have three different contact options available to them, although one is a tad off-the-wall. For some reason, players can contact Viking Bingo’s staff through Facebook Messenger, which seems like an interesting experiment. It substitutes for a standard live chat service (which we would prefer), but it could be a good solution for many players.

There is also an FAQs section on the site, which helps answer a lot of questions that players may have. However, the structure of the page could use some work - it’s pretty hard to navigate in its current state.

Promotions at Viking Bingo are heavily centered on jackpot games. Daily, weekly and monthly jackpot games are all advertised on this page, offering different sized prize pots. All of these games are networked across the Wheel of Slots Network though, so there’s nothing original here.

In fact, that’s Viking Bingo’s biggest problem with promotions. They’re all fairly standard, and none of them are exclusive. If you’re looking for something interesting or new, you’re out of luck. The artwork for each promotion is nice and on-brand; it’s just a shame that more effort hasn’t been put into them.
Following the changes to the welcome bonus (new players now receive 50 free spins on Fluffy Favourites when they deposit £10), there is also no way of earning a bingo bonus with your first deposit. Not a problem per se, but players who aren't interested in playing slots are stuck with the free spins.

Viking Bingo uses Jumpman Gaming software, and is a member of the Wheel of Slots Network. Unfortunately, this isn’t the most popular network around, and Viking Bingo suffers from a lack of options. For example, there’s a very small number of bingo rooms, and they’re all pretty empty, meaning jackpot prizes are low outside of peak hours.

We’ll be releasing a full review of Jumpman’s platform soon, offering a better insight into why we’ve given it this score.

Mobile players can access Viking Bingo through the browser on their smartphone or tablet, but there are no apps available to download. The design on mobile is really poor too; it maintains the brand’s style and concept, but offers a really poor user experience. For example, the first page is a huge advert for the site’s welcome bonus, and offers very little navigation.

Once you’re logged in on mobile, you’ll find everything that is available to desktop users, although the navigation is still poor.
Update (13/10/16) - Originally, we scored Viking Bingo as a 2/5 for Device Compatibility, which on reflection is a tad harsh. The site is functional on apps and mobile, but could still offer a better experience through improvements to navigation.

Viking Bingo is fully licensed by the UK Gambling Commission, and features a range of industry standard safety features, like deposit limits and self-exclusion. If a player needs more help and advice on responsible gambling, there is also a page on the site with helpful links.

As mentioned previously, Viking Bingo has a really small number of bingo rooms and slot games. This is further hindered by the lack of exclusive games or rooms on the site; everything here can be found at any Wheel of Slots site. With no casino offering to speak of, there’s little product variety on the site, and players could grow bored pretty quickly.

Viking Bingo currently only accepts Debit and Credit Cards as payment methods, which excludes many players who prefer to use eWallets to deposit and withdraw.

On top of this, players face some pretty steep wagering conditions for their free spins wins (as a welcome bonus for the site, players receive 50 free spins on Fluffy Favourites). Before withdrawal, these funds need to be wagered 40x, which seems a little unfair when compared to other sites out there.

Viking’s VIP scheme might be buried a bit, but the idea is simple. As you complete various tasks around the site, you’ll bank free spins on the Spin The Wheel bonus game. By spinning the wheel, you’ll earn “proper” free spins to use on the site’s most popular slot games.

So where does VIP membership come into it? As you deposit and wager more at Viking Bingo, you’ll move through a VIP system (which isn’t really visible to players). If you’re in a higher tier, your Spin The Wheel becomes more valuable (the number of free spins winnable on the Wheel increase). It’s not really explained on the site, and it’s a bit weak.

Still, at least players are getting some sort of reward for playing regularly.

Viking Bingo doesn’t really have a great deal going for it, largely thanks to the complete lack of exclusives on the site. Other aspects (including the poor mobile experience and promotional range) don’t help, but the lack of exclusives really hurts the site, especially when the networked Jumpman rooms and games aren’t particularly exciting either.

It looks pretty good, but Viking Bingo needs some major tweaks to be more competitive in the online bingo world.
play at Viking Bingo

Have you played at Viking Bingo? Leave a review and share your experience with thousands of other players. 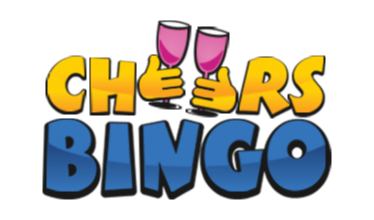 Never miss out on the latest news and offers. Favourite Viking Bingo today!