The online bingo scene has evolved tremendously in the past couple of years. At first it was considered to be nothing more than a niche product, but nowadays it reached the point where it’s known as a major market. One of the biggest influences behind this huge rise in popularity has been Bingo52. Thanks to brands like it, the online bingo realm has been changed forever.

A lot of people are still a bit sceptical when it comes to Bingo52, because the brand only launched during the close of 2016. However, since its debut, it can be argued that Bingo52 has gone on to silence the doubters, becoming a reputable name as a result.

The design of Bingo52 is aesthetically pleasing to the eye, the green, white and blue colours complement each other perfectly, and overall it gives the website a very original look. The website is simple, yet classy, the colours aren’t too loud and they make quite a good first impression in our humble opinion.

When it comes to look and appearance, Bingo52 is pretty standard, although a few specific snags make it quite special in some areas. These specific snags don’t change everything though, since some parts are still a bit clunky, but it still has quite an interesting feel to it. One of the worst parts of the website is definitely the FAQ. Because of its mediocre design choice, most of the time you won’t find the information you require without somewhat of a struggle.

When it comes to customer support, Bingo52 is basically an amalgamation of every past bingo website that ever was. This doesn’t necessarily make it bad, but it is pretty overwhelming for the uninitiated. The FAQ page is still a major problem though, as it hardly delivers any useful information. Outside of that all you’ll have is a contact email and a phone line to work with and that’s it.

It may have some very clear faults, but when it comes to bonuses and promotions Bingo52 is really surpassing most of its competition. The welcome bonus on the website is absolutely astonishing; if you want to start playing you’ll get up to 400% in matched bonus cash. That’s just incredible in comparison to what most other bingo websites are offering.

The rooms are mainly empty, not a lot of people dedicate themselves to Bingo52, and although the moderators are really trying their best to attract players there’s only so much they can do when the gameplay is uninspired and unoriginal.

The one crime that every bingo site should avoid is being boring. In the end Bingo52 has committed this crime, and this is why it is struggling to gain traction.

When it comes to compatibility, Bingo52 is a good example of how not to do things. The mobile site simply doesn’t work, with it being riddled with errors when it does. Half-baked, there is simply no excuse for this.

Bingo52 is very secure since it is licenced by the UK Gambling Commission (UKGC). When it comes to the fair play though, Bingo52 is pretty average. It’s nothing too good or too bad, but overall it is a nice platform for bingo play.

Again, the website excels in using what it knows it worked in the past, but because of this lack of risk taking Bingo52 suffers a lot. The website offers simple 90, 75 and High 5 ball games, alongside a few chat games and a couple of mini casino titles. In the end it’s enough to attract players, but not enough to keep them occupied over the long term.

If the brand really wanted to be something different it would have offered up a lot more games to members, but as it is, Bingo52 can be simply classified as mediocre at best.

When it comes to payment and withdrawals Bingo52 is pretty impressive. It offers multiple options, such as Visa, Maestro, EntroPay, Mastercard, Electron, Neteller, Solo, PayPal, and even Paysafecard.

The problem with withdrawing your money is that it takes a long time, up to one week most of the time. If you desperately need the money then you’ll need to plan ahead, because the withdrawal process at Bingo52 is far from snappy.

The VIP programme at Bingo52 is split across 4 levels, which is a terrible idea in our eyes, since there are not enough stimulants for anyone to want to get it in involved with it in the first place. If Bingo52 wants to reach the industry peak, it has to improve on the VIP scheme front tenfold.

For the most part, Bingo52 is boring, and not only that; it also suffers from a lack of options too, which makes this one of the biggest disappointments we’ve come across in some time. Simply put, avoid Bingo52, as it just doesn’t bring enough to the table.

Have you played at Bingo52? Leave a review and share your experience with thousands of other players. 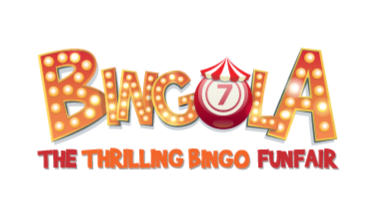 Never miss out on the latest news and offers. Favourite Bingo52 today!