Bingo Cove is a tropical-themed site which hints at sunshine and frolics in paradise! This site is powered by Cassava’s Dragonfish software, just like Lucky Charm Bingo and Cupcake Bingo, so you can expect some swish bingo and slots. Will you be sailing into Bingo Cove?

Bingo Cove is not the prettiest site out there, as the home page feel a little cramped in places and the theme is really just a couple of palm tree drawings. The background looks like a heavily blurred tropical scene, so it sets the right tone but doesn’t really add anything. The theme does not extend to other areas, like promotions.

On the plus side, the layout of the site is easy to follow and there are some useful extras like a sidebar on many pages and a little quick link to Facebook. The site does have a few broken links and the designers could do with making terms a bit clearer.

The contact page is easily found on this site, but it could also do with more contact methods. Bingo Cove offers email, phone lines and instant help within bingo. This is useful, but not as good as true live chat, as you may have to fight for an advisor.

The phone lines are not 24/7 but the instant help is, plus there are FAQs. The staff seem to be well trained and quick to respond.

Bingo Cove welcomes you with a 200% match on your first deposit for bingo, plus 200% game credit. The promo terms are listed below, but this fails to mention that the main site terms place a 4x wagering requirement on the bingo portion and 99x on the slots portion. On the plus side, you get three days of access to free bingo as a newbie.

The site’s promotions largely follow a standard Cassava template, with the Late Night Show for some chat party fun, a big 10k bingo game each month and guaranteed wins in the Sure 2 Win games. There are occasional seasonal offerings too, like a hotel getaway voucher raffle around Valentine’s Day.

Bingo Cove has very speedy and attractive Dragonfish software. The lobby looks good and on this screen the blurry background actually makes sense, as it doesn’t distract the eye from the colourful promotion tiles. Finding bingo and slots is easy and you can see which rooms have hosts before you enter.

The bingo rooms begin with a handy tutorial, plus they’re big and easy to see. You’ll have no issues buying cards and watching the game. The chat window is nice and tall, helpful when conversation goes fast. There are plenty of hosts here and while chat seems a little low on numbers, the people we found were still chatting; you could say they were few but active. Of course, this partly depends on time of day.

While Bingo Cove does not have any bingo apps, it does have very good mobile software. The mobile site follows a certain Dragonfish template but it’s well made and easy to view. The bingo games are fun to watch and you have access to chat.

The site is lacking a mobile explainer page but you simply have to visit the site through your phone’s built-in browser, which should work on most modern devices.

Bingo Cove has a responsible gaming section which helps to combat problem gambling. The site also has a fair play section, which is further supported by the eCOGRA logo which verifies the site’s fairness.

Bingo Cove has full security and encryption for your personal transactions. The site is licensed and regulated by the Great Britain Gambling Commission and Cassava Enterprises is licensed in Gibraltar.

The variety is quite limited at Bingo Cove in terms of game types, offering just 90 ball, 75 ball and the 5-line variant. However, there are well over fifteen rooms for these, with a variety of prices and little twists like their own chat games. There are four free bingo offerings, regular jackpot rooms and some specials like Wow Bingo where you can win free spins for slots. Though this is standard to Cassava bingo sites, it’s plenty to be getting on with.

The slots section is also strong, including a lot of high end games with great artwork. These vary seasonally, so around Valentines you can find titles like Titanic and Cupid’s Arrow.

There is a pop-up cashier at Bingo Cove with dedicated support and a series of large icons to guide you along. You can use wire transfer here, phone, or register an online payment method.

Bingo Cove accepts credit and debit cards, plus an array of e-wallets. These include PayPal, Neteller, EntroPay and PaySafeCard. That’s a pretty strong selection overall, though on the downside, withdrawals take a little longer than average here.

Bingo Cove uses the same Loyalty Plan as many Cassava sites, which has some good rewards for repeat customers. This is a four-tier system, starting at Rookie and advancing up to Champ. You rise through the tiers as you play and spend. Progression is designed so you’ll reach tier 2 immediately, 3 after a fair bit of spending and 4 is pretty much just for spending in the high hundreds.

Higher tiers grant more cashback on bingo and slots, more free bingo tickets for the 10k bonanza and even free spins. There are more free bingo rooms open, too. It’s a simple and effective plan.

Bingo Cove has a very basic setup when it comes to design and promotions and it lacks any unique games, but it’s still worth pointing out that the site has a lot to offer. Particularly for those new to online bingo, there’s a lot of different rooms to explore and many quirks like the chat parties and massive jackpot bingo. Active chat and strong security add value to the site.

Have you played at Bingo Cove? Leave a review and share your experience with thousands of other players. 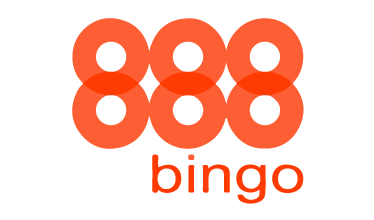 Never miss out on the latest news and offers. Favourite Bingo Cove today!