Games / Secret of the Stones

Secret of the Stones slot review

Will the Secrets of the Stones lead you to a win in this NetEnt slot?

NetEnt’s Secret of the Stones is inspired by Stonehenge and features some great graphics, as you aim to get all the free spins you can and win big! Meet a range of stone animals as you travel across five reels and 25 paylines - will you come away from Stonehenge victorious?

This might not be a flagship NetEnt slot, but there’s plenty going on here from multipliers to wild reels. To find out all you need to know about Secret of the Stones, check out our review down below.

Sign up to Karamba Casino, the fun and colourful online casino, and get access to hundreds of popular casino and slot games, including the popular Secret of the Stones. This NetEnt slot is a graphic delight. Come find out why it's a hit and claim £50 bonus cash and 100 free spins!

NetEnt casinos are one of the top providers and for good reason. Featured games include the hit slot game, Secret of the Stones, the slot that will have you feeling the magic of Stonehenge. New players to Touch Mobile Casino can sign up and claim up to £200 cashback, from their desktop or on the go on mobile.

Over 18s and new players only.
playO'reels REVIEW

O’Reels is home to hundreds of slot, casino and jackpot games from the best game suppliers in the industry, so it makes sense it is one of the favourite online slot sites. Join and deposit up to £200 for a 100% welcome bonus plus free spins. Slot fans can include hit slots such as Secret of the Stones, from NetEnt gaming, which will have you hunting for the secrets of Stonehenge.

Terms & Conditions: New Players Only. Wagering occurs from real balance first. 50X wagering the bonus or any winnings generated from free spins. Contribution may vary per game. Available on selected games only. The wagering requirement is calculated on bonus bets only. Bonus is valid for 30 days / Free spins valid for 7 days from issue. Max conversion: 5 times the bonus amount or from free spins: £/$/€20.

With thousands of casino games and slots on offer, Videoslots is one of the largest online casinos in the UK. Make your first deposit and claim a 100% match deposit, plus £10 extra cash. Play your favourite NetEnt slot titles including Secret of the Stones. See if you can discover the magic of Stonehenge.

Find hundreds of the best slot games, including the historical themed Secret of the Stones at 21Casino, a top choice for slot game and casino game enthusiasts. With a terrific welcome offer, claim a 121% bonus up to £300 when you sign up. You'd be crazy to miss it.

Are there free spins in Secret of the Stones?

What’s the RTP of Secret of the Stones?

Is Secret of the Stones optimised for mobile devices?

Secret of the Stones isn’t mobile-friendly, which is surprising as the vast majority of NetEnt slots are. However, it’s still a great experience when played on a laptop or desktop computer, and NetEnt will hopefully optimise it for mobile play soon.

Secret of the Stones Slot Review 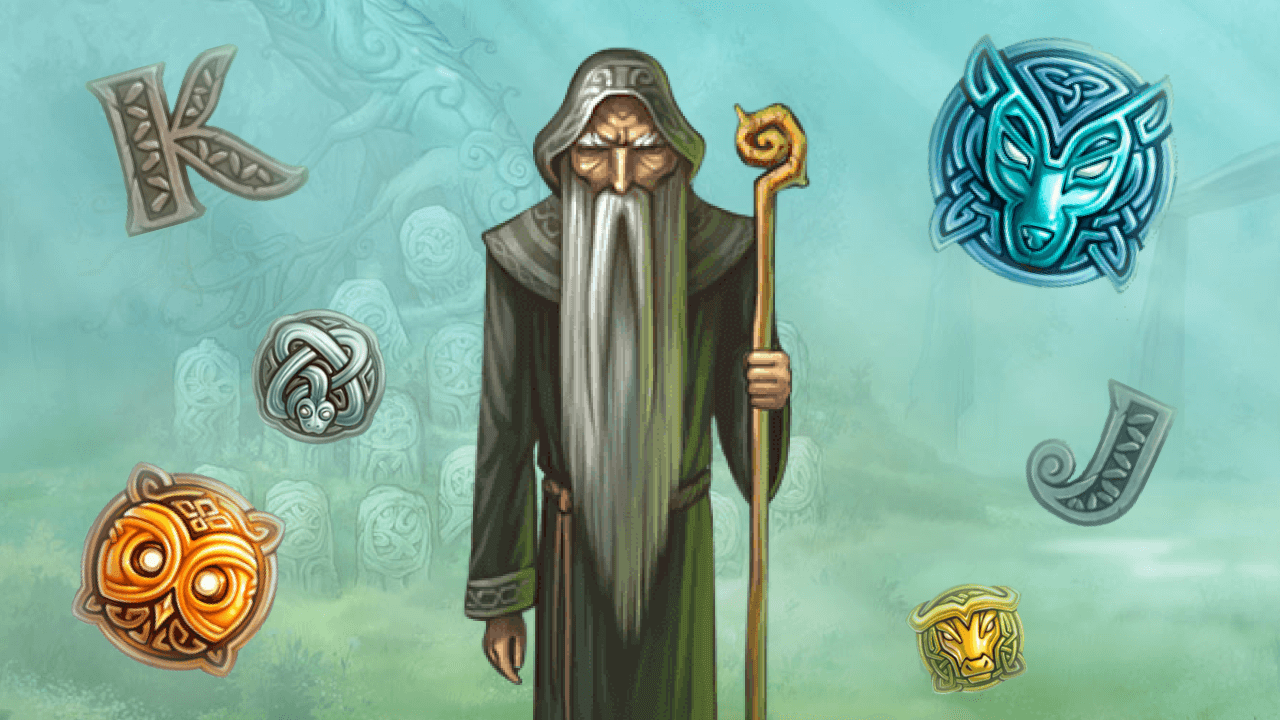 Secret of the Stones has a fascinating Stonehenge-inspired theme - with many historical slots focusing on civilisations like Ancient Egypt or the Aztecs, it’s a refreshing change - and you’re sure to have fun playing this NetEnt slot as you try to find out the secret. Yes, there’s low volatility but a decent RTP, so even more seasoned players might consider this to be worth a go. Should you follow suit? Check out our review here to find out...

Secret sounds of the stones

As we’ve become accustomed to from NetEnt, this is a slot that really does look great! Everything here looks like it’s made from stone, and almost as if it’s been painted by watercolour. The play board and background is a sort of blue-green-grey colour that takes on a pastel tone and feels appropriate for the Druid-influenced theme.

The animal symbols are all in stone form too, along with various letters, trees and other related symbols. They certainly look the part, and stand out against the pastel background with their respective colours. However, they’re not too bright or distracting, firmly getting the balance right between bland and flashy. We’ve got a good soundtrack too - the music has a sort of classic Celtic style, fitting in with the theme and era of the game.

Secret of the Stones has 25 paylines altogether, as well as five reels. There’s nothing particularly out of the ordinary with the play board, as it looks largely like a standard slot. There are ten different regular symbols altogether, from low-value letters and numbers to various wild animals, which all appear as if they’re made from stone. The most valuable of the symbols is the deer symbol, followed by the owl, the bull, the wolf and then the snake.

There’s also a wild symbol, which substitutes for all symbols apart from scatter symbols - however, it doesn’t pay out on its own. The RTP, or return-to-player, of this slot is 96.7%, which is on the higher end of average and gives you a decent return for your money. However, Secret of the Stones is a low-volatility slot, so you can expect wins to be more frequent, but smaller. There is a new ‘Max’ version of the slot, which you can choose from as the game begins or mid-play, and this gives out bigger wins, but less regularly as it’s a high-volatility version.

Free spins around the stones

The bonus features include extra free spins - you could win an additional two, three, four, five, or ten! There are also multipliers, increasing the free spins multiplier by x1 or x2, wild reels, and extra wild symbols. Here, the deer and/or owl symbols can become wild, giving you extra chances to win. Free spins are played with the same number of paylines and same wager as the spin on which they were triggered, and you can’t win any extra free spins once you’ve selected your stones, so make the most of them!

With an engaging Stonehenge-inspired theme, Secret of the Stones is sure to please players who enjoy historical slots, as well as those who like to try out games with different themes. The RTP of the game is appealing, while with two different versions available there’s something for players of every experience level. With the music, graphics and free spins feature, this is a game that you’re likely to enjoy.

NetEnt really need no introduction - they’ve been around since 1996, and the Swedish company have produced numerous popular games since then. With over 200 games, there’s plenty of choice, and Secret of the Stones is typical of their commitment to great graphics and interesting themes. Some of their most popular slots include Starburst, Gonzo’s Quest and Reel Rush, but there are so many more to try too!