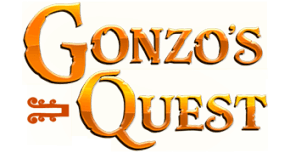 NetEnt’s incredibly popular slot game Gonzo’s Quest is based on the Spanish conquistador, Gonzalo Pizzaro. His journey through the South American jungle in search of El Dorado, the fictional lost city of gold, is immortalised across 20 paylines with an exciting avalanche feature!

First released in 2013, this game introduced players to a NetEnt fan favourite. The quirky and spirited Gonzo, who has since become somewhat of a company mascot in his quest for gold, is the perfect spin companion. Check out our review of this NetEnt classic at the bottom of the page. 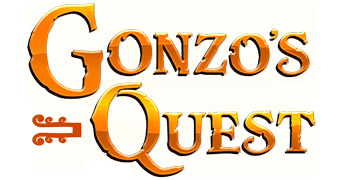 MrQ has absolutely no wagering requirements on any of its welcome offers, meaning what you win is yours to keep always. New users can sign up, deposit £20 with the code GONZO50 and play it to unlock 30 free spins on the excellent Gonzo's Quest! Better still the winnings from these spins aren't capped and everything you win is real cash.

By signing up to 888 Casino, new players are given £88 to play with - with no deposit required! Play Gonzo's Quest without spending a penny, or check out 888 Casino's huge range of slot and table games. Ready to play some more? Your first deposit is matched 100% too, giving you double the money to enjoy!

Wizard slots truly os a magical place for all slot game fanatics. Try your hand at hundreds of the best slots around. Why not journey with Gonzo on his epic quest for big wins and fun spins? Sign up and deposit £10 for the chance to win up to 500 free spins. That's an offer you don't want to miss.

What is the Gonzo’s Quest jackpot?

The most you can win in the base game is 2,500 x the bet per line, so the jackpot for a £1 spin starts at a whopping £125! However, the game’s avalanche feature increases the win multiplier for every successive win, with a maximum of 5x your win value for 5 consecutive winning paylines. In the Free Falls bonus round, the max multiplier value is increased to 15x, meaning the most you can win on a £1 spin is £1875!

What is the Avalanche feature?

In Gonzo’s Quest, every time you match a winning payline the game’s Avalanche feature is activated. When this happens, the win multiplier moves up a step (to a maximum of 5x your win value) and the winning symbols explode! The remaining symbols above drop down to fill in the gaps left, and new symbols cascade from above to complete the playboard. If you win with this new play board, the process repeats, giving you even bigger wins!

How do I activate the Gonzo’s Quest bonus round?

Free Falls is activated when you get three Free Falls bonus symbols in any payline on the first 3 reels. You are then granted 10 free spins, and will be able to win up to 15x your winnings during the Free Falls mode. Find 3 more Free Falls symbols during the free spins to be awarded with even more!

Can Gonzo’s Quest be played on mobile devices?

Yes. Like all NetEnt slot games, Gonzo’s Quest is perfectly playable in web browsers and casino apps on all Android and iOS mobile devices. Players can also count on a great gaming experience playing Gonzo’s Quest on Windows, Mac and Linux laptop and desktop computers.

Gonzo’s Quest is one of NetEnt’s most popular slot games, and for good reason! Our titular hero has jumped ship and is seeking his fortune as he searches for the fabled city of El Dorado - the city of gold. The simple gameplay and bonus rounds might not look that exciting to bonus hunters, but there's an opportunity for huge wins with the game's avalanche multiplier and free falls bonuses. so, should you seek gold by playing this game on your favourite slot sites? Read on...

Show me the way to El Dorado!

The game’s 5 reels and 20 paylines are situated at an ancient Incan temple, surrounded by greenery and backed by a golden structure. All of the cascading symbols are formed in the likeness of questionable looking human and animal faces, carved into colourful stones in a traditional Incan style.

The mix of hand-drawn symbols and backgrounds and 3D models for Gonzo works surprisingly well, creating a visually cohesive game that is pleasing to the eye.

The South American jungle ambiance is further cemented by the quiet sounds of nature, particularly birds singing, monkeys chattering, and, of course, Gonzo’s laughter, shuffling, grunts and guffaws. Each spin plays a single flute note, and the rumble of falling stones. Wins are indicated by a riff of Spanish guitar, and the bonus is serenaded by a jovial pan flute.

There are 9 symbols to contend with here, including Gonzo’s Quest’s wild and Free Fall bonus symbols. The values of these carved stone symbols are not immediately obvious from their colour, however the more intricately designed, gold trimmed human faces are worth more than the simple animal heads.

In this game, just like Gonzo’s real quest, gold is the goal - which is especially true with the game’s solid gold bonus symbol. The wild symbol is a surprisingly mute grey with just a hint of gold, not what you’d expect from the city of El Dorado. However, the colour and symbol in the centre does change whenever it is part of a winning payline.

Unlike most slot games, in which symbols are replaced in unison by a traditional series of spinning reels, in Gonzo’s Quest, the symbol stones tumble into place in an avalanche-style motion. If you’re lucky enough to hit a winning payline on a spin, the winning symbols explode, leaving gaps that are filled by the remaining symbols, and brand new symbols which cascade from above!

These cascading symbols form a large part of Gonzo’s Quest’s most notable gameplay feature, the Avalanche multiplier. Any time you win on a payline and activate the avalanche, not only are new symbols dropped onto the playboard to potentially give you another win on the same spin, but the win multiplier increases by one too!

This means subsequent payline wins are worth more, so if one spin cascades into 4 wins, you’ll get a 5x multiplier on all wins! However, when an avalanche completes and there are no winning lines, the board is wiped clean and the multiplier is reset to 1x.

The Gonzo’s Quest wild symbol pops up randomly on the reels and, like most wild symbols in online slot games, substitutes any other symbol in a winning payline (except, of course, the Free Fall bonus symbol).

Speaking of the Free Fall symbol, this solid gold carving is totally useless on its own, however if 3 or more appear in a payline you’ll be treated to 10 Free Falls (free spins) with an increased win multiplier!

Every win from these Free Fall spins benefits from a 3x win multiplier, which can increase all the way up to 15x if you are lucky enough to hit 3 more winning paylines on the same spin as the symbols avalanche.

The combination of the avalanche multiplier and the Free Fall feature can increase the value of your wins massively, however the requirements to trigger for the Free Fall round is quite difficult to hit. Unlike standard scatter symbols, which trigger bonus rounds no matter where they fall on the play table, the Free Fall bonus symbols must fall in succession on a payline.

Gonzo’s Quest is a fun and friendly game which is enjoyable for novice players and virtual slot veterans alike. Animated Gonzo here bears very little resemblance to the real life Gonzalo Pizzaro and his personal history, but he more than makes up for lack of authenticity with his qualities of entertainment and endearment.

The 96% RTP puts it in the medium-to-high volatility category, meaning on average that cash wins tend to be larger but occur less frequently. The relative simplicity and interesting bonus features make Gonzo’s Quest a fun game with chances to win big, if you’re lucky enough to hit the requirements for the bonus round.

MrQ Expands its library of slots with NetEnt games

Fan favourites from 4 more slots providers on the way too

With a cast of recognisable stars and unique money-can’t-buy prizes, this new bingo site shines. Check out the generous welcome offer and read our review!