A mystical, Celtic-themed game, NetEnt’s Druid’s Dream is sure to enchant and relax, bringing you closer to nature and letting your spiritual side run free. With 40 paylines paying both ways across five reels, there are plenty of ways to win too!

This game has some eye-catching graphics and features too, with a theme that’s slightly different to those we’ve seen before. Check out our review at the bottom of the page to find out more about Druid’s Dream.

Over 18s and new players only.
playMad About Slots

Enjoy top slots and casino games online with Mad About Slots. They boast a catalogue packed full of slot games, including favourites like Druid's Dream, the NetEnt slot that brings the magic of the Emerald Isle to the reels. New players to the casino can claim up to £1000 and 50 free spins across 5 deposits!

Terms & Conditions: New players only. Wagering occurs from real balance first. 50x wagering the bonus or any winnings generated from free spins, contribution may vary per game. Available on selected games only. The wagering requirement is calculated on bonus bets only. Bonus is valid for 30 days/ free spins valid for 7 days from issue. Max conversion: 3 times the bonus amount or from free spins: $/£/€ 20. Excludes Skrill deposits. Full T&Cs Apply.

NetEnt casinos are one of the top providers and for good reason. Featured games include the Celtic slot game, Druid's Dream. New players to Touch Mobile Casino can sign up and claim up to £200 cashback, from their desktop or on the go on mobile.

Try your hand at Druid's Dream and journey through a magical dream world in the Emerald Isle to see if you win. New players to PlayOJO can access up to 80 free spins all wager free. That's more spinning and less spending!

Over 18s and new players only.
playAll British REVIEW

The super patriotically named All British Casino boasts an impressive welcome offer of 100% up to £100. Try your luck at a live casino table or choose from hundreds of slot games. Try your hand at NetEnt's popular slots such as Druid's Dream, the magical Celtic slot.

Terms & Conditions: Welcome bonus for new players only | Maximum bonus is 100% up to £100 | Min. deposit is £20 | No max cash out | Wagering is 35x bonus | Maximum bet while playing with a bonus is £5 | Eligibility is restricted for suspected abuse | Cashback is cash with no restrictions | Skrill & Neteller deposits excluded | Cashback applies to deposits where no bonus is included.

Are there respins in Druid’s Dream?

How do you win free spins in Druid’s Dream?

When you get two scatter symbols on reels 2 and 4 in the main game or respins, you’ll earn six free spins. Meanwhile, every charged wild symbol will get you an extra free spin too. Every scatter and wild symbol involved in activating the free spins will transform into wilds and remain on the reels until free spins finish, while you might see a stack of wild symbols with a scatter on reel 3 - this will award three extra free spins.

What does the nudge feature in Druid’s Dream do? 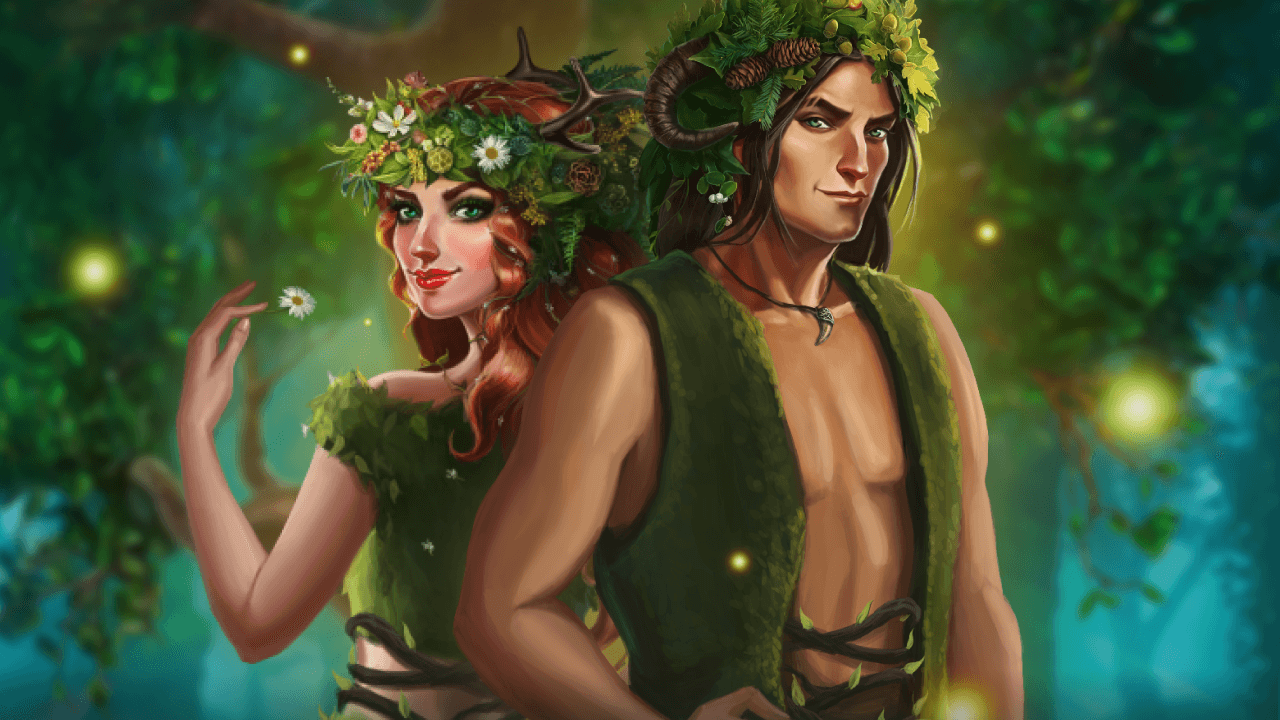 A hidden gem from NetEnt, Druid’s Dream has a peaceful premise and a fun Celtic theme that will make the forest seem better than ever before! Despite the quiet, relaxing nature of this slot, however, there are some thrilling features too - should you step into the druid’s dreams and play this game? Read on to find out...

The atmospheric graphics here are stunning, instantly transporting players to a world where everything’s calmer and slower-paced. This is an area of the forest where people don’t often travel, as it’s filled with trees and plants which you can see through the fog. The blue-green sky appears to be sparkling, and when you begin there’s a dreamcatcher in the centre of the play board, just adding to the mystique around this enchanting slot. Even the symbols with runes on them glow, adding a sort of warm calmness and tranquility to the reels.

A peaceful ambient tune plays throughout - it’s not particularly Celtic in sound, but definitely fits the leisurely pace of the game. You’ll also hear the reels spinning and occasionally the sound of birds flying by. This is truly an isolated setting where there isn’t an awful lot going on, so embrace the peaceful sounds and sit back, spinning the reels and admiring the picturesque sights of the forest.

With five reels and 40 paylines, it already feels as if there are a fair few chances to win. However, the paylines pay both ways, rather than just left to right as is the case in most slots - you really have got more opportunities to win as a result! The symbols here aren’t particularly highly paying on the face of it, but your wins could soon add up. The least valuable symbol - the blue stone - will get you a maximum of 30p from a £1 spin, while the most valuable - the white fox - will get you up to £5 from a spin of the same value.

Wild symbols can appear as single symbols on odd-numbered reels, but can appear as stacked symbols on reels 2 and 4, covering anything from one position to the entire reel. They can substitute for every symbol apart from scatter symbols, which themselves can appear at the bottom or top of the wild symbol stacks on reels 2 and 4 respectively. Wilds also pay out on their own, and are the joint-most valuable symbol alongside the white fox, so they’re useful to have around!

There are free spins on offer too - just get two scatter symbols on reels 2 and 4 in the main game or in respins and you’ll activate six! Each charged wild symbol on the aforementioned reels will get you an additional free spin, while all scatter and wild symbols involved in the activation of free spins will turn into charged wilds and remain on the reels for the duration. A stack of wild symbols with a scatter symbol can also appear on reel 3, in which case you’ll get an additional three free spins!

Feel like something a little different? If so, Druid’s Dream is well worth trying out. It’s fun and relaxing to play, with some interesting features like the classic free spins, and a reasonable RTP of 96% too. Take a trip to the forest and lose yourself in the druid’s dream - who knows what you could win?

Swedish company NetEnt have been around since 1996, so they’ve had plenty of time to perfect their slots! There are over 200 NetEnt games available to play, including Druid’s Dream, so there’s plenty of choice. From branded slots to some of the most popular games out there like Starburst, Reel Rush and Gonzo’s Quest, there’s something for everyone with NetEnt!