Out of this world NetEnt free spins 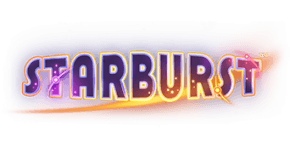 Starburst is not only one of NetEnt’s most popular games, but one of the most popular slots out there regardless of provider. It’s easy to see why, as visually-pleasing graphics combine with a timeless feel and a couple of features which are easy to get to grips with! There’s an average RTP and low volatility too, so it’s suitable for less committed players as well as those who often try their hand at slots. Find out more about the slot that continues to take the world by storm below. 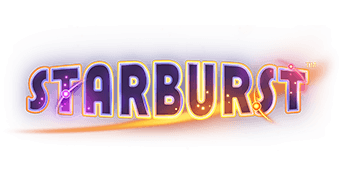 Over 18s and new players only.
playWin British Review

God save the queen! Win British is the most patriotic online casino in the UK and offers hundreds of slot games to play! New users can deposit and spend £10 to unlock the Mega Wheel welcome bonus, which includes 500 free Staburst spins as the top prize. Sign up and try your luck.

Head to Playluck to play on (arguably) the most popular slot game of 2021! New players can take advantage of Playluck's latest welcome bonus up to £100 + 150 Free Spins, which is spread across four deposits. Players can enjoy 50% up to £50 + 50 extra spins on Starburst, on the first deposit! Click the play button to explore Playluck's huge library...

MrQ was the first online bingo site to offer absolutely no wagering across all of its promotions. New players can deposit and spend £10 with the code STAR30 to claim 30 free spins on Starburst, with all winnings paid in cash!

Over 18s and new players only.
playSpela Casino

When they sign up to Spela, new players can claim a welcome offer giving them a 100% bonus up to £100 plus 100 free spins on Starburst! The site offers an enormous range of casino games, a rewarding VIP package and excellent payout times.

50 Free Spins
to use on Starburst

Over 18s and new players only.
playPlatin Casino Review

There's plenty of choice when it comes to game variety on Platin Casino. Fans of one of the most popular slot games, Starburst, will be particularly interested in the sites latest Welcome Bonus. Players will receive £25 when they deposit £25, plus 50 Free Spins on Starburst!

Over 18s and new players only.
playCasino Joy REVIEW

Join Casino Joy today and, on top of a 100% bonus up to £100, you can get 200 free spins on Starburst! Once you're signed up, you will be able to take advantage of the site's range of over 1,300 slots, casino games and even a live casino.

Over 18s and new players only.
playSlot Planet REVIEW

Slot Planet offers all the top slots from dozens of popular and independant slot game providers, including all your favourites from Eyecon, NetEnt and Thunderkick. New users can sign up for a first deposit bonus of up to £222 and claim 22 free spins on Starburst!

Terms & Conditions: 18+. New players only. Min deposit £20. Bonus spins valid on Starburst only. Bonus funds are 100% up to £222 and separate to Cash funds. 35x (bonus only) wagering requirements. Only bonus funds count towards wagering requirement. £5 bonus max bet. Bonus funds must be used within 30 days, spins within 10 days, otherwise any unused shall be removed.

One of the most popular video slots about, it’s not difficult to see why Starburst is adored by so many players! Search for gems floating in the universe as you hope to land re-spins and Starburst Wilds, marvelling at the sights in front of you. The graphics are smart, colourful and high-quality, making it visually-pleasing and great to play. If you like bonus games and free spins, you may be a little disappointed, but there’s still plenty to enjoy here.

Bursts of light and sound

In typical NetEnt fashion, Starburst has a great design that’s fun and exciting but doesn’t feel too cluttered either. Its synth-heavy soundtrack feels like a flashback to video games of years gone by - it’s pretty calming too, making you feel right at home. It doesn’t bother with the sound effects we sometimes find in other slots, so it makes for a less distracting experience.

The graphics are highly detailed, the gem symbols glistening as the various buttons and instructions glow against the deep, cosmic purple background. Particularly when considering it was released over 6 years ago, it looks really futuristic and innovative. Hover over the payline numbers and you’ll see them on the playboard, while if you hold your cursor over the neon green buttons, they’ll light up. It’s an easy slot to navigate, and there’s not too much going on that it feels overpowering.

Starbursts boasts 5 reels and 10 paylines, and the ‘Win Both Ways’ feature offers you more ways to win. Paylines read from right to left in Starburst, so your winning combinations can start from either end. As a result, there are still quite a few ways to win so it doesn’t get too boring. The amount you can bet ranges from 10p to £100 per spin, depending on how many paylines you play with and your chosen coin value.

On the play board, you’ll see 15 sparkling symbols floating in space. They’re all pretty familiar - the highest-value symbols are a Bar symbol and a 7 symbol, while the other five are all brightly-coloured gems. We have the Topaz, Emerald, Citrine, Sapphire and Amethyst to find, in order of decreasing value - but keep an eye out for all of them! Starburst might lack the backstory of other slots, with no characters to meet, but it allows you to concentrate solely on the game.

The reel star of the show

Keep a watch out for the Wild symbol, as it’s the main feature in this game. Appearing on the middle three reels, they substitute for all symbols. When they appear on a reel, they’ll expand to cover the whole reel and trigger a re-spin, giving you the chance to make more combinations. The maximum number of re-spins is three, so you could get some big wins - covering all middle reels with wilds will give you more than a fighting chance!

This NetEnt slot doesn’t really ‘do’ shiny bonus features, with Starburst Wilds being the main attraction. Its simplicity is partly why it’s such a popular game - you know what you’re getting. However, for those players who favour the more dramatic slots, it might be a little too straightforward. Besides the Wilds, the other feature of note is the ‘Win Both Ways’ function, which of course adds a little excitement to the base game.

Starburst is an entertaining slot, and one of NetEnt’s best, but with an average RTP and relatively low volatility - meaning that it pays out little and often - it’s probably best for the more casual player - particularly those who enjoy games with a timeless, classic feel. There’s no mystery about why people love Starburst so much, and why online casino sites love offering Starburst casino welcome bonuses.

MrQ Expands its library of slots with NetEnt games

Fan favourites from 4 more slots providers on the way too