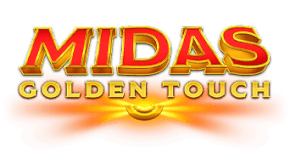 This impressive-looking Thunderkick slot is based around the Ancient Greek myth of King Midas and his golden touch - join him in his palace for some free spins, sticky respins, and symbol after symbol. Immersive and full of visually-pleasing graphics, this is a great slot to start with if you’re trying out Thunderkick’s themed slots - check out our review below to find out more. 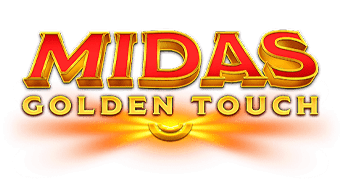 Go wild for this offer at Playzee and enjoy the glistening, golden Midas Golden Touch. Enjoy the best slot games and spin more than ever with 100 free spins and 100% bonus, up to £300 when you sign up.

Over 18s and new players only.
playMr Favorit Review

Mr Favorit is a favourite for good reason. The site boasts a wide variety of slot games to play, including Midas Golden Touch. New players who sign up and deposit at least £20 can receive a 100% bonus, up to £25. You'll also get 25 free spins!

Play Midas Golden Touch at MrQ with absolutely no wagering requirements on any of its offers. MrQ has hundreds of slot games from all the top providers - you'll be spoiled for choice. Players who verify their mobile phone number can claim 10 free spins on Midas Golden Touch.

Enjoy the World Class Welcome offer of 121% up to £300 when you sign up now and enjoy from hundreds of the best slot sites, including the glistening Midas Golden Touch. Do you have the golden touch?

How much can I win on Midas Golden Touch?

The most valuable symbols payout 75x your total bet, so from a £1 bet you can get £75. However, you can of course make multiple combinations on the same spin, so £75 isn’t technically the maximum. Complicating matters further is the Wild multiplier - it’s difficult to give a precise figure here, but combining high-paying symbols with quite a few Wilds could get you a hefty payout. You’ll have to play it yourself to see just how much you can come away with!

Where can I play Midas Golden Touch?

You can play the Midas Golden Touch slot on almost any device, whether as a desktop slot or mobile slot. Thunderkick slots are optimised for ease of use on smaller screens and touchscreen devices, so you can use your browser of choice to play the game without difficulty.

How does the bonus game work?

The RTP of Midas Golden Touch is a respectable 96.1%, which is fairly standard for online slots like this. The slot’s volatility is around the medium to high level, so you’re likely to see somewhat frequent wins of decent amounts.

Have you got the Midas Touch? Prove it in this grandiose slot that will have you living like a King in Ancient Greece. It’s got the detailed graphics and immersive theme you’ll be familiar with from Thunderkick slots, and a fun bonus game too. With a lot of symbols to get your head around, could everything you touch turn to gold too? Keep reading to find out what your chances are...

Everything to See in Ancient Greece

You’ll soon feel right at home in Midas’ palace, where the game is set. An angelic song plays, ringing pleasantly in your ears, while the graphics are pretty detailed, complete with marble and gold structures and of course the bearded Midas too. It looks very sleek and impressive, but does the game itself match up, or should you be throwing the discus instead?

There are just 15 paylines in this slot, and 5 reels with 3 symbols each give you 15 symbols in total too - standard for a slot like this. If a payline includes a Wild symbol, it’ll have a multiplier determined by the total number of Wilds in the line, so if there’s just one, the multiplier will be x2. This doubles each time the number of Wild symbols increases by one, so five Wilds will get you a multiplier of 32! However, there are a lot of majestic-looking regular symbols too, the most valuable being Midas himself, and the gold which manifests to his very touch. You’ve got the chance to win £75 from just a £1 bet, so it might not just be Midas who can turn things into gold...

The bonus features here might not be the most eye-catching ever, but they don’t disappoint either. This is where the Scatter symbols come into play - get 3 for 10 free spins, 4 for 15, and 5 for 20. Once you get into the bonus game, wins will kickstart the sticky respin, locking winning symbols in place as the reels spin again - the respins will continue until you spin and get no new winning symbols. You’ll also be treated to a single random wild symbol on the reels as you begin each spin, and if you collect another 3 Scatter symbols during a respin, it’ll retrigger your free spins, giving up 10 more!

Midas Golden Touch looks and feels great, but does its golden touch extend beyond that? It’s perhaps not the most gripping slot in the world, but the various bonus features offer enough to keep you amused for a while. The RTP of 96.1% is perfectly respectable, and the game’s volatility is medium-high, so there’s a good mix of amount and frequency when it comes to payouts. One for history/mythology buffs in particular, it’s worth trying out.

Thunderkick is one of the best-known slot providers, offered at the best online casino sites, with a wide range of games, Midas Golden Touch being just one of numerous. If you like games with a historical theme, Thunderkick also have Sword of Khans, Jaguar Temple and the cosmic Arcader, amongst others in their locker. The company was founded in Sweden in 2012, so it’s younger than many of its competitors, but it’s certainly been making waves in its short life so far.