Feel the summer breeze as you spin these secret reels

Eyecon’s Secret Garden lets you be truly at one with nature, and you have the chance to sow the seeds of success in every spin. As you go through the garden, look out for the gold garden lock symbol for double wild wins, and the red rose symbol for free games - there’s nothing better than planting some freebies.

If you enjoy games with a more relaxing theme, this could be right up your street - embrace a leisurely way of life in the secret garden! Find out more in our review at the bottom of the page...

Feel the buzz as you spin the reels amongst the bees in this Secret Garden, from Eyecon Gaming. With £20 in free spins and £30 bingo bonus you won't want to miss out on joining one of the top online casinos on the market today.

You can truly become one with nature with this slot. Watch your winnings grow as you spin with Secret Garden, a new favourite from Eyecon Gaming. Playzee brings you the best of casinos and slots, all in one place, all online. Claim 100 free spins and a 100% bonus when you sign up.

Casino giants bgo Casino now take the online market by storm. Bringing the best slot games together in one place, bgo is the obvious choice for any slot fanatic. Try your hand at the not-so-secret Secret Garden from the hugely popular Eyecon Gaming.

Sign up to Vegas Luck and deposit £10 for a chance to win up to 500 Free Spin with the Mega Wheel! Play over 550 casino games including casino classics and your favourite Eyecon Gaming slots like Secret Garden, the nature filled slot with 25 paylines to win on!

NetEnt casinos are one of the top providers and for good reason. Featured games include the hit slot game, Secret Garden, the slot that will have you feeling the magic of being in a natural hidden wonderland. New players to Touch Mobile Casino can sign up and claim up to £200 cashback, from their desktop or on the go on mobile.

What is the bonus round in Secret Garden?

The bonus round in this Eyecon slot consists of free games. To trigger 15 free games, simply find 3 or more red rose symbols anywhere on a spin. Free games are played using the same paylines and wager as the triggering game, and can be retriggered a maximum of 15 times - all prizes are tripled during free games too.

The Gamble Bonus pays double or nothing on the last win; you’ll be faced with two choices, and it’s up to you to go for the right one. Although each bonus round is an independent event, play will continue until either you select Take Win, you make five correct selections, you get one incorrect, or you make £32,000 from your next win.

What's the return-to-player of Secret Garden? 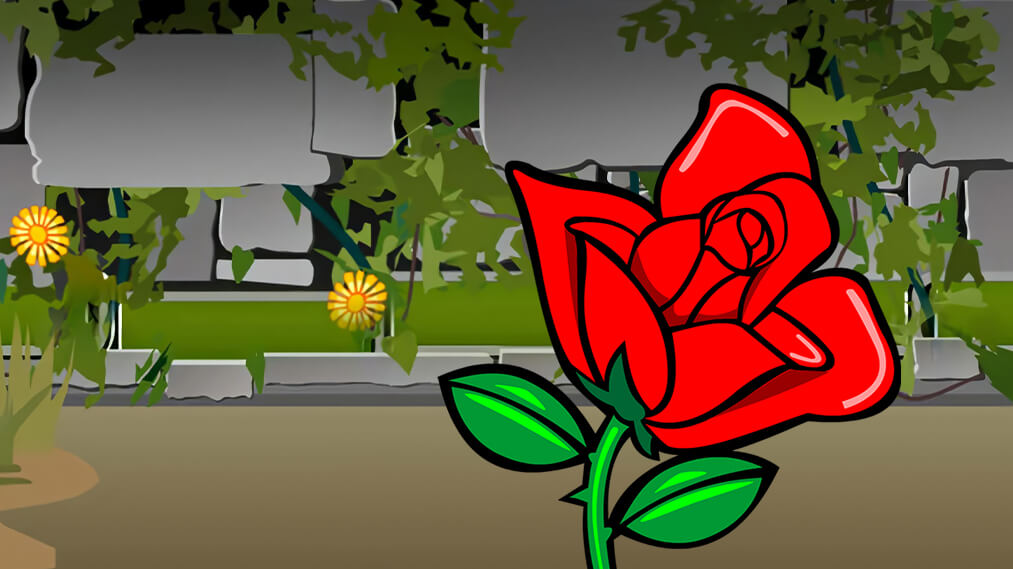 Secret Garden might be one of Eyecon’s best-kept secrets, as you wander through nature and see the plants and animals who make this private park their home. There are even free games hidden in this garden amongst the grass and leaves, giving you extra chances to win - read on to find out if it's worth you travelling down here too...

The graphics in Secret Garden aren’t the most sophisticated, but have a sort of hand-drawn quality that adds to the charming nature of the slot. There’s plenty of green, as you’d expect from a garden, secret or otherwise, as the play board is a block of green and there are a range of plants creating a border of sorts around it. Standing out against all of this greenery are some brightly-coloured symbols, from red roses and ladybirds to striking blue butterflies and yellow flowers.

In the background there’s a grey brick wall, which presumably keeps the Secret Garden away from anyone who might stumble upon it, and everything that’s kept inside. However, there’s hardly any sound here. Perhaps that’s so the animals in the garden aren’t scared off, but either way, excess music isn’t really needed. There are some quick sound effects when you spin, as you’d expect in most slots, and it’s more than sufficient.

Locking in the paylines

In the garden, there are five reels of three symbols each, and 25 paylines. All line wins pay from left to right, and are multiplied by the wager per payline, so you know what you’re getting into. The paylines are fairly normal, and the symbol combinations are ones you should be familiar with. Quite a few symbols appear here too - 11 normal symbols, a wild symbol that also pays out, and then the scatter symbol that - you guessed it - pays out too.

The least-valuable symbols are the ladybird and butterfly, and the most they can win you is £4 from a £1 bet. From here, the value of the symbols begins to gradually increase, so the tree and toadstool symbols will get you £5, and the most valuable regular symbols - the rainbow and sun - could both win you £38 if you get five of them in a combo! However, the gold garden lock symbol, also a wild symbol, is the most valuable of all, and could win you a huge £380 if you play your cards right...

With the red rose symbol, you might be able to get some free games ready to play. Just find three or more of the symbols, and you’ll win 15 free spins. During free games, every single win is tripled, so if you match some of the more-valuable symbols you’ll be laughing all the way to the (river) bank! You can retrigger free games a maximum of 15 times, and they’re played using the same paylines and wager as the triggering game.

The gold garden lock symbol, being a wild, substitutes for all symbols except for the above, and when appearing in a line win will double your prize! Meanwhile, the scatter symbol pays out too, with wins multiplied by the total wager, so you could win £450 from a £1 bet! We can’t forget about the Gamble Bonus either - they’re commonplace across Eyecon slots, so you might already be somewhat familiar with the feature. In short, it gives you the chance to win double or nothing on the last win by selecting one out of two given choices. You’ll keep playing until either you select Take Win, select an incorrect choice, make five correct selections, or the next win would be over £32,000.

An average RTP and medium volatility may not jump out at you straight away, but if you give this slot a go for the pleasant theme you might just stick around. Although there isn’t an abundance of bonus features, there’s enough to go round, and there are some tantalisingly high-paying symbols too. After a few big wins, we bet you won’t be keeping this garden a secret any longer...

Eyecon first came about in Australia as a computer games company in 1997, but first made waves developing slots when it brought us Fluffy Favourites back in late 2017. It boasts plenty of online slots, scratchcards and bingo games in a range of themes, including Beez Kneez, Kiss Me Clover, Beat the Bobbies and of course the Fluffy games too - Secret Garden fits right into the collection seamlessly.