Will you strike Gold with this Gorilla Megaways slot?

A Blueprint slot, Gorilla Gold Megaways sees you make your way through the jungle, as you do your best to get some wins under your belt. With the Megaways feature, there are plenty of ways to win, so you can swing through the six reels here to your heart’s content!

With a decent RTP and high volatility, this slot isn’t for the faint-hearted but has the potential to dole out some pretty tasty wins - check out our review at the bottom of page to get the lowdown on this Megaways game from Blueprint.

Spin your way to a win of up to 500 free spins on the Mega Wheel when you sign up to bgo Casino. Play all your favourite online slot games, including Gorilla Gold Megaways, the jungle slot that will have you beating on your chest!

Find hundreds of the best slot games, including Gorilla Gold Megaways at 21Casino, a top choice for slot game and casino game enthusiasts. With a terrific welcome offer, claim a 121% bonus up to £300 when you sign up. You'd be bananas to miss out.

Join BetVictor today and wager just £10 to claim £90 in casino bonuses to be used on a range of games. BetVictor have over 700 games on offer including slots, table games and progressive jackpots. Play Blueprint's Gorilla Gold Megaways and see if you can grab yourself a mega win!

Why not see if this casino is the one for you and grab the chance to bag some big wins with these free spins? CasinoEuro boasts a huge 200 free spins welcome offer, so try out all the top games, online all in one place! See if you'll go monkeys as you see gold in Gorilla Gold Megaways.

Over 18s and new players only.
playTrada Casino REVIEW

With an impressive selection of casino games and slots, Trada Casino is sure to delight. Why not try your hand at Gorilla Gold Megaways and claim an incredible welcome offer of up to 150 free spins and start spinning to get winning.

How many ways are there to win in Gorilla Gold Megaways?

Instead of using traditional paylines, Gorilla Gold Megaways utilises the Megaways system. As a result, each spin can have up to 470,596 ways to win. Wins are awarded on left to right adjacent symbols regardless of size. Each of the four windows has a total of 117,649 ways to win, so x4 we get 470,596 in total.

What is the Gorilla Gold Bonus?

The Gorilla Gold Bonus is activated when you get four or more scatter symbols on any window at once. During the feature, you’ll spin the bonus wheel to win up to 35 free spins or 30 super spins. There’s an unlimited win multiplier during free spins and super spins, while during super spins you can collect Golden Gorillas to unlock extra windows, while each unlock will also grant you five extra spins.

Is there a gamble feature in Gorilla Gold Megaways?

Yes. There is a free spins gamble, during which you have the chance to gamble the number of spins that you start with. Win or lose and you’ll be awarded the relevant number of spins, while selecting ‘Take Spins’ will award you the free spins and kick off the bonus round. 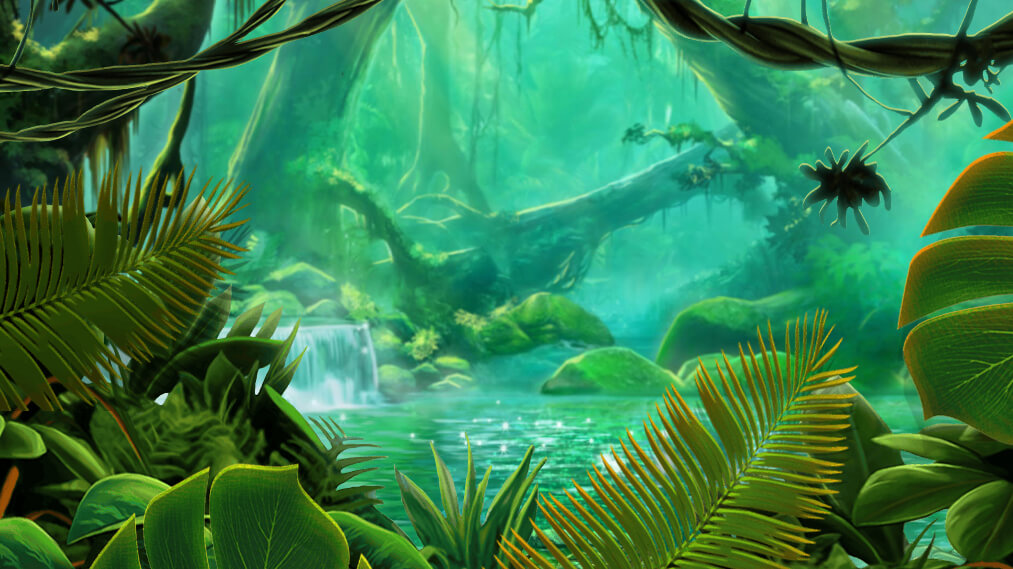 Another Megaways slot from Blueprint, there’s a lot going on in Gorilla Gold Megaways! The titular gorilla rules the roost here in the jungle, and what he says goes - so he’s made some exciting bonus features available for you to try out, if you’re lucky enough…

Should you meet the gorilla and give this exhilarating slot a go? Read on to find out...

See no evil, hear no evil

It’s almost an assault on the senses - there’s an awful lot going on when you start playing this Blueprint slot! The play board is full of bright colours, and the animal symbols all look pretty realistic, though you might not want to come across them in a dark alley. The background of each window is earthy brown, with a wooden border, and the overall background is very much that of a rainforest, with green plants, trees and leaves and some water running through too.

The music is a nice touch too - it’s the sort of thing you’d expect to hear on a jungle-themed game like this, and it definitely adds to the exciting atmosphere. Blueprint games are often quite immersive and engaging, and Gorilla Gold Megaways is definitely not an exception - from the rich colours to the rhythmic music, you won’t want to take a breather!

What sets Gorilla Gold Megaways apart from other slots is the four windows - each one encompasses what would normally be the play board in itself. The four windows all have six reels each, but there’s no guarantee how many symbols will be on the reels at any time. As Gorilla Gold Megaways utilises the Megaways feature, each spin offers you up to 470,596 ways to win - up to 117,649 on each window. Wins are awarded on left to right adjacent symbols regardless of size.

This slot has cascading symbols too - each winning symbol forms part of a reaction, with cascading symbols from above the reels or from the right of the top symbols coming down to replace them, as they disappear. There are quite a few different symbols to find, from the letters and numbers you’ll recognise form other slots, to plenty of wild jungle animals. Unsurprisingly, the gorilla is the most valuable, but you should look out for the tiger, crocodile and snake too!

Striking Gorilla Gold on the bonus

Get four or more scatter symbols on any of the four windows, and you’ll trigger the Gorilla Gold Bonus! Here, you’ll have the chance to spin the bonus wheel to win up to 35 free spins or 30 super spins. An unlimited win multiplier will be active on both - during free spins, it’ll increase by one after every cascade, while the positions above the reels can reveal more scatter symbols to bring you extra free spins!

If you’re going in for super spins instead, the multiplier still increases by one after every cascade, while you have the chance to collect Golden Gorillas to unlock extra windows and even more spins! After 30 Golden Gorillas, you’ll have an extra three windows and a cumulative total of 15 additional spins too. There’s also the free spins gamble feature - if you’d like, you can gamble the number of spins you’re starting with. Whether you lose or win, you’ll simply be awarded the relevant number of spins - just select ‘Take Spins’ to be awarded them and get going!

Unless you prefer more basic, stripped-back games, Gorilla Gold Megaways is good to try out. Yes, there’s a lot going on here, but it’s all part of the fun - you never know just what you’re going to walk away with, and with a high volatility, you could get some huge wins. Just be warned - you can never quite predict what’s going to happen with this gorilla...

Blueprint Gaming have been going since 2011, and despite being founded in the UK are part of the German-based Gauselmann Group. They’re small compared to some of the biggest names, but they have a number of high-quality slots, both branded and unbranded. They have a lot of Megaways games too, with Gorilla Gold Megaways being just one of many. Other popular slots from them include King Kong Cash, Ted and Fishin’ Frenzy.