Will you uncover One-Eyed Willy's buried treasure with The Goonies?

Ever wished you were part of the iconic 1985 movie? Now, as Blueprint provides The Goonies in slot form, you can! Well-known for their branded slots, they now give you the opportunity to go on an adventure with Mikey, Chunkz and the rest of the gang.

Full of bonus features and modifiers across 20 paylines and five reels, fans of the movie are sure to enjoy this slot. To find out if it could be one for you, check out our review at the bottom of the page.

Become part of the gang as you join the Goonies searching for buried treasure in this hit slot. Playzee brings you the best of casinos and slots, all in one place, all online. Claim 100 free spins and a 100% bonus when you sign up.

Find the buried treasure as you join Mikey, Chunkz and the gang in this Blueprint branded slot, The Goonies. With 10 free spins and £30 bingo bonus you won't want to miss out on joining one of the top online casinos on the market today.

MrQ was the first online bingo site to offer absolutely no wagering across all of its promotions. New players can deposit and spend £10 with the code STAR30 to claim 30 free spins on Starburst, with all winnings paid in cash! Or why not join the gang as you search for One-Eyed Willy's buried treasure?

With thousands of casino games and slots on offer, Videoslots is one of the largest online casinos in the UK. Make your first deposit and claim a 100% match deposit, plus £10 extra cash. Play your favourite Blueprint Gaming slot titles including The Goonies. Join Mikey, Chunkz, and the rest of the gang while you search for the buried treasure.

Karamba offers slots and casino fans a 3 part welcome bonus that includes a £50 deposit match bonus plus 100 free spins, awarded over 3 deposits. Those spins can be used on any one of the qualifying games, including Blueprint's The Goonies! Play casino games, live casinos and bet on sports games on Karamba.

What modifiers feature in The Goonies?

There are six modifiers which form One-Eyed Willy’s Riches. The first three are Truffle Shuffle Wilds, in which wilds overlay the reels, Mikey’s Hidden Riches, in which a reel will turn into stacked wilds, Data’s Colossal Symbols, in which three adjacent reels turn into a colossal symbol. The others are Mouth’s Lucky Coins, in which the mystery symbol will appear with another symbol inside it, One-Eyed Willy’s Bonus Boost, in which additional bonus symbols can be added, and Sloth’s Win Spin, where you’re guaranteed a big win. There are a further two modifiers which will turn a loss into a win, either by revealing a win or resetting the reels.

Is there a bonus round in The Goonies?

Yes. You can enter the bonus by achieving three or more bonus features in view. You will then spin the wheel, which will stop on one of six features, giving you a bonus. The six bonuses are the Fratelli Hideout Bonus, the Skeleton Organ Bonus, Super Sloth Free Spins, Goonies Go Wild Free Spins, Inferno Free Spins, and One-Eyed Willy’s Treasure Bonus.

How does the feature gamble work?

When you win a feature - excluding One-Eyed Willy’s Treasure Bonus - you can either collect the feature or gamble in an attempt to win one of the other features. You’ll be shown a screen with all six features ranked in order of typical payout. If you gamble and win, you’ll see your new feature, eliminating the features below. You can either collect this feature, try to get to the top feature, or land on the mystery win segment, where you’ll be awarded a mystery win prize. 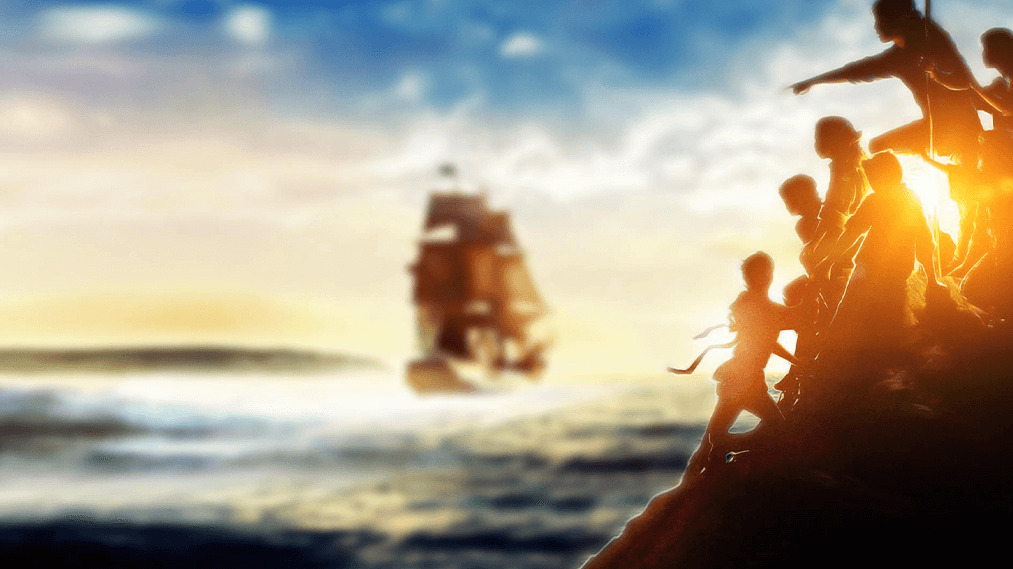 Blueprint are back with another licensed slot, and this time it's The Goonies who get the slot treatment! Their adventure is brought to your favourite device, so meet the gang and take a look at the map. Sticking true to the spirit of the movie, there are some great features here, along with impressive visuals and sound effects. Is it worth giving this branded Blueprint slot a go? Read on to find out...

I love the dark, but I hate nature

The soundtrack is one thing that really sets this slot apart from others. While there’s nothing wrong with more generic adventure-themed games, this one has a real Goonies touch, with sound effects taken from the movie itself - the music makes this a dramatic game, and the rest of the sounds here are sure to transport you right back to the moment when you first watched this iconic film.

It’s not just the sounds that Blueprint get right either - this is a great-looking slot. As much as this is certain to appeal to fans of The Goonies, you don’t have to be an aficionado to enjoy this game thanks to the graphics. The play board takes its place overlaid across a detailed map which looks much like the one in the film, and there’s a lot of bright colour to be found in the symbols, contrasting expertly with the background. The detail is commendable, the wooden table the map lies on looking extremely realistic, and fans will notice little throwbacks to the movie too.

The RTP of this slot is 96%, about average, and there are five reels all of equal size, for 15 symbols per spin. Most of the 20 paylines are unsurprising, and the sort of paylines you’d expect to see; as usual, we’re starting from the leftmost reel and moving across to the right. There are some low-value symbols, as well as those which pay out higher sums - the most valuable symbols pay out ten times as much as the least valuable, so keep an eye out for the jolly roger symbol and silver coin symbol in particular.

Meanwhile, there are a few different modifiers which you might trigger randomly as you spin. You could see wild symbols overlaying the reels, a reel becoming full of stacked wilds, three reels turning into a colossal reel, extra bonus symbols being added to the reels, or something else entirely! Then, there are two extra modifiers which may pop up when you lose on a spin. Either a scythe can appear, resetting the reels into a win, or a cave collapse will occur to reveal a win.

If you get three or more scatter symbols anywhere on the reels from a spin, you’ll be awarded the bonus. Here, you need to spin the wheel, on which there are six different segments each representing a different bonus feature. Thus, the one you land on determines which feature you get given.

The features on offer are the Fratelli Hideout Bonus, the Skeleton Organ Bonus, Super Sloth Free Spins, Goonies Go Wild Free Spins, Inferno Free Spins and One-Eyed Willy’s Treasure Bonus. When you win a feature, you’re also allowed to gamble it to try and win another of the game’s features.

Branded slots can be risky business, but Blueprint get it right with The Goonies. There are so many features here that fans will love, and the sights and sounds really stay true to the film. However, you don’t have to be a fan to enjoy. There’s plenty here to keep you gripped, and with a reasonable RTP of 96%, there’s no reason not to give this slot a go.

Founded in 2011, the UK-based Blueprint Gaming are part of the German Gauselmann Group. They provide a lot of licensed slots, from The Goonies to King Kong Cash, Ted and Sausage Party, as well as many of the Megaways games too. Although they’re still a fairly small provider, their games are all high-quality, with some great themes and features on offer.