Try your hand at this electrifying slot game from Microgaming

Microgaming’s Thunderstruck focuses on Thor, Norse god of thunder, as he exerts his might amidst some dark skies. With 5 reels, 9 paylines and free spins, this Viking-themed slot is something of a classic, so you’re sure to have fun as you make your way through the stormy surroundings.

Wins in the bonus round are multiplied by 3x, so you’ve got the potential for success here. Yes, it might not be the most creative slot ever in terms of graphics, but the features are certainly eye-catching. Check out our review of this Nordic slot at the end of the page.

MrQ was the first online bingo site to offer absolutely no wagering across all of its promotions. New players can deposit and spend £10 to claim 30 free spins. Try your hand at the exciting Norse mythology themed Thunderstruck and see whether you can take on the god of thunder!

Terms & Conditions: 10 Free Spins credited upon your first £10 deposit on Stampede slot only, valued at 25p per spin. Free spins must be used within 48 hours of qualifying. All winnings are uncapped and credited to your real money balance. To qualify customers must successfully verify their mobile number. Qualifying customers will receive 10 free spins on Midas Golden Touch slot game. Max stake per free spin bet is 25p. Full T&Cs apply.

Wizard slots truly os a magical place for all slot game fanatics. Try your hand at hundreds of the best slots around, including the electric Thunderstruck. Sign up and deposit £10 for the chance to win up to 500 free spins. That's an offer you don't want to miss.

Start spinning to get winning at Bet365 Casino, one of the top online casino sites around. Come and see why it's a favourite, with hundreds of slot sites to choose from, including the electrifying Thor themed Thunderstruck, you'll not get bored!. Claim a 100% bonus up to £100 when you sign up.

PlayOJO is a top online casino and for good reason. From online slots and now bingo, it's got everything you could want from an online casino all in one place. Try your hand at the Thor slot game, Thunderstruck, and see whether you can hammer out a big win! Up to 50 wager spins at PlayOJO make this offer even more enticing. 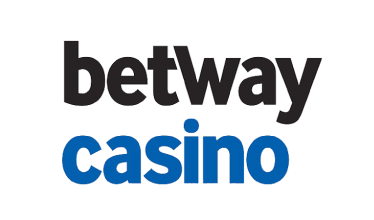 Join the immensely popular betway Casino for the opportunity to play all your favourite casino games in one place. Find a huge selection of slot games, including Microgaming's Thunderstruck and claim up to £1000 as a welcome bonus!

What are the minimum and maximum bets on Thunderstruck?

There’s a wide range of bet values in Thunderstruck, giving you a lot of freedom in how much money you spend on each spin. The lowest bet per spin is just 9p, while the highest is £45 - 500x higher. In between, there are numerous options to suit every preference - the closest to a regular £1 spin is the 90p spin.

What bonus features does Thunderstruck have?

Thunderstruck offers free spins, which are activated when you find 3 or more Scatter Rams on the play board - all wins are tripled during free spins, and you’ll get a Scatter Win too. You win 15 free spins, and this number can be activated again during the feature. All bets and lines played are the same as the game that started the free spins feature. Moreover, if you get a win with Thor as a Wild symbol, it will double your win.

How many paylines does Thunderstruck have?

Thunderstruck has nine paylines, all starting from the leftmost reel. Every Thunderstruck win pays left to right, apart from Scatter wins, which pay wherever they are on the play board, and only the highest win is paid per line. All wins are multiplied by the credit staked per line too, again except for Scatter wins. 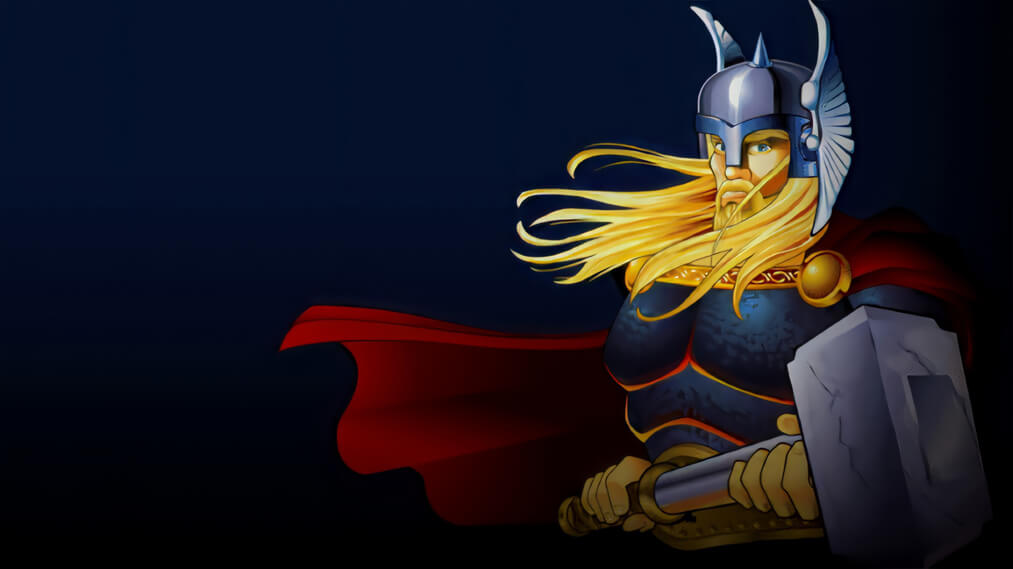 It’s no surprise that Thunderstruck is one of Microgaming’s most popular slots. The gameplay is basic but engaging, making it easy for anyone to pick up quickly, as you spend time with the god of thunder wreaking havoc on the play board. There might not be much in the way of bonus features, but you’ve still got plenty of chances to win big, so is it worth giving this slot a try? Keep reading on to get the lowdown...

Can’t you hear that thunder?

There isn’t much in the way of sound, so keep an ear open when you spin the reels. There’s a tense - if a little simplistic - tune playing when you spin, but a crash of lightning when you find Scatter Rams and a bit of thunder when you get a win. It certainly grabs your attention, and perhaps is even more emphatic due to the lack of music elsewhere on the slot.

There’s a little more to the graphics, but if you’re used to high-quality video slots, you may still find this game a little lacking. There’s a background of a dark, stormy sky which looks pretty realistic, and some cartoon symbols too. Letters and numbers are golden against the stone they’ve been carved into, and Thor’s hair waves in the wind when his symbol pops up. There’s quite a rough-around-the-edges, Viking-style quality to the graphics, so they aren’t as refined as in other slots but definitely fit the theme well.

Storming across the paylines

Nine paylines might seem a little on the low side, but luckily all symbols pay out well. The most valuable symbols have a strong Viking theme, like the staff and hammer of Thor himself, as well as a castle and a crash of lightning. From just a 90p spin, you can win £75 by matching five hammers, while even the lowest-value symbol - the humble 9 - could see you £10 up from the same 90p spin.

The paylines all pay from left to right, and as there are just nine of them, they’re fairly typical for a slot. Of course, only the highest win is paid per line, and all wins pay from the leftmost reel. Scatter symbols pay out too, although they aren’t multiplied by credits staked per line like the other wins - instead, 5 of them will see you win 500x your bet!

When the weather goes wild

Although there isn’t an abundance of bonus features in this Quickfire slot, the free spins feature is one to look out for. Get 3 or more Scatter Rams to win 15 free spins, and you’ll be able to triple your wins too! You even have the chance to activate a further 15 free spins while you’re playing with the first lot, so you could be on these spins for a while! All bets and lines played are the same as on the game which triggered the feature, so of course that part depends on you…

You might also see Thor himself pop up from time to time. He pays out pretty well, with the potential to win £1,000, and he substitutes for all other symbols apart from scatters. Any win in which he acts as a wild symbol will be doubled too, so if he was to help you get five hammer symbols in a payline, you could win £150 from just a 90p bet!

There’s a lot to like about Thunderstruck, particularly if you don’t enjoy games where the glitzy features threaten to overshadow the gameplay. Although it’s basic in parts, the theme is still fun and there’s enough to hold your attention. Meanwhile, the RTP or return-to-player is reasonable at 96.1%, and the medium-high volatility of this Microgaming slot makes it suitable for players who don’t mind taking the occasional risk. Overall, it’s a fun slot that’s definitely worth trying out.

Quickfire comes from industry giant Microgaming, and has fast become one of the leading platforms for online, browser-based slots. It boasts over 400 games, with other mythical slots including King Arthur. Some of their most popular slots alongside Thunderstruck are Mega Moolah and Volatile Slot, as they offer plenty of ways to win alongside some entertaining themes.