Microgaming is a software provider that has operated in the online gambling industry for over two decades and the brains behind successful slot games, Mega Moolah, Thunderstruck and Thunderstruck II. You can play Microgaming titles via Quickfire at hundreds of casinos online. Here's our list of the best Microgaming casinos of 2021.

Karamba casino is home to over 300 games including popular Microgaming slots like Avalon and Game of Thrones. Sign up and deposit to get a 100% match bonus up to £50 plus 20 free spins. Deposit another £10 the following two days and you can claim 80 more free spins! 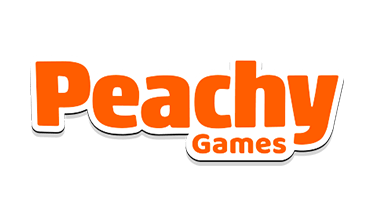 Over 18s and new players only.
playPeachy Games Review

Peachy Games has exactly what you'd expect - tonnes of the best slot and casino games! Play the best and most popular Microgaming games. Sign up and make a deposit to collect a 100% bonus up to £50 and 20 free spins on Book of Dead!

Over 18s and new players only.
playSlotnite Casino Review

Slotnite Casino has a great design and fantastic range of games on offer, including top offerings from the extremely popular Microgaming. Sign up and deposit to claim a 100% bonus up to £250, plus with 100 free spins up for grabs, you won't be able to resist!

Over 18s and new players only.
playCasushi Casino Review

Microgaming Gaming has been creating some of the most popular games on the market, including the Thunderstruck slot series! You can find Microgaming games at Casushi, and enjoy a hefty £50 bonus and 50 free spins while you do it.

Up To 50
Bonus Spins

Nektan provides yet another top Casino with Touch Mobile Casinos. The site boasts a range of games from online slots to scratch cards and casino games. Find the best Microgaming provided games online and Touch Mobile Casino and enjoy a bonus 50 free spins.

Founded in 2000, 21 Casino has nearly two decades of online casino experience. Join to claim a 121% cash bonus up to £300 on your first deposit. Have your pick of hundreds of popular slot and table games alongside huge progressive jackpots like the popular Microgaming Mega Moolah series.

Terms & Conditions: 18+. New players only. Minimum deposit of £10. Bonus funds are 121% up to £300 and separate to Cash funds. 35x bonus wagering requirements. £5 max bet with bonus. Bonus must be used within 30 days otherwise any unused bonus shall be removed. Terms Apply.

Bet365 has everything an online casino player could want. Choose from hundreds of slot games or join a live casino table and try your hand at blackjack or roulette. Sign up and deposit using the promo code BONUS100 to get a 100% cash bonus up to £100 with low 15x wagering requirements.

If you’re feeling patriotic and want a site celebrating Great Britain, All British Casino is decked out in red, white and blue. Join today and deposit to receive up to £100 in bonus cash, plus lifetime 10% cashback on lost deposits! Choose from a huge variety of Microgaming casino games including Immortal Romance, Book of OZ and Thunderstruck II.

Play OJO is known as ‘the fair casino’ for a reason. There are no wagering requirements, cashback on every spin and hundreds of the best slot games. Join and make your first deposit to receive up to 50 free spins on Book of Dead. All winnings are yours to keep and available to withdraw straight away!

Founded in 1946, BetVictor has over 70 years of betting experience. Join and wager £10 on casino games and receive a £90 bonus package to play on slots, table games, instant win games and live casino. Find over 700 games to choose, including popular slots like Avalon, Playboy and Book of OZ.

Over 18s and new players only.
playHeySpin Casino REVIEW

HeySpin is a top choice for players looking for a fun and fresh online casino. And with lots of Microgaming slot games, like the award winning Mega Moolah, players will be spoilt for choice. New players can claim a 100% welcome bonus when they sign up and deposit.

32Red is a Microgaming casino stuffed with hundreds of fun slots, table games and full live casino experience. Join 32Red and be treated to £10 bonus cash – no deposit required! You can use this on over 300 casino games and if you deposit £10, you’ll be treated to an additional £32 to play with.

Before its release, only casinos running on the Microgaming Viper System were able to offer the brand’s slot and casino content to players.

Quickfire currently supports over 400 game titles and is available on all devices across hundreds of top casinos including Bet365, Play OJO, Videoslots and BetVictor.

Microgaming was a founding member of e-Commerce and Online Gaming Regulation and Assurance, otherwise known as eCOGRA.

eCOGRA is an independent testing and certification body focused on ensuring player protection, game fairness and responsible gambling practices online in the UK and abroad.

An iGaming brand is eligible for one of eCOGRA’s four prestigious seals if it meets and maintains necessary compliance standards, referred to as Generally Accepted Practices (eGap). The seals are: 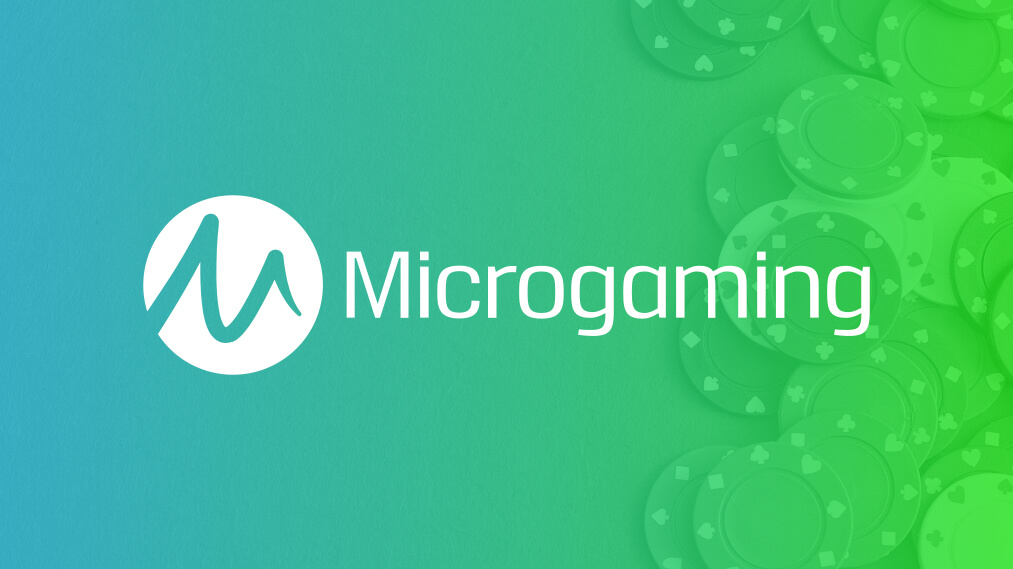 Over the past 25 years, the company has released the industry’s first mobile casino platform in 2004 and even a slot game for the Samsung Galaxy Gear Smartwatch in 2014.

However, Microgaming’s achievements didn’t stop there. The company is also one of gambling’s most proficient games providers, developing and launching over 850 original slot and casino variants since 1998.

Some of the most popular Microgaming slot games are:

Immortal Romance is a vampire-themed game telling the tale of Amber, Troy, Michael and Sarah. It has stunning graphics, eerie music and 243 ways to win. Its vast popularity resulted in a bingo spin-off.

The slot’s main bonus feature is the Chamber of Spins is accessible if you land three or more Lion Door Knocker symbols. Once entered, each character has a corresponding bonus round with up to 25 free spins on offer.

An update to the classic Thunderstruck slot, this Norse-themed game is one of the most popular slot games ever released. The game features mythological gods like Thor, Odin and Loki and has plenty of bonus features with generous multipliers.

Land three or more Hammer scatter symbols and you’ll open The Great Hall of Spins. Once you’ve stepped into the Great Hall, you can choose between four more bonus features. Trigger the random Wildstorm feature and you could win 1,000 times your stake.

Set in a mysterious underwater world, Mermaids Millions is a fast-paced game with engaging graphics, treasure chest bonus game and left to right paylines. There are 15 paylines and lots of aquatic pay table symbols.

Unlock the Treasure Bonus and you’ll get to pick three objects, each revealing a unique cash prize. There are also plenty of free spins on offer and all wins are tripled! It’s an older Microgaming slot game, but is still very popular.

Based on the legend of King Arthur and the Knights of the Round Table, Avalon II is a sequel packed full of breathtaking 3D graphics, interactive features and 243 pay lines. There are lots of bonus features including an expanding wild, Merlin scatter symbol and the Grail Bonus.

Land three or more Grail symbols and you’ll start your quest to retrieve the Grail and return it to Avalon. You’ll also get the opportunity to play one of eight mini bonus games with multipliers, free spins and cash prizes.

Leagues of Fortune will take you into the watery depths of the ocean. Decorated with pirates and divers alike, the game features 1025 pay lines with two-way wins and a gamble bonus.

If you unlock the gamble feature, it’s more than just a picking exercise because you’re able to adjust your odds and have the choice to either bank a portion of your winnings or risk the lot.

Three or more Pot of Golds will trigger the Trail of Fortune bonus which is a path, lined with prizes. If you get to the end of the road, you’ll win 1000x your original wager.

Trademark slot games are themed around famous TV shows, popular blockbuster movies and popular well-known brands. To create a branded slot machine, a company must first obtain the rights to use the name and likeness of the trademarked asset.

Other slot providers like NetEnt, Slingo and Big Time Gaming have followed suit and produced their own co-branded slots, such as Aliens™, Who Wants To Be A Millionaire™ and Britain’s Got Talent™.

Microgaming is famous for its progressive jackpot slot games such as Mega Moolah, Major Millions and King Cashalot.

The total jackpot value for each game consists of a predetermined amount provided by Microgaming, known as a seed, and a small portion of players’ bets.

The size of the jackpot seed varies between games but can be up to £1 million! This helps to encourage players to continue playing after the main progressive jackpot is won and the larger prize pool has been reset.

Thanks to the wide distribution of Microgaming slot content, progressive jackpot amounts can accumulate quickly across the network and produce record-breaking winners.

The jackpot trigger differs between slot games, some require you to trigger the bonus game, while others play the progressive jackpot in the main game.

What we know for sure, is that the higher a player’s stake is, the greater their chances of winning the full pot. However, that isn’t to say you can’t win with a smaller wager; the player who won on Mega Moolah in 2015 wagered just 25p, beating odds of one in 1.1 billion!

To qualify for the progressive jackpot, you must make an additional side bet alongside your original stake. The jackpot is triggered when a particular hand is dealt which is shown at the top of the game.

Although Microgaming isn’t dominating the live dealer space, the company teamed up with Playboy in 2013. This wasn’t Microgaming’s first partnership with Playboy, as they’d launched a slot game in the same year, but the Playboy Live Dealer has proven to be a hit.

The rules and set up is the same as any standard live dealer casino, however, it’s a unique and realistic gambling experience where all dealers are dressed in Playboy attire – bunny ears and all.

The quality and variety of other Microgaming live dealer games doesn’t quite rival those of Playtech and Evolution Gaming due to smaller distribution, robotic dealers and a lack of studio ambience, but there is a solid selection and you can play multiple games simultaneously.

What's The Secret To Winning A Progressive Jackpot Slot?

Psst...we've revealed the secret to how you can win a progressive jackpot!