Thunderkick’s Carnival Queen is a slot with a theme of its own! There’s a Brazilian carnival atmosphere, and contains six reels and an exciting 4096 ways to win.

Unlike any other game in tone and theme, there’s a lot in Carnival Queen that sets it apart - if you can get to the bonus game you'll have well and truly embraced the carnival spirit, so should you go for it? Check out our review at the bottom of the page.

Play Carnival Queen at MrQ with absolutely no wagering requirements on any of its offers and see if the Brazilian festival will get you in the party mood. MrQ has hundreds of slot games from all the top providers - you'll be spoiled for choice. New users can sign up and deposit £10 to claim 10 free spins on Stampede.

By signing up to 888 Casino, new players are given £88 to play with - with no deposit required! Play Carnival Queen without spending a single penny, or check out 888 Casino's huge range of slot and table games. Ready to play some more? Your first deposit is matched 100% too, giving you double the money to enjoy!

Find hundreds of the best slot games, including Carnival Queen at 21Casino, a top choice for slot game and casino game enthusiasts. With a terrific welcome offer, claim a 121% bonus up to £300 when you sign up. This slot is stylish and classy, built for those looking for the shining lights of glamorous Hollywood.

Carnival Queen celebrates all things carnival and party. Will you have a celebration when you play this Thunderkick slot? Join slotsmagic and claim 75 free spins when you sign up and deposit £10. Who could resist a deal as good as that?

Join Novibet today and deposit to double your cash with a 100% welcome bonus to play your favourite casino games. Choose from popular slots like Carnival Queen as well as live dealer table games. Will this Brazilian festival get you winning and feeling like you're at a party?

Does Carnival Queen have a bonus game?

How do you win in Carnival Queen?

In Carnival Queen, there are 4096 ways to win. The aim is to match combinations of symbols across the reels, beginning with the leftmost reel - this slot does not utilise conventional paylines, instead offering many more ways to win.

What is the avalanche feature?

When symbols are included in wins, they’ll be removed from the play board, being replaced with new and/or existing symbols that drop down from above. This will continue in the base game until there are no new winning combinations. 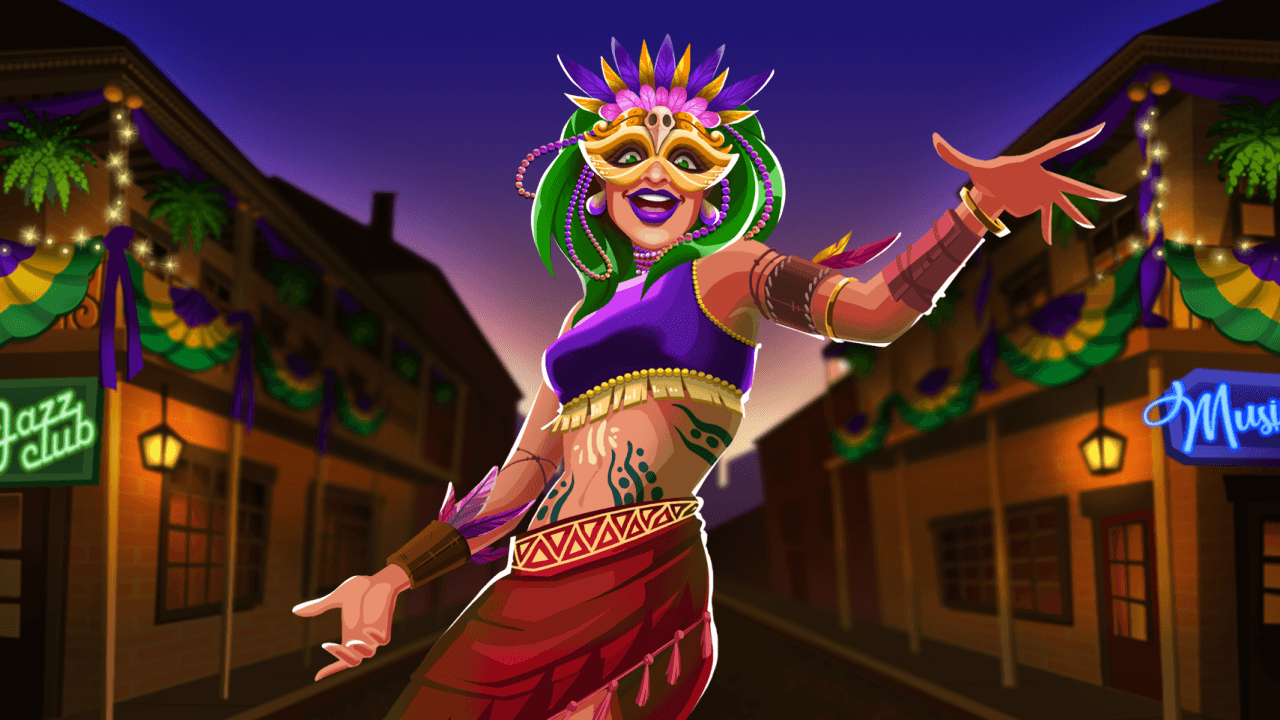 Thunderkick’s Carnival Queen is a fairly new arrival, and is based around the iconic Carnival of Brazil. With 4096 ways to win across six reels, you can have fun winding your way through the streets and and going for glory! There are some great visuals to take in here, and a theme that’s unlike that of any other slot we’ve seen - should you join Carnival? Keep reading on to find out...

What's at the carnival

It’s the graphics that really make this slot stand out from the crowd, giving it a distinct identity. There’s a real party/nightlife atmosphere with plenty of people enjoying the festival under a dark blue sky, their silhouettes glowing. Lights decorate the buildings either side of the playboard, and the Brazilian flag hangs down from the balconies. For such a cartoon-style, it’s really immersive and transports you to the streets of Rio instantly.

There’s some intense pumping dance music playing too, and various sound effects to make it feel as if you’re really there taking part in the celebrations. It gets more intense once you give the reels a spin, transporting you to the heart of the action. Perhaps something a little more Brazilian would have been a nice touch, as a number of slots have this sort of dance music, but nonetheless it works when together with the impressive graphics.

Queen of the play board

The play board in Carnival Queen has six reels, and each reel contains four symbols. In total, along this play board there are a huge 4096 ways to win - there are plenty of opportunities to start celebrating while you’re part of the festivities! To make things even more exciting, all symbols that are part of winning combinations disappear off the reels, with new ones coming down in their place thanks to the avalanche feature! There’s no limit to how long this can go on for either, as new symbols will only stop falling down when there are no more winning symbol combinations.

A multiplier always makes a slot better, and Carnival Queen is no exception. For each avalanche feature, the multiplier increases by one level - just like the avalanche itself, this continues until there are no new winning combinations. You might also see the wild symbol, which substitutes for all symbols apart from the scatter symbol, while there are 11 regular symbols to look out for! They range from numbers and letters to various festival-goers, and then the crown symbol, which is definitely fit for a Carnival Queen!

As for the bonus game itself, the multiplier won’t reset, so you’ll have the chance to amass some decent wins! What if there aren’t any winning combinations, however? In this instance, a wild symbol will remove all other symbols - apart from scatter symbols - vertically and horizontally, triggering an avalanche and potentially inviting in some exciting wins...

For something a little different, Carnival Queen could be just what you need. The Brazilian carnival theme isn’t something that’s been done too often before, and the graphics really draw you in, bringing the game to life. At 96.1%, the RTP is about average, and this is a medium-volatility slot, so it’s suitable for players of all experience levels. It might not be a big name yet, but it could be in the future if players enjoy the bonus games - which are certainly worth a try...

Founded in Sweden in 2012, Thunderkick are quite young when compared to their competitors, but have made an impression since they arrived onto the scene. Already, they’re one of the best-known providers, and offer a range of immersive slots with great visuals ready to play. Their games will have you going round the world and back in time, with the likes of Midas Golden Touch, Jaguar Temple and Sword of Khans alongside the festival-fuelled Carnival Queen!