Will you escape the underworld and outsmart Hades?

Meet the Ancient Greek king of the underworld in this Microgaming slot - dive straight into the underworld itself and trek through five reels and ten paylines in an enthralling bid to win.

This slot has a great mythical theme with just the right amount of peril, and the aim of escaping the underworld is one that we can all get behind. There are plenty of big wins to find in the process, however, so you can get back to civilization with more cash in your pocket. Check out our review at the bottom of the page to find out more about Hades: River of Souls.

Play Hades: River of Souls and experience the myth of Ancient Greece. At MrQ there are absolutely no wagering requirements on any of its offers. MrQ has hundreds of slot games from all the top providers - you'll be spoiled for choice. New users can sign up and deposit £10 to claim 10 free spins on Stampede.

Over 18s and new players only.
playSlot Planet REVIEW

Slot Planet has everything you could ever want in a casino, all online. Try your hand at a whole range of slots and table casino games and with an offer that's out of this world, who could resist? New players can deposit £20 to claim a 100% bonus up to £222! Why not try out the new slot from Microgaming Hades: River of Souls?

Terms & Conditions: 18+. New players only. Min deposit £20. Bonus spins valid on Starburst only. Bonus funds are 100% up to £222 and separate to Cash funds. 35x (bonus only) wagering requirements. Only bonus funds count towards wagering requirement. £5 bonus max bet. Bonus funds must be used within 30 days, spins within 10 days, otherwise any unused shall be removed. Terms Apply. BeGambleAware.org

New players to PlayOJO can claim up to 80 free spins - and as PlayOJO is the fair casino, there are no wagering requirements on anything you win! Why not try your hand at Hades: River of Soul, the slot that will have you exploring and trying to escape the grasp of Hades?

Find hundreds of the best slot games, including Hades: River of Souls at 21Casino, a top choice for slot game and casino game enthusiasts. With a terrific welcome offer, claim a 121% bonus up to £300 when you sign up. You'll be dying to play!

Does Hades: River of Souls have free spins?

Yes. When three bonus symbols appear on the reels, you will win ten Hades Free Spins - any additional bonus symbol will get you another five spins too. During your free spins, every three wild symbols disappearing will increase the Wild Souls Multiplier by x2, while getting more bonus scatter symbols will win you extra free spins, at the same rate as in the base game.

What’s the avalanche feature in Hades: River of Souls?

The avalanche feature is triggered after any win in both the base game and in Hades Free Spins. When symbols are part of winning combinations, they’ll pay out and then disappear, with new symbols falling down to give you more chances to win in the same spin. Wild symbols, bonus scatter symbols and Skull of Charon symbols can fall down from the rows above the reels too.

How many ways to win are there in Hades: River of Souls?

There are ten paylines in this Microgaming slot, but the Win Both Ways feature gives you extra chances to win. Line wins pay from the leftmost reel rightwards, as usual, but also leftwards from the rightmost reel too. Get a five-of-a-kind win, and you’ll still get paid both ways! 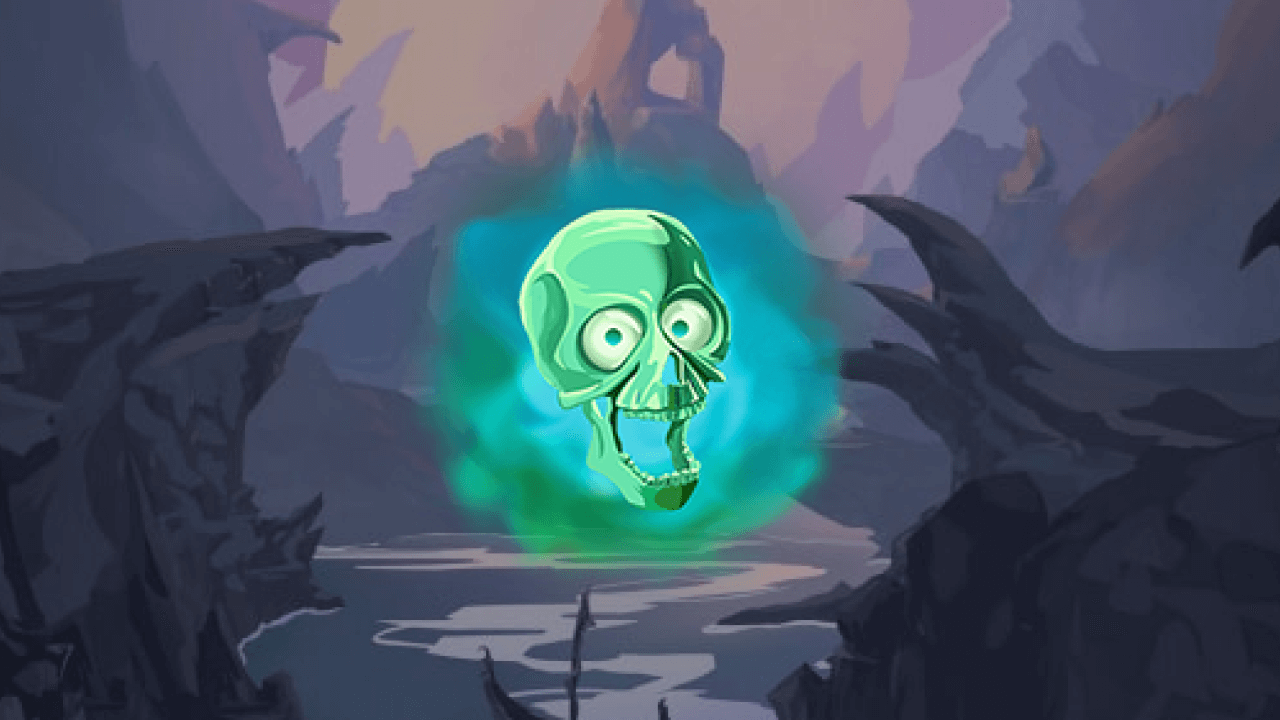 Hades: River of Souls is a fascinating slot from Microgaming, seeing you maneouver the underworld and the river Styx as you hope to match symbols. Though it has a fairly simple premise and style, there are some great bonus features and chances to win - should you risk a trip down to the underworld? Keep reading to find out...

Sights of the Underworld

The graphics in Hades: River of Souls have a somewhat simple cartoonish design - the background still looks rather daunting, but like somewhere you might find a Disney villain; there’s a good mix between fun and horror. It’s very dark, with a purple sky, and you can see the glow of the fire burning below -  look out too for the symbols, as these are more detailed than the background.

There are dogs with glowing eyes and mouths, Hades himself looking every inch the formidable god that he is, and various glowing jars with animals on them - is he hiding something in them? There’s quite an intense soundtrack too. It’s almost symphonic with a rock edge, as if leading up to a dramatic film scene, and it rises in volume to draw you in - before you know it, you're right down there with Hades.

Hades: River of Souls has ten paylines altogether, and they’re fairly standard. Like in most slots, line wins begin from the leftmost reel and move rightwards, but here they can start on the right-hand side and move leftwards too, thanks to the Win Both Ways feature - it gives you more opportunities to win. Should you get five symbols spanning the entire board from left to right, you’ll get a payout for both wins!

When you win in the game, you’ll activate the avalanche feature. Once symbols in winning combinations have paid out, they’ll disappear from the play board, with new symbols falling down and potentially creating extra opportunities to win. Wild symbols, bonus scatter symbols and Skull of Charon symbols can fall down from the rows on top of the reels too. For every three symbols that disappear through the avalanche feature, the Wild Souls Multiplier will increase by x1 in the base game too - when avalanches end, the total win will be multiplied by the Wild Souls Multiplier.

As well as the Skull of Charon feature, there are free spins too. To trigger Hades Free Spins, you just need to find three bonus scatter symbols on the play board. You’ll win ten free spins from three bonus scatters, while any additional scatter will get you another five spins on top of that. During Hades Free Spins, every three wild symbols disappearing through the avalanche feature will increase the Wild Souls Multiplier by x2, and it doesn’t reset until all of your free spins end. Get another three bonus scatter symbols for an extra ten free spins, while each extra one will get you another five - just like in the base game.

There’s a lot that makes Hades: River of Souls a great game, from the theme and design to the bonus features - particularly the free spins. The avalanche feature and the ability to Win Both Ways are also welcome additions, making this a suitable slot for experienced players and those with less experience alike. Why not see if you’ve got what it takes to escape the underworld?

One of the most well-known and well-regarded slots, Microgaming have been making slots since 1994. Their many and varied slots span myriad themes and formats, and alongside Hades: River of Souls you can try the likes of Thunderstruck II - perhaps their most popular slot of all - Mega Moolah and King Arthur too. Explore their catalogue and find your new favourite game!