With the gradual easing of lockdown restrictions, the reopening of bingo halls across the UK has provided some welcome relief to many — and though the industry may have suffered during the COVID pandemic, that’s not to say that it has completely faded away. In fact, recent developments in the world of bingo suggest that the industry is alive and kicking, and will continue to thrive going forward.

It seems likely that over the coming years, the way we play bingo will change in several interesting ways. We’ve covered the history of bingo before, so now, in anticipation of the first National Bingo Day on 27th June, we have decided to look ahead to what the future holds for one of the UK’s favourite pastimes.

Bingo and the internet

The national lockdowns forced us all to take our social events online, and this was a welcome development for online bingo sites, which bucked the general trend and saw a boom in their memberships and revenue during the pandemic. They will certainly be hoping that the fun people have had using their sites will convince them to stay on now that socialising outdoors is becoming more acceptable.

As we saw over the lockdown, the public took their social events online using video messaging services like Zoom and the now-infamous Houseparty. Friday night down the pub had become zoom quizzes, drinking games and synchronised Netflix and chill. One of the most popular remote games though? Virtual bingo of course.

In fact, “How to play virtual bingo” was one of Google’s most searched “how to” questions in the first half of 2020, as people looked to the tried and true classics to help them feel closer to friends and family. 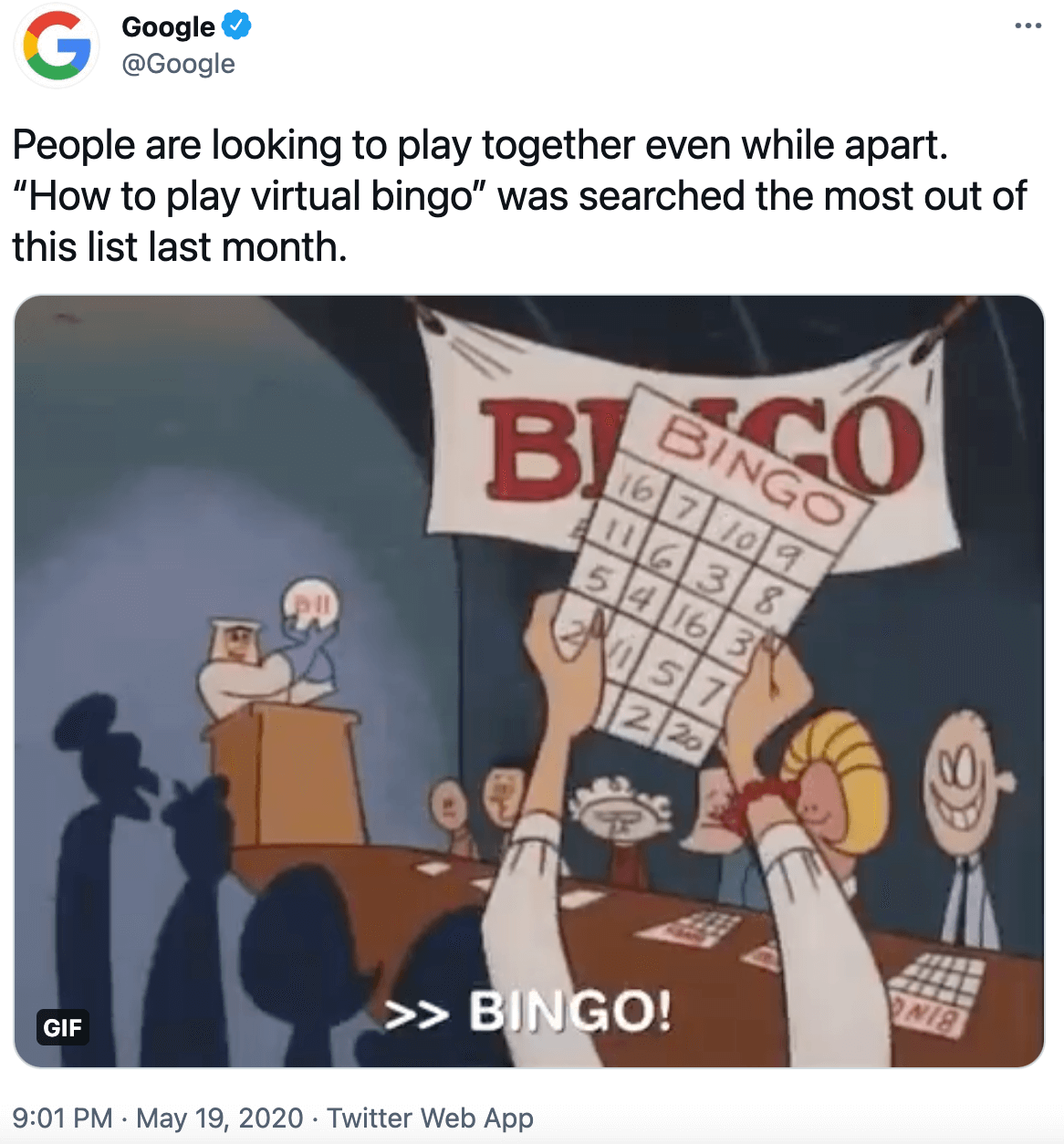 We have heard many stories about certain changes to our lives over the past year becoming the ‘new normal’; perhaps this new future will allow us more time to indulge ourselves in things like online bingo, or even bingo as a socialising activity too.

The gamification of bingo

Another change that is likely to endure is the gamification of bingo sites: that is, enhancing the standard game available at every online bingo site with extra features. This comes in a few forms, whether it’s completing mini-games at certain times in order to win prizes, or even a change to the standard bingo formula for a fresh new take.

We have seen sites like Quizingo make use of this in a bid to draw in larger audiences by adding a gameshow aesthetic and regular quiz events that mimic old favourites like HQ Trivia.

Some sites, like Prize Land Bingo have tinkered with the tried and true prize formula, by swapping the cash prizes for gadgets, vouchers and experiences that makes each game that little more exciting. Sites like these are currently a novelty, but going forward it seems likely that more sites will adopt similar approaches.

As if the classic game of bingo wasn’t game-like enough, there are products being created that change the fundamentals and rules, or combine bingo with other games like slots, or arcade machines. One of the most well known of these games, Slingo Classic takes the traditional game of bingo and mixes it with the spin-by-spin excitement of slots.

Another game that tweaks bingo into something new is Zingy, an arcade-style game that adds the extra pressure of a time limit and quickfire decision making to the bingo experience. By taking the game of bingo that people have been familiar with for decades and adding new and exciting twists, game developers can ensure that new audiences discover and fall in love with the game.

As with everything, the development of new technologies will surely continue to revolutionise the way bingo is played. This is true both in terms of the technology itself and the user experience: the arrival of new computers capable of ever more complex calculations will make for faster games. Innovation on the part of the software developers themselves will also greatly enhance the world of bingo.

In 2020, we visited ICE London, an event dedicated to technology and advancements in gambling. In our time there, we discovered that one of the things to look out for was big screens. Everywhere we went, we saw a screen bigger than the last, and developers were using this extra visual real estate to give players more to see and do. With impressive visuals, lots of on-screen buttons and more reels, the potential for bingo to take advantage of this is high.

One particularly impressive development is the arrival of virtual reality technology on online gambling sites. VR casino games (pioneered by sites like SlotsMillion) are very much in their infancy at the moment, so the potential for future development in this area is huge. Anyone who has experienced VR gaming will attest to just how amazingly immersive it is; extending this to take in the thrills and spills of bingo will make it even more of an exciting experience.

Bingo as an event

Another interesting trend to watch will be the demographics of bingo players. Village halls full of grannies might no longer represent the standard bingo night. The development of nightclub-style bingo events like Bongo’s Bingo and Hijingo has drawn in a whole new audience of bingo-lovers over the past few years, and if the success of these events so far is anything to go by, then it looks like an ever-growing number of youngsters will be getting into the game in the future.

Who knows: in several decades’ time, maybe mentioning that you’re off to a ‘bingo night’ will conjure up images of brightly-lit dance floors and fancy cocktails — and maybe the stereotypical idea of bingo players will transform from older folks on a day trip, to the younger generation on a night out.

Overall, it already seems fair to say that with all the recent changes to the industry, ‘bingo is more than just bingo’ — and this looks set to continue.