What does the future of gambling technology look like?

This week the Online Bingo team are attending ICE London, a huge Egaming industry showcase! All week the biggest names and new up and comers from every corner of gambling have been showing off their latest products, technological marvels and new software!

Attending ICE is like walking through a portal into the future of the gambling industry, so I’ve seen the world of tomorrow first hand! What can you expect to see and play in casinos or on fixed odds betting terminals (FOBTs) in the near future? Read the coverage below!

The future of the gambling industry is screens, lots of screens

If you’re playing online bingo or video games, watching TV, or even reading this article you’re almost certainly doing it through some kind of screen. We’re not that far into the future yet.

Everywhere you look at ICE there are screens. Computer screens, phones and tablets set up to show off mobile slots, touch panels bigger than your TV at home showing you the latest and greatest games. If I didn’t need glasses before, I do now.

Something that stood out quite strongly is how the industry really wants traditional FOBTs you might find in pubs, bookies or casinos to be a thing of the past - the standard black box with a screen and buttons simply won’t cut it any more!

I saw a new model of FOBT that had 3 large, bright, flat glass screens stacked on top of each other that stretched easily 8 or 9 feet in the air. These monolithic gambling machines were able to display the reels, all the pay table information you’d need to play and then had a further screen for displaying other information - which could be anything from an advert to even more bonus features.

The potential for what these 3 screens can display paints an exciting future for what kinds of games slots software providers can can make. 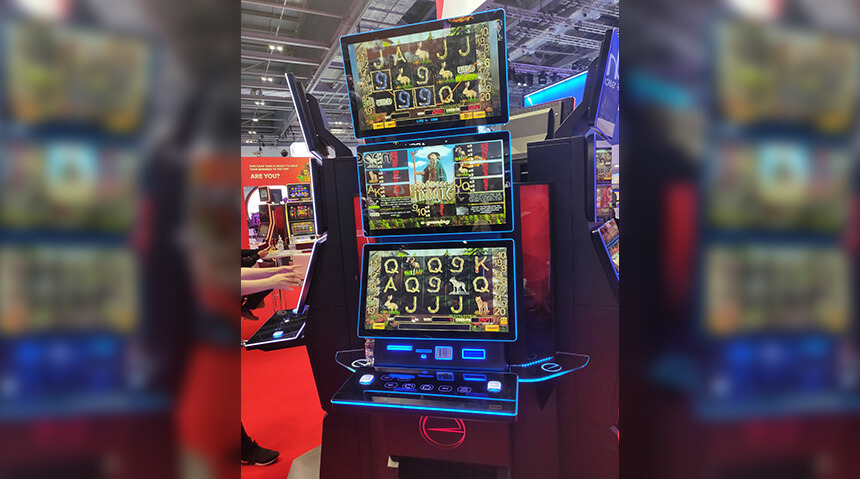 If that wasn’t enough glass for one machine, instead of the traditional touchscreen and button combo on the controls, there was a glass touch panel with the controls displayed in lights. The whole thing felt very modern and space age, and I was a little nervous to get too close in case the whole thing shattered into a million pieces!

One of the cooler innovations I saw was one of the slickest too. If it wasn’t pointed out to me, I’d have missed it for sure. Mounted on a wall was a very thin, very flat piece of glass displaying a row of game demos. It wasn’t how exceptionally thin or bezel less it was that impressed me, but how the bottom edge of the screen curved up to form a little shelf that could display control buttons! Curved and bendy screens are the future of technology, and gambling can benefit!

This one unassuming device was essentially a portable, sleek FOBT that could fit pretty much anywhere in any casino or pub. I dread to think how much something like that would cost, but the technology behind it is an amazing glimpse at what these companies are capable of in the future!

The future of gambling technology is bigger everything

Whoever told you size didn’t matter probably didn’t work in the gambling industry! For every flashy screen you can hang off of a wall, there was one as big as a house to dwarf it. FOBTs are growing and getting more complex, and even live casino games are getting in on the action.

One large section of the event was set up like a ‘roulette hall’, with rows of cinema screens available to sit down in. Comfy seating aside, these chairs were also outfitted with large screens at least 20 inches diagonally in size which displayed a roulette table.

Just like a cinema, the chairs were all pointed at a series of giant screens, each displaying a different live casino game. Players could sit in the comfortable seating with everything they needed to play along in front of them, with these giant live games happening in front of them. It certainly looks like it’s the comfiest way to play!

I could definitely imagine this being the standard for big scale live games in the future, Including bingo! Settle in for a long session in style and comfort. 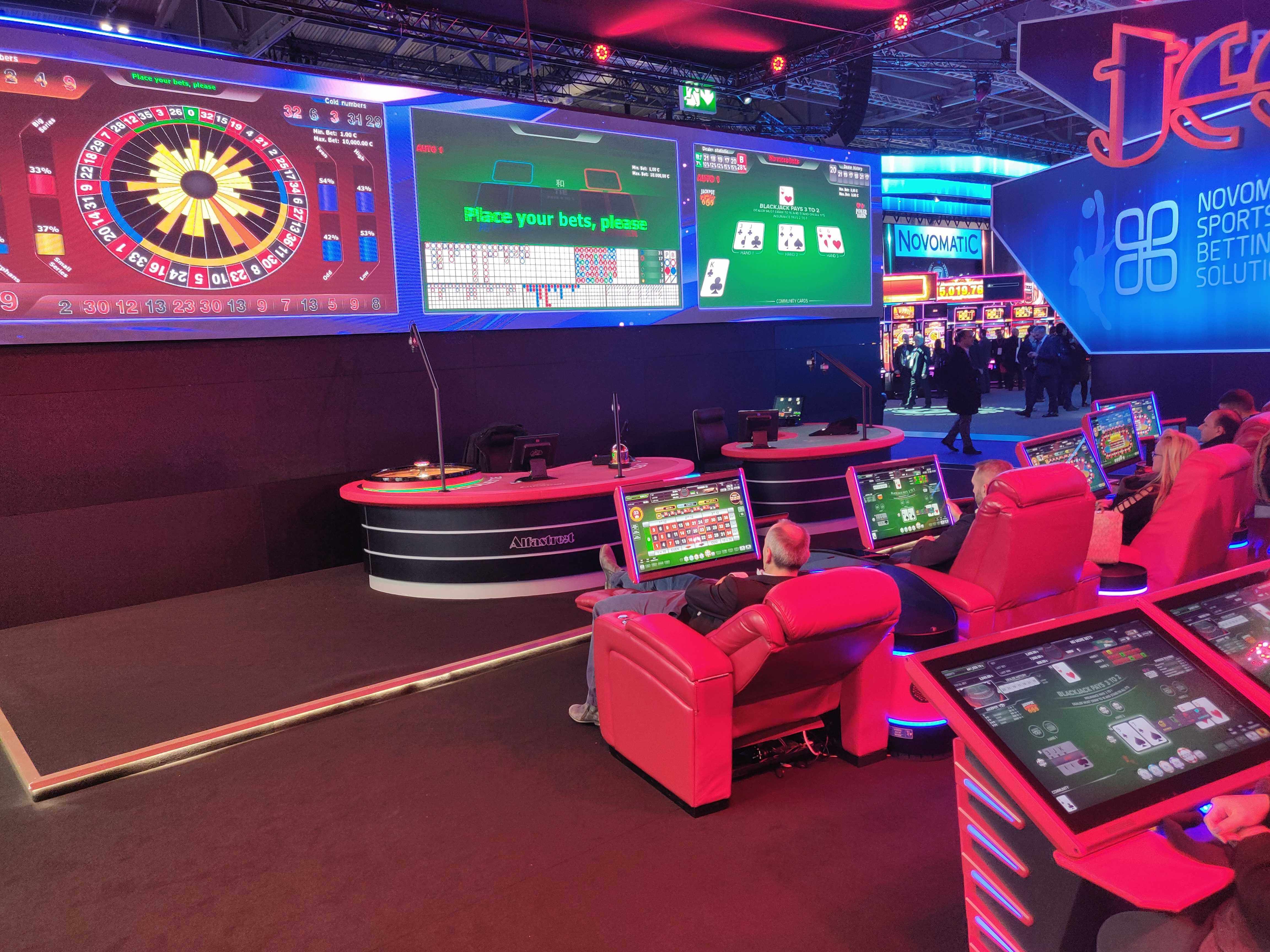 Alongside the kind of games you’d usually see in a casino (just blown up to 5 times their normal size) there was also some more obscure games in giant form! I saw a giant teddy bear being won on a giant claw machine (the true jackpot of the day) and even a giant version of the ancient Chinese game, Sic Bo! The huge dice bouncing around inside the machine whilst you place your bets in real time was great to watch.

There’s obviously going to be a limit to how big things can get, but as phones and tablets grow the land-based casinos need to compete against online casino sites somehow

The future of gambling technology is celebrity slots

The biggest crowd during the whole day wasn’t drawn in by the latest slot, the coolest new FOBT or even the biggest screen - it was by world record holding sprinter, Usain Bolt!

Whilst he doesn’t seem to be as fast in real life as he seems on TV, he’s definitely good at drawing peoples attention. Of course he wasn’t there for a quick go on the roulette wheel, he was actually promoting his new Usain Bolt slot game from software developer, Ganapati!

Usain stood for pictures with a long line of people, but that’s far from Ganapati’s first celebrity endorsed slots. It also won’t be the last time we see a celebrity put their name on a gambling product either, as Gordon Ramsay currently plans to open a casino using his name and likeness too!

The Online Bingo Twitter was full of fun photos and videos from the day, so check out what else we saw!