Singer, reality TV star and famed ex-husband Peter Andre has made his return to television this year, but this time on the small(er) screen of YouTube. Life With The Andres has been releasing weekly on The Sun’s Youtube channel, and offers a rare look into the life of Peter Andre and his family after 7 years away from the cameras.

In the latest episode, Peter hops on a Zoom call to catch up with some of his tour pals, including his band members and backup dancers. Well, as it turns out, Peter is now quite the bingo fan as they chose to have a session of virtual bingo at one of the UK’s best online bingo sites, MrQ!

Virtual bingo has been a popular activity ever since the UK went into lockdown, with people worldwide re-discovering bingo as a fun and family friendly game for people of all ages. Google searches for ‘virtual bingo’ rocketed near the start of lockdown too too, which Google highlighted in a tweet.

Google search trends for "virtual bingo" over the past 12 months

We've got a handy Virtual Bingo Guide complete with downloadable resources, check it out and see why it's been so popular! People have been playing their virtual bingo games over Zoom like Will and Kate’s bingo game, and some have even opted to play bingo with their entire street - though Peter chose to host his game using MrQ’s proprietary bingo software.

It seemed like the world of online bingo was new to Peter, who was impressed by the speed of the automated numbers and how the site handled all his tickets. Peter even came away victorious on one game, netting a cool 87p for a line win, not bad for 5p a ticket. After the games were finished, Peter said that it was the “most random but fun thing [he’s] ever done” - high praise!

Peter likely got wind of MrQ from some of his fellow reality TV stars, as the site has been hosting regular games of celebrity bingo with stars like Love Island's Cara De La Hoyde and TOWIE stars Amy Childs and Harry Derbidge.

If you want to check out the rest of the episode, you can click the link below to watch the full video. If you’re just interested in seeing how he handles the new bingo site experience, Peter’s Zoom call bingo game starts at 26:40. If you fancy checking out MrQ's popcorn room for yourself, read our MrQ review to see the latest welcome offers.

PlayRead full Review
Matthew McConaughey hosts live game of virtual bingo!
The Hollywood star, famous for films like Interstellar, is a bingo fan just like us! How do his hosting skills live up to your local bingo hall?
Virtual Bingo night in aid of NHS draws celeb supporters!
Some familiar faces sent messages of support to the Huntingdon-based DJ organising and hosting these live, music themed bingo nights.
Bingo All Stars opens, offers unique, star-studded prizes
With a cast of recognisable stars and unique money-can’t-buy prizes, this new bingo site shines. Check out the generous welcome offer and read our review!
Max Wright 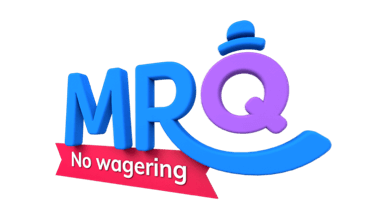