The video game industry is one of the biggest entertainment industries in the world. In the UK alone, gaming generated nearly £4 billion in 2018. Whilst the UK gambling industry is still bigger, with £14.5 billion in revenue, video games are much more accessible and cater to a much broader audience of all ages.

Recently, there has been a debate raging worldwide and even in Parliament about whether video game loot boxes should be considered gambling. Loot boxes are digital items available to purchase with real money that contain a number of randomised in-game rewards. The rarity of these rewards varies and therefore have different perceived value to the player.

For example, EA’s annual Fifa franchise has a game mode where players can use real money to buy randomised ’packs’ of current and retired footballers to build a team of all-stars. The chance of pulling Ronaldo out of a pack is much lower than getting a less celebrated and legendary player, like Xhaka. The more useful or celebrated a player is, the lower the chance of you getting them in a pack.

In July 2019, the Gambling Commission stated that loot boxes in video games did not constitute gambling as the rewards have no real monetary value and there is no official way to turn the rewards back into real money. However, in September the UK’s Department of Digital, Culture, Media and Sport released a report suggesting that loot boxes should be subject to the same regulation as the gambling industry. In response, the Entertainment Software Association (ESA), which is made up of the world’s biggest video game publishers, strongly disagreed. 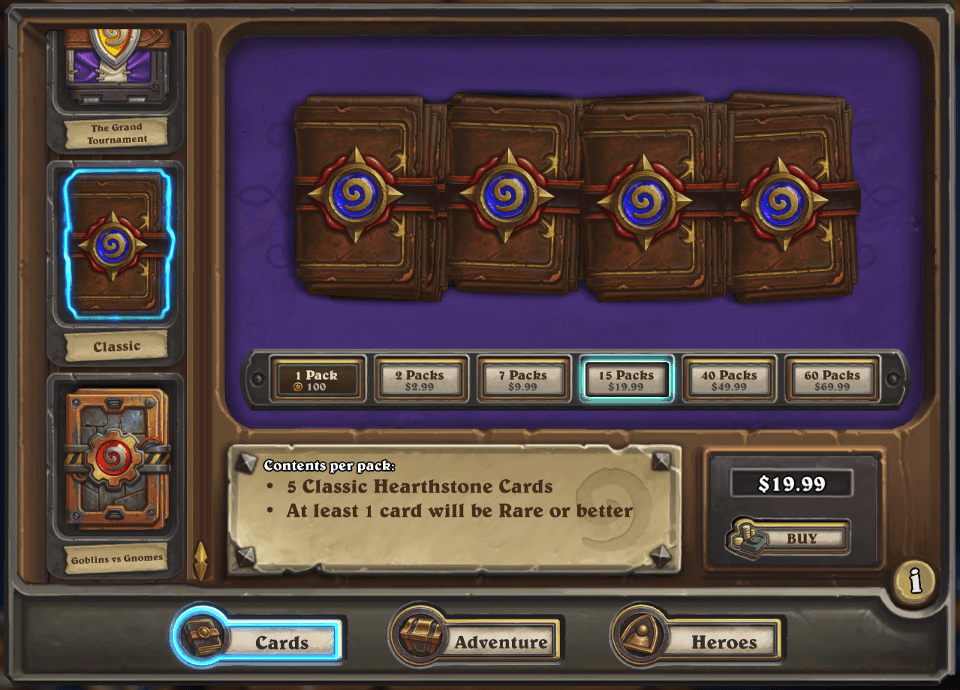 These games have millions of players and some thrive entirely on micro-transactions (purchases made inside a game) and loot box sales to make a profit. A few of the games mentioned above have also been accused of ‘pay-to-win’ mechanics, where people who purchase Loot Boxes have an advantage over players who don’t, creating an unfair playing field.

In particular, Star Wars Battlefront II came under heavy fire for incentivising players to spend money beyond the initial cost of the software to gain a tactical edge or to unlock powerful characters. This means that players who purchased the game at full price are actually disadvantaged in a multiplayer game by not spending more money. These kinds of shady tactics to sell loot boxes have been called predatory by a US legislator, but nothing has been done to change things in America or the UK.

EA defended these randomised mechanics by saying they intended on giving players a sense of ‘pride and accomplishment’ when they eventually win this virtual draw. This response was a PR disaster as hundreds of thousands of people disliked the comment and mocked them for their blatant spin. After launch, Battlefront II missed EA’s sales expectations, which they blamed on the controversy.

Some countries and governments, including Belgium and China, have already deemed the loot box mechanic as gambling and have outright banned games that include loot boxes. Some publishers have since removed these features from their games so that they can still be sold in these countries, whereas some games that rely on loot box revenue to exist have been removed from digital stores entirely.

The fact is, the power to choose whether to regulate loot box mechanics has been unfairly left in the hands of the publishers that are profiting so heavily from them. If casinos were allowed to make their own rules free of regulation, there would be chaos. So why isn’t a third party, like the Gambling Commission, forcing video game companies to have gambling licences to profit from this lucrative, potentially addictive activity?

The Loot Box Debate
How should Loot Boxes in video games be regulated?
Grand Theft Auto 5's online casino is an unregulated success
Despite being identical to a real casino, the UK gambling commission don't want to get involved.
Max Wright