Which UK Lottery Is The Easiest To Win?

Everyone on the planet has fantasised about winning the lottery, and the UK has some of the best lotteries in the world. If, like 60% of UK adults you play UK lottery regularly, you only buy a ticket once in a blue moon or you prefer the pace of online bingo, it’s safe to say that the lottery gets the nation excited.

But, while it was once just the humble National Lottery, there are now lots of different draws to choose from and with jackpots ranging from £100,000 to over £100 million, which one do you go for?

The question "how do I improve my chances of winning the lottery?" has been asked for decades. We’ve done the hard work for you and broken down the most popular lotteries to help you decide which one is the easiest for you to win. Spoiler alert: you might be better off playing bingo instead of the lottery.

So, what are the best UK lotto odds?

When: Every Tuesday and Friday

Most people play the Euromillions because of the obscene amount of money that can be won. The top prize is capped at €190 million (£166 million) which makes it the biggest jackpot you can win in the UK.

Unfortunately, because it’s played throughout Europe, the chances of winning are pretty slim, 1 in 139,838,160 to be precise. This makes it the most difficult jackpot to win on the list, by a lot. However, all is not lost as you only need two matching numbers to win a prize, although that will only leave you an 80p profit from your £2.50 ticket.

While this is probably the hardest lottery to win, it’s by far the biggest.

When: Every Wednesday and Saturday

Other chances to win: Millionaire Raffle

With around 15 to 45 million tickets sold in each draw, Lotto is by far the most popular lottery played in the UK. You can buy lotto tickets online too, which makes entering as easy as playing at an online casino site. After its inception in November 1994, Lotto has made over 4,000 millionaires, with the largest jackpot at £50.4 million back in 2016.

But, with great popularity comes a smaller chance of winning. Even though the odds of winning are a fraction of the Euromillions, you’re still more likely to be hit by a part of a plane falling from the sky than winning the Lotto jackpot.

Since increasing the numbers from 49 to 59 back in 2015, the odds of winning the jackpot increased. However, with the introduction of the Millionaire Raffle and a prize for matching two main numbers, your chance of winning something has increased.

If you want to hit the big jackpots, you’re better off going for the Lotto, but it’s also pretty unlikely you’ll win anything.

When: Every Tuesday, Wednesday, Friday and Saturday

Odds for jackpot: 1 in 8 million

Other chances to win: N/A

Many people opt to play the Thunderball because you’re more likely to win a prize than any other on this list. You only need a matching Thunderball to win and because the top prize is limited to £500,000 and it’s played four days a week, you’re less likely to be competing with everyone else in the UK.

The other good thing about playing the Thunderball is that you will never have to split the jackpot with other winners. The Thunderball is also the cheapest lottery to play with a line costing just £1.

Although you won’t be hitting the millions, you’re better off playing the Thunderball because you’re more likely to win and if you do, the money is yours to keep. If keeping your winnings is important to you, it's probably better to play at one of the many no wagering bingo sites.

When: Every Tuesday, Wednesday, Thursday, Friday, and Saturday

Odds for jackpot: 1 in 2 million

The Health Lottery is the only one on the list that isn’t a national lottery. It is, instead, 51 local society lotteries representing one or more local authority areas across Great Britain. The aim of this lottery is to raise money for health-related good causes across the country.

Draws run five days a week and the top prize is calculated from 10% of all ticket sales up to £100,000. With a 1 in 2 million chance to win, it’s actually the best lottery to play if you want to win big. However, keep in mind that the jackpot varies and is dependant on the number of people playing that day.

You also have a chance of winning the Health Lottery Raffle and the Second Chance Draw which, if you qualify, gives you a chance to win an iPad. 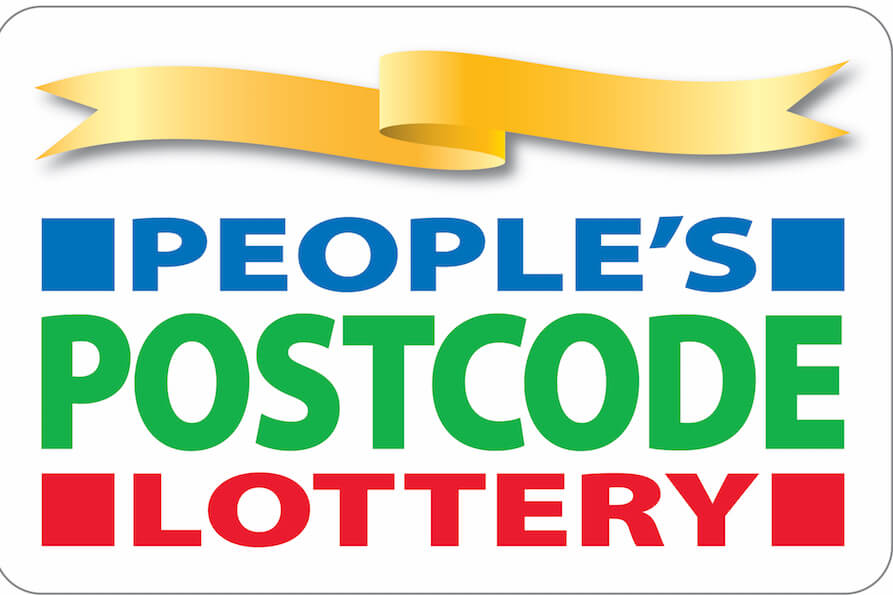 When: Draws every Saturday and Sunday, monthly jackpot

Other chances to win: Daily prizes

Unlike the other lotteries in this list, the People's Postcode lottery doesn't generate you a random number or even let you choose your own numbers to play with. As you could probably tell from the name (or if you've seen the celebrity filled TV adverts), your postcode is instead entered into every draw.

When you register and pay your £10 monthly subscription you are entered into daily, weekly and monthly draws. Like The Health Lottery, People's Postcode Lottery supports good causes across the UK, with 32% of every ticket going to charity.

There are draws every single day ranging from £1,000 daily prizes, to £30,000 draws every Saturday and Sunday. Every ticket holder in the winning postcode wins the prize, so the number of people in your postcode playing does not make your prizes any smaller.

There's also a monthly jackpot of £3 Million that is shared between every entrant in a winning postcode area, however the maximum prize is only 10% of the monthly ticket proceeds (up to £400,000).

Easiest lottery to win the jackpot: The Health Lottery (1 in 2 million)

Easiest lottery to win any prize: Euromillions & Thunderball (1 in 13)

Biggest jackpot: Euromillions (up to £100 million)

So, now we know which National Lottery has the best odds, we also know to basically never play Lotto and reduce your expectations of winning big. Oh, and remember, the chances of winning big are still less than some of the most unlikely events ever.

There are lotteries in the UK that aren't entered and drawn nationally, most of these local lotteries are set up by charity organisations to raise money for local organisations/events like football clubs and youth centres, or for charities like hospices and local air ambulances.

We have not included these charities in our study as there are just so many causes and the odds of winning are not easily available for each one. However, as these lotteries are generally only played by local people, the chances of winning are much higher than national lotteries played by millions every week. The prizes offered will also be smaller too, but knowing that you're supporting local causes is the greatest prize of all!

If you are interested in finding local lotteries that support important causes near you, you can visit Localgiving and search for your town/area.

Betting on the lottery worldwide

This article only touches on what lotteries that can be played in the UK are easiest to win, but did you know you can bet on worldwide lottery results too? By betting on world lotteries at a bookies, you can wager on the results of the Irish lotto, German lotto, Polish lotto, Spanish SuperEnalotto, or the American MegaMillions and PowerBall. You’re spoiled for choice!

Lottery betting not only gives you access to more lotteries from around the world that are normally unavailable to lottery players in the UK, but it also allows you to bet more money on less numbers, giving you the chance at higher winnings.

For example, by betting on PaddyPower that 3 numbers of your choice will be drawn in the Irish Lotto, your odds are 700/1. This means that if you bet the standard lotto price of £1.50 your 3 numbers come in, your return is £1,051.50.

This is bigger than the UK’s lotto £30 prize for matching 3 numbers, which in comparison is a pretty measly 20/1 return (including your stake). However, it's worth remembering that with the lottery your chance of matching 3 numbers is much higher as you choose 6 numbers to begin with.

Maybe if you’re a regular lottery player, then it might be worth seeing if it’s easy to win lotteries around the world without even taking part. We recommend Lottomart, which lets you easily bet on worldwide lotteries with a great mobile UI and bundles.

Lottery Losers: 10 Times Winning The Lottery Ruined Lives
We all think we'd be sensible, but in more than one case, that's not what happened.
Can Lottery Winners Remain Anonymous?
Some winners enjoy the spotlight, but discover whether it's possible to keep your win a secret and protect your anonymity.
Why should you play bingo instead of the UK lottery?
Bingo and the UK lottery are more similar than you think, but what makes bingo more attractive?
Amy McDonnell