Bingo is a very popular game around the world because it's so easy to play and follow along. Although bingo clubs may not be as popular as they once were, the rise of the internet and smartphones is ensuring that bingo isn't going anywhere.

In the UK the most popular bingo game is 90 ball bingo, which as you can probably guess is played with 90 balls. If you’re a regular on online bingo sites though, you might have also played the American variant, 75 ball bingo! Some countries just have different names for bingo, like the popular Indian pastime Tambola or the Canadian version, Kinzo.

Not everyone in the world plays the same bingo as us Brits though, so it’s time for a little cultural education! Below is a list of games from across the world that are similar to bingo - some of them are even hundreds of years old and shaped the game as we know it! 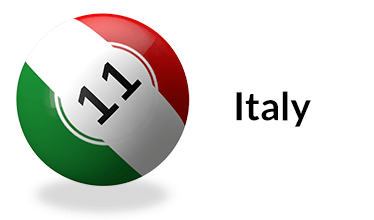 Did you know that the bingo that we play today is based on an Italian game from the 16th century called 'Lo Giuoco del Lotto D’Italia'? The Italians also have another bingo-like game called tombola that was likely inspired by the same game!

You probably know tombolas as the fun raffles that can be found at fairs in the UK, but the two aren’t quite the same. Italian tombola can be traced back to the 18th century and is traditionally played around Christmas time by adults and children alike.

Tombola cards are colourful, each number (1-90) has a nickname and an associated picture, just like how bingo numbers have fun nicknames in the UK. Instead of daubers, players were known to mark off their tickets with beans (fagioli in Italian), though now wooden pieces are more common.

Unlike bingo, tombola is not really a gambling activity in Italy as the prizes are only small trinkets. Adult players often let children win by not calling out when they have won a prize, something I doubt you’d ever see at your local bingo club! 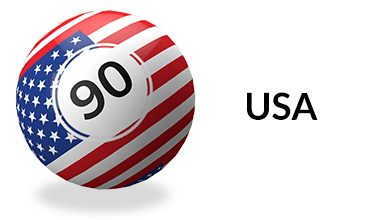 In modern times, bingo in the USA is the same 75 ball bingo that you’re used to playing on bingo websites. However, when bingo was first introduced to Americans in 1929, the game was known as beano!

Beano was played at country fairs and instead of balls, numbered discs were pulled at random. The name came from the beans that were used to mark off numbers on the play cards, lucky winning players would shout “beano” to alert the caller. The usage of beans may have come from the game’s Italian origins, just like tombola!

The story goes that the name bingo actually comes from a beano player that was so excited by a win that they shouted “bingo” out instead and the name just stuck! We’ve got a lot to thank them for as OnlineBeano.co.uk doesn’t have quite the same ring to it… 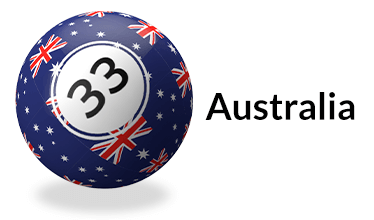 Australian culture has a lot in common with with the UK, which makes sense considering how many Brits migrated down under after the Second World War. Strangely though, Australia's variation of Bingo, called Housie, is actually based on the USA favourite 75 ball bingo!

Housie is almost identical to 75 ball bingo, with some changes. First, there is not always a free space in the centre, making it a bit harder to get a line or a full house. Also, instead of just calling out the number, the letters B, I, N, G and O are used to identify the column that the number is in. For example, B-19 would be in the first column, and N-4 would be in the third.

Upon completing a ticket and winning the jackpot, players in Australia shout out "housie", which is where the variation gets its name! 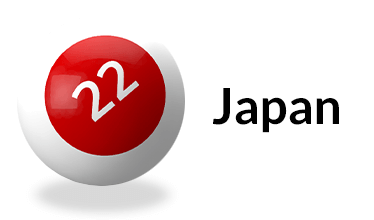 Bingo5 is a lottery game played in Japan where players must choose 8 numbers that are arranged in a 3x3 grid, with a free space in the middle. When the weeks numbers are announced, players mark them off against their tickets to see if they’ve won!

Each square on the grid can be 1 of 5 numbers, so when players buy a ticket they must mark off the number they wish to choose in each each square. Unlike the lotto we’re used to in the UK where winner tiers are based on matching a higher amount of numbers, Bingo5 wins are determined by how many lines you match.

Lines can match vertically, horizontally and diagonally, with the free space acting exactly as it does in bingo. This means there’s more ways to win!

In fact, there are 7 prizes to win, with the jackpot of 5.5 million Yen (roughly £38,000) available to players who get all 8 lines. Bingo5 only started in 2017 but it is already very popular across Japan, where most forms of gambling are banned.

If you ever find yourself in another country and want to play some bingo, you've probably got a better idea of what to look for now!

If we've got you in the mood now though, why not play some mobile bingo from the comfort of your home? Better still, why not look into playing bingo locally with friends and family?

If you want to play for fun or to raise some money for charity, you can even organise your own bingo night and play using the rules of any of the countries listed above too. Have fun!

Bingo Abbreviations Glossary
Get to know your TTYLs from your PJPs with our ultimate guide to bingo lingo!
The Difference Between Live Bingo Halls and Online Bingo
We all love bingo, but what are the differences between playing online or taking a trip to your local hall?
Why should you play bingo instead of the UK lottery?
Bingo and the UK lottery are more similar than you think, but what makes bingo more attractive?
Max Wright