Play’n Go is a casino game provider, based in Sweden, with over 20 years of gambling industry experience. Play’n Go casinos feature over 100 slot games including popular titles like Legacy of Egypt, Rise of Olympus and Book of Dead. Try the company’s latest games at one of the casinos listed below.

Karamba casino is home to over 300 games including popular Play'n'Go slots like Book of Dead. Sign up and deposit to get a 100% match bonus up to £50 plus 20 free spins. Deposit another £10 the following two days and you can claim 80 more free spins!

Join Videoslots casino today to play over 3,000 slot games and you’ll be treated to 11 wager-free spins. Deposit £10 and you’ll get a 100% match bonus, plus £10 extra cash which you can use to play your favourite Play’n Go casino games including Rise of Olympus and Reactoonz.

Over 18s and new players only.
playShadowBet REVIEW

ShadowBet is offering new players 100 free spins on Play’n Go’s hit slot game Book of Dead when they make their first £20 deposit. Join today to get a free round on the exclusive Ouroboros slot for your chance to win a bonus. Loyal players are rewarded with free spins or bonus cash.

75 Free Spins
On Book of Dead

SlotsMagic casino is giving brand new players up to £100 bonus cash and 75 free spins on the hit slot game Book of Dead when they deposit using bonus code BOOK75. Join Rich Wilde on an Egyptian adventure and trigger the bonus round to play 10 free spins.

Over 18s and new players only.
playTemple Slots Review

Sign up to Temple Slots Casino to play hundreds of popular casino games including brand new Play’n Go slots like Cash Vandal, Crystal Sun and Contact. Join and get up to £150 reload cash bonus and 150 free spins. Temple Slots has weekly promotions and a great selection of classic table games.

Omnia Casino is packed full of casino games including Play’n Go’s full suite of slots. Join today to claim 100 free spins on the hit slot game Book of Dead when you make your first £20 deposit. All players are treated to 10% weekly cashback up to £1,000 and can collect Omnia Coins to trade in for rewards.

Over 18s and new players only.
playProspect Hall Review

Join Prospect Hall Casino and claim up to £300 bonus cash across your first three deposits, plus get 100 free spins. You can use your bonus on hundreds of slot, table and live casino games including Play’n Go’s popular slots Golden Colis, Wild Falls and Rise of Olympus.

Sign up to ComeOn! Casino and deposit to claim your welcome bonus. Get 20 free spins and a £25 casino bonus to try out brand new Play’n Go slot games like Crystal Sun and Mahjong 88. ComeOn! Casino has hundreds of games for you to play including live dealer studios, scratch cards and progressive jackpots.

Join Slots Million to play over 1,800 casino games from over 80 slot providers including Play’n Go. Join today and you’ll get a 100% match bonus up to £100 and 100 free spins when you make your first deposit. All players are treated to a 25% deposit bonus every week.

The company has also produced its own unique titles such as those that allow players to place fixed odds bets on the outcome of random wheel spins.

Play’n Go is licensed by the UK Gambling Commission, meaning you can play its games at any UK partner casino where the software is integrated.

A history of Play’n Go 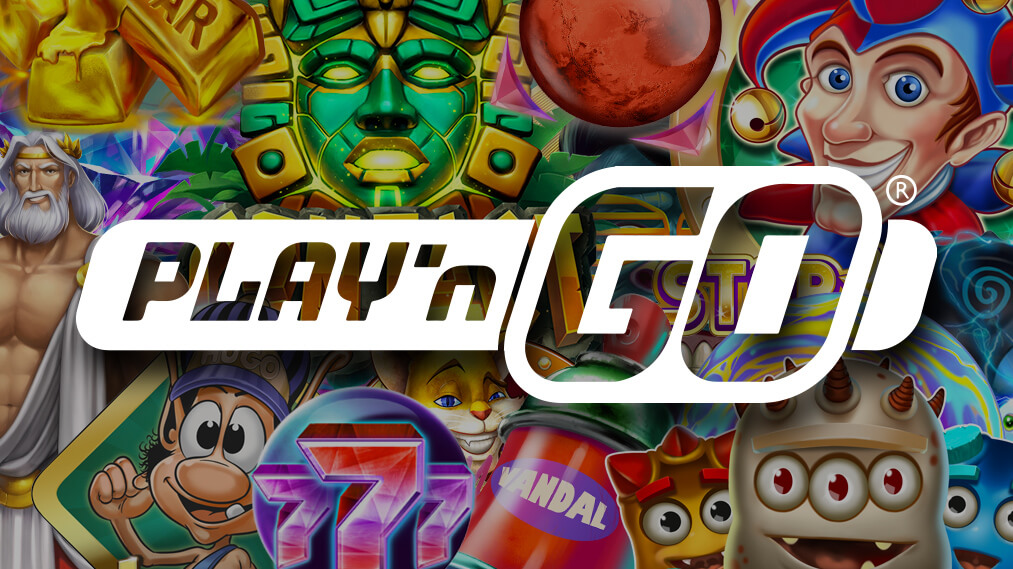 Play’n Go is a slot game developer established in 2004. The history of the company, however, dates back to 1997 when the founding members worked as development subcontractors at a separate competing studio.

Play’n Go was created with the goal to provide unique gaming experiences for players through exceptional products and a suite of HD video slot games.

Originally based in the Swedish town of Växjö, Play’n Go has grown from a small group of developers to over 300 staff members working across its six offices in Sweden, Hungary, the USA, the Philippines and the UK.

Play’n Go is famous for its portfolio of slot games, however, it also has a dedicated casino platform called Game Account Toolkit (GAT).

Inspired by the company’s years of industry experience, Play’n Go casinos offer a complete and comprehensive back-office for operators to utilise for their own brands.

GAT is built on open-source software allowing the integration of third-party products from NetEnt, Microgaming, NYX and Evolution Gaming.

Book of Dead is one of Play’n Go’s most popular online slot games. Based on a nondescript archaeologist in ancient Egypt, the game is filled with ancient Egyptian symbols from, a Horus and a mummy to Tutankhamun.

Land three or more book symbols to trigger the free spins round where you’ll be given a randomly selected expanding symbol that covers the reel to increase your chances of winning.

7 Sins is the tantalising video slot game with 243 paylines and a 96.3% RTP. Each of the paytable symbols is based on one of the seven deadly sins: greed, lust, wrath, gluttony, envy, sloth and vanity.

Land two scatter symbols to trigger the unique ‘second chance’ feature where you are invited to pick one of the seven sins symbols to win a prize up to 15 times the value of your total bet. Trigger the bonus round to get seven free spins. During the free spins, one symbol is in play and you can win up to 1,112 times your bet.

Fire Joker is a straightforward slot game with three reels, five paylines and eight retro symbols including the bar, cherries and lucky seven. Don’t let that fool you though as you can still win up to 800 times your bet.

Fill the reels with the same symbols to trigger the ‘wheel of multipliers’ feature and spin it to land a possible 10x multiplier. The ‘respin of fire’ appears when you have two full stacks of symbols on the outer reels, giving you a further chance to win.

Start your quest to defeat the evil wizard in Tower Quest from Play’n Go. This medieval-themed game plays on a classic five reel playboard with 20 winning combinations. Scatter symbols are collected during your spins with a feature unlocked once you have collected 10.

Trigger the bonus round by hitting three evil wizard symbols. During the bonus game, you’ll choose your fighter and play a game of cards. Cards are drawn for you and contain a range of health and attack values. You’re awarded up to 500 times your bet based on the cards you defeat with those you select.

Golden Colts is a five reel, 40 payline slot game with a unique theme where the Wild West meets the undead. Get three or more scatter symbols to trigger the bonus game which will award you with one of seven randomly selected features.

These include the opportunity for free spins, multipliers of up to 30 times and an exclusive “Most Wanted” feature where you select posters to reveal a prize up to 2,500 times your bet.

The quality of Play'n Go games

Play’n Go has a vast portfolio of games, complete with unique themes and stunning HD graphics. We’re impressed by the attention to detail shown in the animated backgrounds and interactive reel symbols. These touches help to make the games stand out in a saturated industry.

The entire Play’n Go catalogue is available in 30 languages and contain a fast play option if you prefer a quicker payline reveal.

Each game has a different set of themed bonus features such as the hand of god feature in Rise of Olympus and the guillotine feature in Battle Royal, a game based on Henry the Eighth and his six wives.

All Play’n Go casinos and slots are built using HTML5 technology, meaning they can be played on a mobile or tablet without you needing to download any additional software.

Mobile quality is equal to desktop thanks to the way the design layout is altered for smaller devices. The spin button is located on the right-hand side of the screen and all other options are contained in the hamburger menu. You can choose to move the spin button using the handy ‘left-hand mode’ feature.

Play’n Go launched its OMNY® feature in 2018 which allows players to transfer sessions between devices, including land-based versions.

Play'n Go's casino games portfolio is one of the best in the industry. The slots are highly detailed and on par with other huge slot providers like NetEnt. We particularly enjoy the out-of-the-box bonus games as standard free spins rounds are getting a bit repetitive.

The only area where Play'n Go fall behind is its table game selection. It's a small range and while the games are enjoyable, we would recommend playing elsewhere if you want a full range of casino games.

How To Stay Safe When Playing At Online Casinos

Safety first! Find out how to keep yourself protected when playing at online casinos and avoid scams. 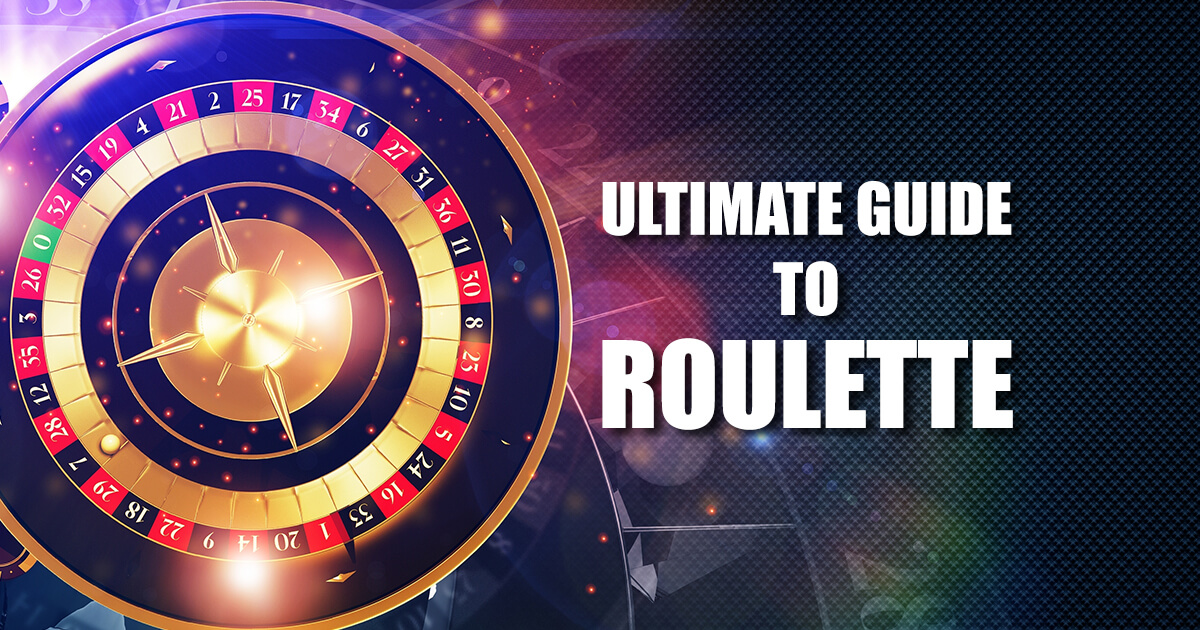 How To Play Roulette

Read our guide to master one of the oldest and most popular games found in both online and traditional casinos.

These days you can play slots while sat at home in your underwear, but should you?