IGT is a multinational gambling company with a long history of producing land-based casino games. Following the acquisition of WagerWorks in 2005, IGT has produced over 100 online slot games including its famous MegaJackpots series. Play your favourite IGT games at one of the online casinos listed below.

bgo is one of Blueprint's biggest and most popular casino sites. Sign up to bgo casino and deposit £10 to win up to 500 free spins by spinning the Mega Wheel!

Over 18s and new players only.
playKerching! REVIEW

Slots Million Casino has over 1,800 popular casino games from top slot developers such as IGT. Sign up today and deposit to claim up to £100 bonus cash plus 100 free spins! Play your favourite MegaJackpots slots including Cleopatra, Wheel of Fortune and Siberian Storm.

Join BetVictor Casino and deposit just £10 to claim a huge £90 bonus package including £60 bonus cash to try out over 700 casino games. BetVictor caters to all players with live casino, classic table games and a huge variety of video slots like Da Vinci Diamonds, Solar Disc and Kitty Glitter.

At Reel Vegas, the welcome offer is in your hands. Deposit up to £49 and get 50 free spins on three popular slot games or deposit £50+ to claim 20% cashback on losses up to £200. Use your cashback to try one of 400 casino games including live dealer tables, jackpot games and video slots.

Join Jackpot Jones and claim up to 250 free spins on your first three deposits. There are hundreds of casino games to choose from including IGT’s popular progressive jackpot – MegaJackpots. Loyal players are rewarded with entry to the exclusive VIP scheme where you can claim weekly bonuses and enhanced VIP promotions.

The Sun Play is offering new players a huge bonus with up to £400 match bonus and up to 150 free spins up for grabs! Try one of IGT’s pooled progressive MegaJackpots games like Isle o’ Plenty, Cleopatra or Star Lanterns. With over 400 casino games to choose from, The Sun Play has something for everyone.

What other products does IGT make?

IGT first made its name in gambling by producing physical gaming machines. It remains the world’s largest supplier of land-based video poker to this day.

The studio's online games portfolio comprises of table favourites like blackjack and roulette, as well as virtual poker, instant win titles and even bingo rooms featuring rare 30, 50 and 80 ball variations.

How do I win the MegaJackpots progressive?

IGT has a pooled progressive jackpot prize comprising of bets from MegaJackpot versions of its most popular titles, such as Monopoly, Cluedo and Cleopatra.

You must land five MegaJackpots symbols on the middle payline or during a free spins bonus to trigger the jackpot. After every spin that doesn’t award the jackpot, a ‘Second Chance’ spin happens behind-the-scenes that can also award the main prize.

The odds of winning the jackpot are proportional to your bet amount. For example, playing a 40p spin doubles your chance of winning compared to a 20p spin. 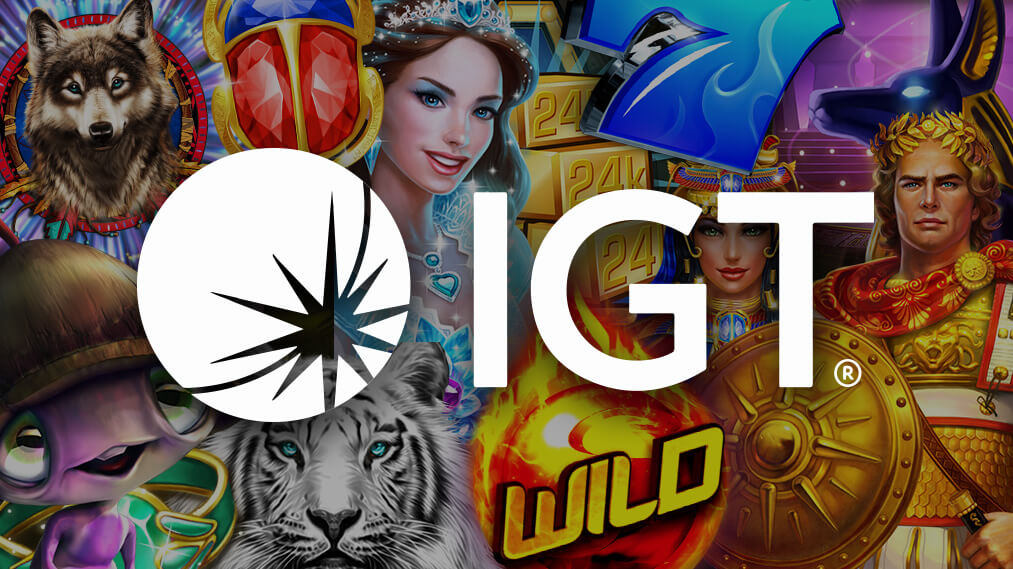 International Game Technology (IGT) was founded by William Redd in 1975. He began his gambling career at 18 years old after buying a used pinball machine and convincing a burger restaurant to host the game in exchange for 50% of the revenue.

IGT was best known for producing land-based slot machines and went public in the 1980s. The company to celebrate a number of “industry firsts” into the next decade, including the release of the world’s first progressive jackpot game, Megabucks, in 1987.

Megabucks was a slot machine network that allowed players across Nevada to play for the same $1 million jackpot prize. Another progressive slot machine, Wheel of Fortune, followed in 1996 and since become one of the most popular games of all time and is still played around the world today.

IGT moved into online gambling when it acquired WagerWorks for $90 million in 2005, before itself being acquired by the world's largest lottery operator, Gtech, for $6.4 billion in 2014. The Gtech name was later dropped and the company now employs over 12,000 people across  London, Rome, Italy, Las Vegas, and Providence offices.

IGT games vary in design quality and innovation. Many of its older titles, such as Wolf Run and Great Eagle, now appear outdated with low-quality illustrations and basic bonus features like free spins and wild symbols.

The graphics have improved over time with newer titles such as Solar Disc and Keystone Kops utilising animations and 3D elements, although the quality still doesn’t rival that offered by NetEnt or Play’n Go.

We do, however, particularly like Double Diamond and Wheel of Fortune Ultra 5 Reels, designed in a classic Las Vegas-style.

Newer IGT slot games are developed using HTML5 technology, meaning you can play on your mobile and tablet without downloading any additional slots software. Older games do still use Adobe Flash software that may require you to update your device beforehand.

The mobile casino experience of IGT slots is similar to the desktop, except for the controls. In horizontal mode, you can change your bet on the left-hand side of the playboard and the spin button is on the right-hand side. In portrait mode, the playboard is moved to the top of the screen with the game controls below.

You can find the menu containing the game rules and paylines in the top right-hand corner of the screen.

Based on the fierce ruler of Egypt, Cleopatra is IGT’s most popular title, featuring five reels and 20 paylines. Traditional paytable symbols include a Sphinx, horus and scarab beetle.

The Cleopatra wild symbol doubles the win from any payline on the playboard. Land three or more Sphinx scatter symbols to trigger the bonus round, complete with 15 free spins and triple wins.

Kitty Glitter is not the most visually stunning IGT creation, but we imagine its popularity might have something to do with the adorable feline paytable symbols and the chance to win up to 1,000 times your bet.

Get three bonus symbols on the middle three reels to trigger the bonus feature with 15 free spins. Collect diamond symbols to upgrade the cat symbols to wilds for all subsequent bonus spins.

Da Vinci Diamonds is a five reel, 20 payline slot game featuring the famous Mona Lisa portrait and other notable works by Leonardo da Vinci. The game uses a Tumbling Reels feature, meaning the symbols fall from above rather than spinning in a traditional reel format.

Winning paylines disappear and are replaced with new symbols, giving you another chance to win. Land three bonus symbols to trigger six free spins. You can retrigger up to 300 more spins in the bonus game.

Golden Goddess has a unique Super Stacks round that creates stacks of matching symbols on a reel. If multiple reels show identical stacks, the potential for a large win increases.

Hit three bonus symbols to trigger seven free spins. Players pick a paytable symbol at the beginning of the bonus game to become the Super Stacks symbol on all reels.

Pixies of the Forest

Pixies of the Forest is a five reel slot game filled with enchanting pixies, magical fairy dust and a whopping 99 paylines.

It also uses Tumbling Reels and offers the chance to trigger up to 11 free spins by landing three bonus symbols anywhere on the reels.

IGT is an industry veteran and has made strides to revolutionise the gambling sector for players. In fact, the company has received many awards recognising its innovation in technology, products and services from well-respected ceremonies, such as the International Gaming Awards

The graphics of IGT games aren’t as high-quality as those from established providers like NetEnt or indie developers such as Thunderkick, but we still recommend playing if you’re looking for simple rules, unique bonus rounds and a variety of interesting themes.

What's The Secret To Winning A Progressive Jackpot Slot?

Psst...we've revealed the secret to how you can win a progressive jackpot!