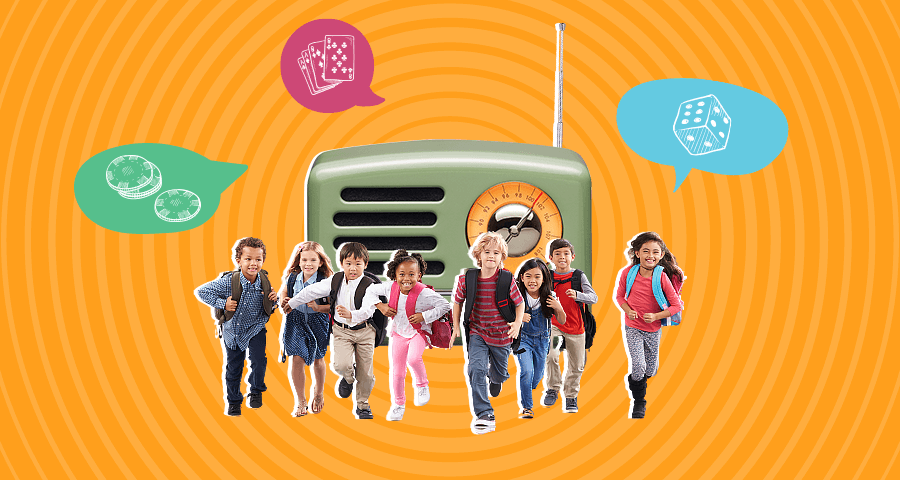 Gambling companies are potentially exposing millions of children to gambling by pouring money into radio advertising during the ‘school run’, data shows.

According to research by market analysis firm Nielsen on behalf of the Guardian newspaper, the gambling industry is responsible for spending the second-highest amount of all industries on radio ads aired between 8am-9am and 3pm-4pm, times when millions of children are travelling to and from school. Companies related to the gambling industry were outspent by only the government (including money spent on COVID-19 communications) and the automotive industry.

Of all spending on radio advertisements broadcast during school-run hours over the past year, the gambling industry was shown to be responsible for 5%, or about 1,200 hours’ worth.

According to the Department for Transport’s figures, out of 8.9 million British schoolchildren, 46% of those aged 5-10 and 23% of those aged 11-16 travel to school by car.

Heather Wardle, Lord Kelvin/Adam Smith reader in sociology at the University of Glasgow, said the findings drew attention to the exposure of children to gambling through the media: “Evidence from the Gambling Commission shows that 7% of children exposed to gambling advertising said that seeing or hearing advertising prompts them to gamble when they were not planning on doing so.”

Responding to the findings, industry leaders were quick to stress their commitment to industry guidelines relating to advertising.

A spokesperson for the Betting and Gaming Council said: “BGC members abide by the strict rules set down by the Advertising Standards Authority. Indeed, since the BGC began two years ago, we have introduced a number of measures to go even further than the requirements of the advertising codes developed by both the ASA and the Committees of Advertising Practice.

“In addition, our members ensure that 20% of their TV and radio ads are safer gambling messages.”

A spokesperson for Camelot, operator of the National Lottery, said: “We’ve always followed strict guidelines to ensure our ads don’t appeal to children, and this has contributed to it being widely recognised that the inherent risk of unhealthy play associated with national lottery games is extremely low.”

The issue of gambling-related advertising in general has already been a central theme of debates about what the government’s review of the Gambling Act 2005 will look like. Carolyn Harris MP, chair of the All-Party Parliamentary Group for Gambling-Related Harm, has already drawn attention to the “national disgrace” of current advertising rules and opined that “Until we completely overhaul their access to advertising platforms, we will continue to expose children and vulnerable adults to this unrelenting attack.”

These latest revelations shed light on another aspect of this issue for the government to consider as it prepares to announce its proposed changes to the Act early next year.