‘Technicalities’ are exposing children to gambling

Despite being regulated, heavily taxed and public figures talking about the dangerous effects it can have on a persons life, the general public doesn’t seem to take gambling very seriously. As it turns, out, most people in the UK don’t realise that they are gambling regularly.

Part of this public perception is likely due to how the Gambling Commission picks and chooses what it regulates based on it's own definition of gambling. In its eyes, if there is no official avenue to win real money back from a game or activity that could be considered gambling, then it isn’t real gambling and doesn’t require the Gambling Commission's attention.

This means that if you spend real money to play games or take part in activities that resemble or even directly emulate casino/gambling games but you don’t win real money back then you’re technically not gambling, even if the potential for harm is exactly the same. At least that’s how the only governing body that has any say on this matter sees it anyway.

The Gambling Commission uses these technicalities to bury its head in the sand, especially where children are concerned. They refuse to step in and manage Loot Boxes in video games because ‘technically’, they aren’t gambling. Similarly, Grand Theft Auto 5 currently runs the biggest virtual casino in the world, which the Gambling Commission seems to have no problems with, despite the potential for harm and addiction being exactly the same.

This isn’t something that’s neatly contained online or in only in video games though, even somewhere as innocent as an arcade full of children games can expose your children to gambling too. A bowling alley local to the Online Bingo office has an arcade that features two slot machines amongst the other games, one of which let children spin 10p at a time for a chance to win tickets that could be exchanged for prizes, the other let children wager 10p a spin, with a £5 jackpot.

Whilst one of these machines is technically not gambling as you can only win tickets, it is still an exact replica of a slot machine that simulates the feeling of gambling and costs real money, even if the stake limit is only 10p. However, the other machine offers prizes from 40p to £5, which fits every definition of gambling available, including the Gambling Commissions. 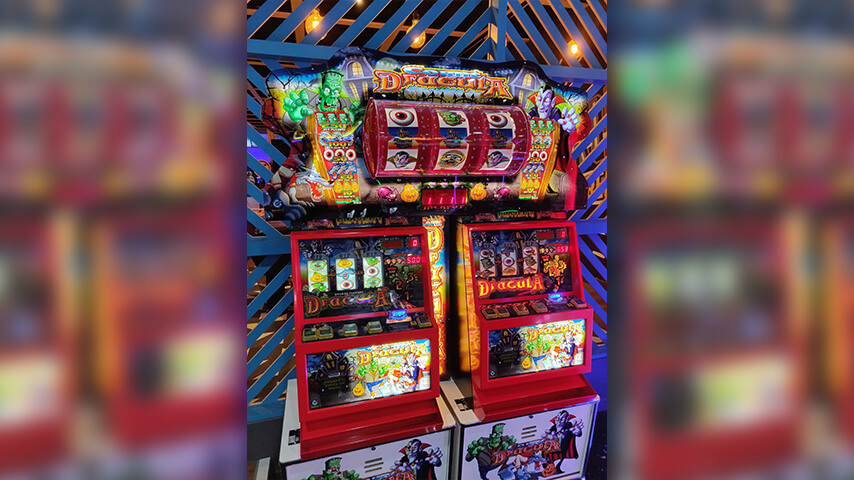 It’s not like these machines were marked as 18 only or in a separate section of the arcade, this was an activity that children were allowed to take part in with no deterrent or ruling. These category D gambling machines are the only type of gambling that children under 16 are allowed to take part in, which reasons that the games stake limit and jackpot being so low means it's acceptable for children.

There are other category D arcade machines that are popular with kids, including the claw machines and coin push machines, but these games don't directly emulate a gambling or casino game like the slot machines do. Children are more likely to develop habits as an adult if it's something that is normalised to them through a child-friendly version. For example, a study into the use of candy cigarettes that took place in 1990 found that children aged 10/11 who used candy cigarettes were twice as likely to start smoking real cigarettes than those who didn't.

The Gambling Commission states that it aims to protect children from gambling related harm, but by refusing to regulate gambling activities in video games and allowing children under the age of 16 to play on category D gambling machines in arcades, it is letting technicalities about what's considered gambling get in the way of that goal. Frustratingly, these technicalities are ones that the Commission itself has defined.