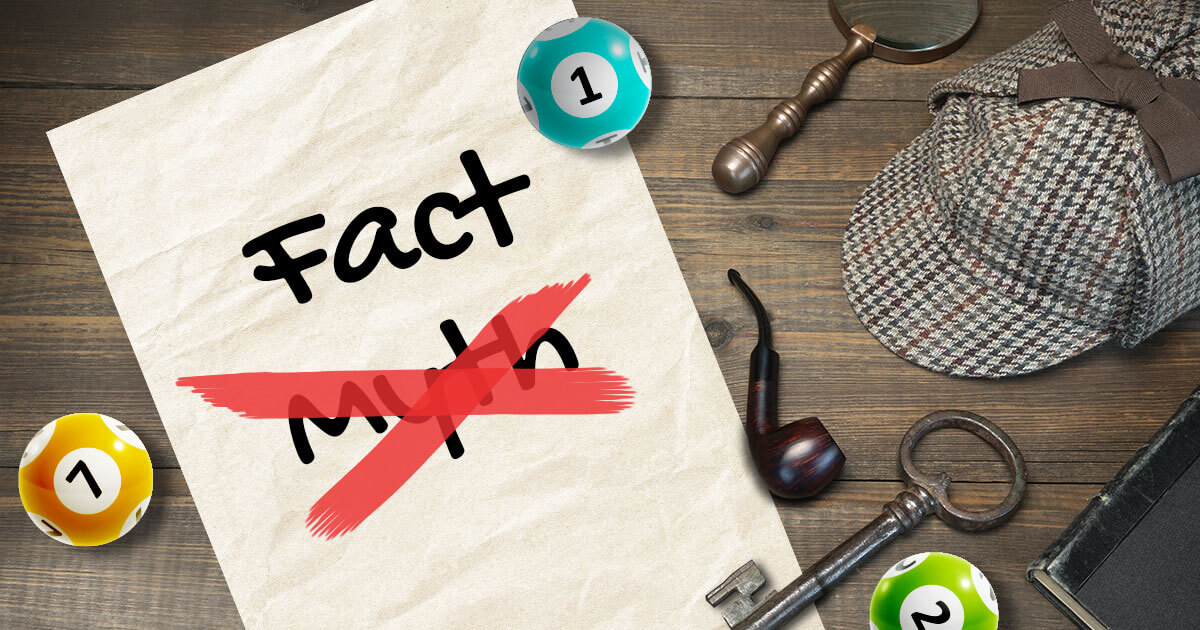 Gambling is as old as time itself. Yes, even the Ancient Greeks enjoyed a game of dice from time to time. But, just because we’ve been doing it for thousands of years, doesn’t mean we know everything – far from it.

There is so much misinformation floating around that it’s easy to understand how business is still booming for casinos. In an effort to save you a few quid, here are some of the top myths out there debunked for your pleasure.

Gambling is almost entirely dependent on luck and anyone who believes a game is ‘overdue’ or that a table is 'hot' is experiencing Gambler’s Fallacy. A common belief that causes people to assume that the outcome of a game is dependant on what’s happened before.

For example, if you’re at the roulette table and you’ve watched the ball land on black four times in a row, you might believe that red needs to come next – this just isn’t the case.

It's easy to blame others for your losses, but luckily for us Brits, gambling is legally regulated for our protection. Any gambling establishment in the UK or online site that accept British players are (or should be) monitored by the UK Gambling Commission.

Playing at a regulated casino means that the games your playing are fair. The most popular method used to guarantee fairness is random number generators (RNGs) which use a complex algorithm to make sure all games are random.

RNGs are monitored by external bodies and although they can be tampered with, it's certainly not by the casinos.

Casinos and online gambling sites are successful because people believe that you've got to be in it to win it. And while this is true to a certain extent, it's a dangerous way of doing things.

Chasing your losses will only lead to more losses because, for most games, gambling is a matter of chance and those odds are not in your favour.

As discussed earlier, Gambler's Fallacy causes people to believe that their luck has to change at some point but this simply isn't true. Most gambling events are independent of those before and after.

Also, factor in the house edge and remember that the odds are always in favour of those offering the bet. These companies know that some will win, but more will lose.

4. Winning is a matter of luck

As previously mentioned, gambling, for the most part, is dependent on luck. Slots, bingo, roulette – these are games of chance and no matter how long you play for or how much you bet, your odds are the same.

However, a few games come down to mathematics and in some cases, skill. The house still retains an edge which keeps casinos in business – if they didn't, Vegas wouldn't be the powerhouse that it is.

While it's best to just accept that if you play for long enough, you're going to end up in the red, there are occasions where you can increase your chances.

For instance, casino games like poker or blackjack can be manipulated to the player's advantage with enough experience and talent.

First popularised in the 1960s, counting cards was the first instance that casinos began losing frequently to gamblers. This technique of counting cards gives players an increased advantage over the house because, unlike roulette, the chances of winning change the longer you play.

However, many people think that the practice of card counting is illegal. Probably because of the film 21, but it isn't – not in the UK at least. Counting cards is not cheating, it's just using your brain advantageously.

That doesn't mean you can guarantee the casino is going to let you do it. They still have the right to stop you playing if they suspect card counting. Not being you're doing anything wrong, they just don't like it when you take their money.

6. Casinos adjust game outcomes if people are winning too much

Simply put, they can’t. Casinos in the UK, both online and offline, are regulated by the UK Gambling Commission so all games are fair for players.

However, regulations aside, casinos also don’t need to adjust the outcome of their games because they already have a built-in house edge that can’t be beaten in the long run.

Yes, some players will win big money eventually because that’s how probability works, but long-term, casinos are just fine and dandy without doing anything illegal.

Contrary to popular belief, online gambling isn’t illegal in the UK. Not only is it not illegal, the government license and regulate the industry to ensure games are fair and players are paid promptly.

To ensure you’re safe online, look for the UK Gambling Commissions logo in the footer of any site you’re playing on. This logo should link to the site’s specific license register which tells you everything you need to know about the company and whether it’s safe for you to play at.

It’s incredibly hard to prevent someone from handing their phone to a younger sibling to play on slots, but that doesn’t mean online gambling actively encourages underage gambling.

In fact, it’s a condition of owning a gambling license in the UK that you must help protect against underage gambling by obtaining documents to prove that all players are over 18.

Other regulations have also been put in place to protect young people, such as a ban on childish branding that could appeal to children.

Yes, we've already discussed how games are set up in favour of the house, but that doesn’t mean it’s impossible to beat them. While some games like slots and roulette are unbeatable, skill games aren’t.

We don’t advocate gambling as a long-term (or even short-term!) money-making strategy, but it’s not impossible to beat the casino and make some pennies. Games such as poker and blackjack can be beaten by experienced advantage gamblers.

Experience mixed with the right technique or strategy can see some people increase their odds over the house and make a good living.

Of course, it’s important to remember that while skill can increase your edge, these are still games of chance, so it’s probably best to quit when you’re ahead.

Not amused: Should Britain's arcades be more tightly regulated?