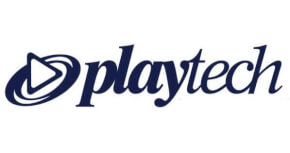 Playtech is one of the leading operators of online bingo sites in the UK and the software behind some of the country’s favourite brands. Playtech acquired the Virtue Fusion bingo site network almost a decade ago and have made improvements ever since, incorporating popular progressive jackpot slot games, such as Age of Gods. 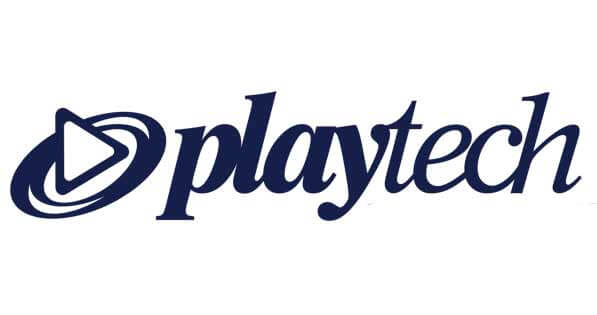 Similarly to other brands from Playtech, Betfred launched their bingo leg after establishing a name for themselves in betting. However, since 2006, Betfred has proven that it can do anything it puts it’s mind too. With plenty of bingo rooms, hundreds of popular slot games like Rainbow Riches, this is one Virtue Fusion site that’ll keep you entertained. Sign up and deposit £10 to claim £10 Bingo Bonus + 100 Free Spins when you deposit just £10, using code BINGO100.

We’re sure you’ve already heard of Mecca Bingo. Sign up and claim up to £120 worth of bonuses. This isn't a deal to miss!

As one of Britain’s biggest bookmakers, Bet365’s popular bingo rooms run on Playtech’s Virtue Fusion network and have wowed players since 2008. It features an extensive array of virtual casino games including bingo, slots, poker, roulettes and more, available both live and through digital platforms at the click of a mouse! New players won't want to miss out on this welcome offer that gives new players 200 free bingo tickets!

Buzz Bingo is a household name with bingo halls across the country, and you can get involved from the comfort of your home! Play dozens of bingo games, all the most popular slots and even your favourite casino games. New players can deposit £10 to claim a £30 bingo bonus, £20 in free spins and a free Main Event session worth £10!

Over 18s and new players only.
playFabulous Bingo REVIEW

If you like Sun Bingo, we have no doubt you'll love its sister site – Fabulous Bingo. Join today and deposit £10 to get £30 in bonuses, plus claim a 50% reload bonus on your second deposit up to £25! Choose from exclusive bingo rooms and slots including The Sun Winning Headlines and Mystic Meg.

What slot games can I play at Virtue Fusion bingo sites?

The Playtech bingo platform is not only home to dozens of brilliant networked bingo rooms, but also over 600 in-house and premium branded slot titles. The company owns eight individual games studios operating as subsidiaries. These include:

Which payment methods can I use at Playtech sites?

You can deposit at Playtech bingo sites using a variety of payment methods, ranging from Visa, MasterCard, Maestro and Visa Electron, to Skrill, paysafecard and even PayPal.

As with every gambling operator in the United Kingdom, you may occasionally be asked to complete a source of funds check by the Playtech brand you deposit at, in order to ensure your affordability to gamble.

Can I play on mobile and tablet?

Yes! This innovative company has made it their mission to make sure all of their products are compatible with mobile devices like a smartphone or tablet. You’ll be able to play in your favourite bingo rooms like Age of Gods or Deal or No Deal.

An introduction to Playtech Bingo

A brief history of Playtech

From one man’s small dream to one of the biggest gambling software development companies in the industry – things have come a long way for Playtech. It all started in 1999, when founder Teddy Sagi teamed up with casino and software engineering experts to transform the world of iGaming.

Today, Sagi is on the Forbes Rich List for Israeli People, which is no surprise given his entrepreneurialism. For instance, Sagi has invested money in many tech start-ups including mobile advertising companies Glispa and Mobfox. He even has his claws in retail, owning Camden Market Holdings – the parent company of Camden Market and Camden Lock Developments.

Playtech is probably best known for its range of popular bingo sites, despite having first made its name in more traditional casino games, such as blackjack and slots.

This is due to one of the industry’s biggest iGaming takeovers in 2010 when the gambling software giants acquired Virtue Fusion as its bingo platform, home to some of the biggest names in online bingo including Mecca Bingo, Sun Bingo and Paddy Power Bingo.

The move also saw the company branch out into multiple European countries and work with colossal gambling brands such as William Hill and Bet365.

So just what is it that makes Virtue Fusion software so advanced?

Moving away from Flash

Adobe Flash was, at one point, the leading multimedia software platform. It was what powered many of your favourite slot games for years, which is why you could only play them on your desktop, as many major phone manufacturers stopped integrating Flash on their devices.

Therefore, because Playtech wanted to offer their bingo software to more mobile and tablet users, they made the decision to move away from Flash towards HTML5 games.

The main aim of this move is to make gameplay enjoyable for everyone as well as faster and better at handling the complex needs of modern gaming.

What about Virtue Fusion?

The plan is to rebrand Virtue Fusion Bingo Sites to Playtech Bingo, as part of Playtech’s larger ONE project which aims to create one platform for all content, channels and devices.

This means you’ll be able to play casino, slot or bingo games on one site, with the same wallet and log in details.

All sites using the new Playtech Bingo branding are also running a new front end known as Portal. This is a user interface which allows the whole product range to be played in HTML5, including an even greater range of slots.

Smaller sites don’t use the Portal branding – yet. This is likely because their licence is held by Virtue Fusion Alderney, and they have no control over the software they use.

Larger brands such as Gala Bingo began the process of Playtech ONE integration back in 2016. It’s been slow and steady, so hopefully, there’s not long to go now!

What won’t be going anywhere, however, is the exclusive bingo rooms that are networked across the bingo sites. When you sign up to any (former) Virtue Fusion bingo site, you’ll still be able to access the most popular bingo rooms, including:

Based on the very popular slot game, Age of Gods Bingo brings the beauty of Ancient Greece to a classic 90-ball room. Tickets are priced at 10p and the game plays just like any other, however, Playtech added a very creative and rewarding bonus round – Arena of Gods.

Win the full house and you’ll be given nine coins to turn over until you find three matching god symbols.

Hades: Only the winner is awarded the jackpot

Athena and Ares: Split the jackpot. Ares gives 75% to the FH winner and 25% to the community, Athena is the other way round

Another slot-based game, Rainbow Riches Bingo is a 40 ball variation, full of features and opportunities to win one of four prizes.

One clover: Similar to a one line win, if you are the first to get all numbers on a single clover, you’ll win.

House: Be the first to mark all numbers on a single ticket and you’ll win.

Rainbow Riches Jackpot: There are two rainbow cloves that may be drawn throughout the game. If one or two come out, the leprechaun will move down the rainbow track, hopefully towards the pot of gold.

Spaces 10, 25 and 50 have a bronze, silver and gold pot on them. If you’re playing when he lands on one of them, the jackpot will be split accordingly. If he lands on the space after one of the pots, 50% of the pot is paid out.

Wishing Well Prize: You’ll need a minimum of five tickets in order to pick a Magic Number for the Wishing Well game. If your magic number is called during the round, you’ll get a coin in your personal Wishing Well. If you get 100 of these coins, you’ll win £5 bonus cash split equally between the Rainbow Riches bingo room and slot game.

Deal or No Deal Bingo

The hit game show that made everyone believe in superstition is a bingo game! Exclusive to the Virtue Fusion network, the Deal or No Deal bingo franchise has been a hit among players. There are 75 and 90 ball variations of the game with tickets costing 5p each.

In the 90 ball version, you can win one line, two lines or a full house. The 75 ball game has one to five line wins up for grabs. The big draw, however, is the Deal or No Deal feature.

If you win the full house or five lines, you’ll be given an offer from the banker for your box. Then you must decide: deal or no deal? You also have the choice to swap your box if any other boxes are left after the game.

Deal or No Deal bingo has a progressive jackpot that can get seriously high. To win, you need to get bingo in 31 calls or fewer in 90 ball or 42 calls or fewer in 75 ball. The winner will receive 50% of the jackpot, the rest is split between players depending on how many tickets they’ve bought.

After several months, Sun Bingo has finally moved to PlayTech's Virtue Fusion platform. See what's new with the site inside!

Playtech have renewed their exclusive Deal or No Deal license for another three years!

New bingo site Aztec Bingo is now live on the Virtue Fusion platform! Get your first look at the site inside!