William Hill has announced plans to close around 30% (700) of its UK stores, which is estimated to affect over 4,500 employees.

The news follows the betting company reporting an £820m loss during the first six months after the government reduced the maximum stake on fixed odds betting terminals (FOBTs) from £100 to £2.

The bookmaker's full statement reads: "William Hill has entered into a consultation process with retail colleagues over plans to close around 700 licensed betting offices.

"A large number of redundancies is anticipated with 4,500 colleagues at risk. The group will look to apply voluntary redundancy and redeployment measures extensively and will be providing support to all colleagues throughout the process. Subject to the outcome of the consultation process, shop closures are likely to begin before the end of the year."

It's unclear which William Hill stores are affected, however, staff were informed earlier this week.

The announcement isn't a huge shock as William Hill forecasted in its annual report that the decision would "have a significant negative impact on revenues" and put up to 900 of it's 2,300 UK stores at risk.

William Hill wasn't alone as Betfred claimed 400 to 500 of its shops may close and Ladbrokes Coral parent company, GVC Holdings has previously stated that up to 1,000 of its betting shops were in danger.

PlayRead full Review
How Do FOBTs Work?
Before putting your money into a FOBT, use our guide to find out if they all work the same way.
GVC pushes for complete ban on gambling ads
GVC Holdings has called on industry rivals to support an end to all sports betting TV ads in the UK.
Gamesys to pay £1.2m for social responsibility and AML failures
The Gambling Commission launched an investigation after a police report that revealed three individuals had funded their accounts with stolen money.
Amy McDonnell 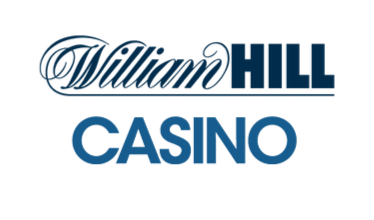 Gambling.com partners with US news giant to expand audience