The History Of Good Luck Charms 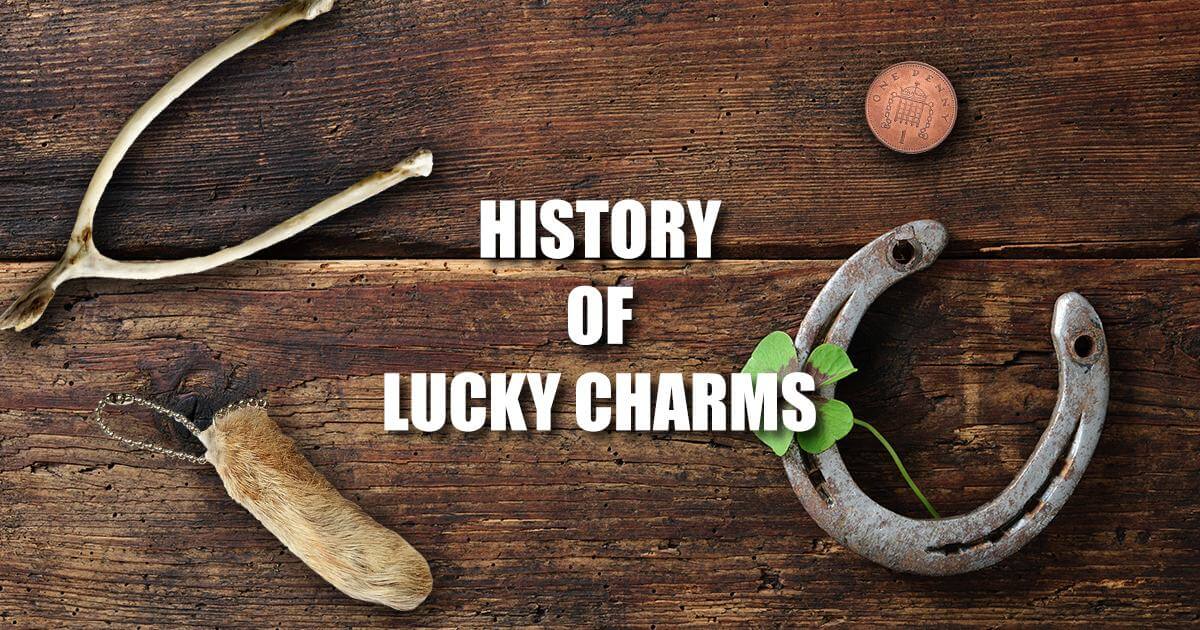 When you sit down to play online bingo, do you have a good luck charm? Is a photo? A special dance routine? Special lucky socks? (Go on – you can tell us!) Are there times when you have to play without it and it just doesn’t feel the same?

Well, you’re not alone – as humans, we’ve been relying on lucky charms to ward off ghosts, supernatural beasts and just plain old misfortune for thousands of years.

But why are horseshoes considered lucky? And would you rather put your trust in a pig or a plant? Well, it’s (ahem) your lucky day, as we’ve got all the answers right here.

Where did it all start?

Well, no-one really knows. Ever since homo sapiens became sapient, we’ve been using rituals and charms to try and make sense of the things we didn’t understand, such as the changing of the seasons.

The Ancient Egyptians put charms and amulets into the grave wrappings to bring the dead luck and protection in the afterlife, and in 2015 archaeologists discovered a 1,500-year-old amulet in Cyprus too.

Luck be a lady

The Greeks and Romans took their luck so seriously that they worshipped goddesses devoted to that intangible quality. The Greek goddess was called Tyche, but we like the sound of the Roman goddess Fortuna.

She wasn’t guaranteed to give you good luck, though – luck was as inconstant then as it is today, and praying to Fortuna may equally have called down bad luck upon your head. Phew – think we’ll stick to four-leaved clovers!

Fast forward to the Middle Ages, and you practically couldn’t move for lucky charms. With an average life expectancy of only 31 years, the many, many things likely to carry you off included plague, starvation, disease and freezing to death.

In those days, it was perfectly possible to die of food poisoning or even mumps. No wonder there was such a brisk trade in charms of all kinds. A sensible traveller would carry pieces of sealskin to protect against lightning, and vulture body parts for general protection (we’re not sure how that was supposed to work – perhaps the smell deterred the robbers?).

People who were involved in particularly dangerous or precarious trades developed their own folklore and charms to suit their needs. In particular, farmers, subject to the fickle whims of the weather, and sailors, at the mercy of the ocean, could fill a whole chapter of the story by themselves.

For example, Dutch immigrants to Pennsylvania used to paint a ‘hex’ symbol (a sort of stylised flower or star) on their barn doors to guard against the contents being eaten by rats or spoilt.

A really common good luck symbol with its roots in agriculture is the horseshoe. The story behind this is that St. Dunstan (patron saint of blacksmiths, trivia fans!) nailed a shoe to one of the devil’s cloven hind hooves.

It became so painful that the devil agreed that if it was removed he wouldn’t go into any house sporting a horseshoe above the door. Remember to hang yours as a U shape so that the luck doesn’t fall out!

The use of horse brasses (decorative plaques worn on a harness) goes back to Roman times, as these amulets were supposed to turn away evil spirits from the precious horses.

For hundreds of years, shipbuilders have incorporated lucky charms into ships to ensure peaceful voyages to the crew. In the 14th and 15th centuries, these were usually coins seated below the mast or keel.

Apparently, if you wanted a really calm, safe voyage you also had to step aboard using your right foot first, pour some wine on the deck and wear an earring (supposed to protect against drowning. Probably not as good as a life jacket).

If you’d like to bring someone else luck, you can offer them a pot of ‘friendship bamboo’ in China, or (if it happens to be the first of May in France) some lily of the valley.

Animals have always featured strongly as good luck or protective charms, as it was believed that the qualities of the animal would be transferred to the wearer, making you (presumably temporarily) as brave as a boar or cunning as a snake.

In China, there are documented instances as far back as 500BC of people keeping crickets in cages as good luck charms. They were considered to be symbols of virility and prosperity and were prized for their song. Wealthy Chinese placed imperial guardian lions (also known as fu dogs) outside houses and temples to deter thieves, too.

Pigs are a surprisingly common theme worldwide, partly as protection and partly as symbols of financial security (hence our piggy banks).

Evil eye or cat’s eye amulets, made from glass or precious stones, are common in Middle Eastern and Indian cultures, and are particularly useful for turning off an enemy’s evil thoughts.

Ever wondered why we ‘knock on wood’ or cross our fingers for luck? Well, touching wood confuses any evil spirits that might be lurking in the trees! Crossing our fingers was originally done as an act of agreement or support with another person – the two of you would use your index fingers to form the powerful symbol of a cross.

So, while you master the mechanics of hopping to your desk with your right foot forwards while crossing your fingers, clutching your lucky pig and asking Fortuna for help, may we just take this opportunity to say – ‘good luck’!

Sara Walker has over 10 years of experience writing for online publications including OnlineBingo.co.uk. Sara enjoys researching the history of the gambling industry including the weird and wonderful world of good luck charms.

Sara Walker has over 10 years of experience writing for online publications including OnlineBingo.co.uk. Sara enjoys researching the history of the gambling industry including the weird and wonderful world of good luck charms.