Face The Chaser at Gala Bingo

The thrill of the chase

Gala Bingo has launched a new TV show themed bingo variant, and this time, players are invited to challenge The Chase.

The Chase Bingo room is live on Gala right now, so players can head over and take a look. Like most Gala exclusive variants, it is a standard 90 ball bingo game with a bonus feature for the Full House winner.

This bonus feature replicates the Final Chase game from the quiz show. The Full House player picks an amount that they wish to chase (higher amounts make the game harder), and the game randomly scores the player and the Chaser to see how many steps they earn. If the player gets to the prize before the Chaser catches them, they win the money.

Unfortunately, all the results from this bonus game are randomised; players don’t answer the questions for themselves. Instead, the game simply tosses a coin to decide whether the player and the Chaser answered correctly.

It’s understandable why Gala would do this (winners may not always be available to answer questions), but it’s a shame to see a skill-based game boiled down into a game of chance.

To soften the blow, even if the winning player loses The Chase bonus game, they keep a small bingo bonus (along with their Full House winnings, of course).

Sound interesting? Well, head to Gala Bingo today, and try it out for yourself. Gala is currently giving away £10,000 every weekend through The Chase Bingo, so it’s a pretty good time to give it a go. 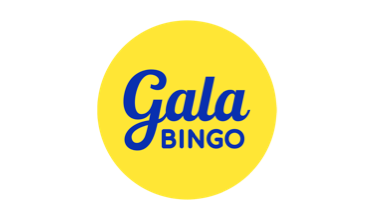