6 Of The Craziest Bets Ever Made 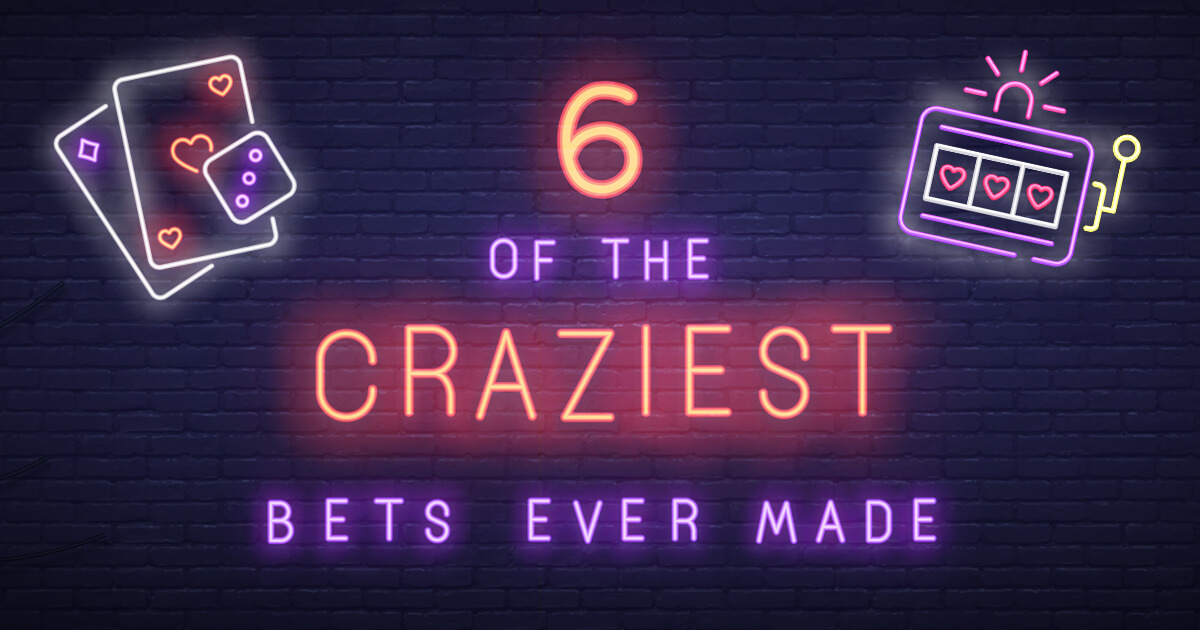 We've all dreamed of running off to Vegas and putting all our money in the hands of lady luck, but most of us don't because we know that's a stupid thing to do.

However, there are some risky high-rollers out there who we can live that dream vicariously through.

This is our list of the most daring and utterly stupid people who've profited from some insane bets.

Put it all on red

Would you bet your entire life savings on red? Probably not, but that’s exactly what Ashley Revell did back in 2004. Revell, from Kent, took a casual chat in the pub a bit too far when he decided to sell all of his possessions, jet off to Las Vegas and risk everything he had on a single spin of a roulette wheel.

After selling a BMW, Rolex and even his own clothes, Revell was ready to put his money where his mouth was and risk it all. After convincing Sky to film the event, it took a while to get a casino to accept the bet. However, the Plaza Hotel & Casino in Vegas agreed and the bet took place on 11th April 2004.

With £78,000 in his pocket, Revell put it all on red. After what we imagine was an agonising wait, the ball landed on number 7 – red! Doubling his life savings, many expected such a risk-taker to have lost it within the year.

However, content with his £153,680, he used his winnings to set up an online poker company called Poker UTD, which went out of business in 2012. He now owns iGaming Recruitment a website that matches online gambling companies with job applicants.

In 2003, Nick Newlife had a hunch about a certain Swiss tennis player named Roger Federer – you may have heard of him. He took that hunch straight down to William Hill and placed a £1,520 wager on the Swiss player to win Wimbledon seven times by 2019, at odds of 66-1.

However, Newlife died three years before Federer destroyed Britain's hopes of a Wimbledon champion by winning his seventh tournament in 2012. A lonely man, he left his belongings to Oxfam, including the betting slip.

Therefore, while the rest of the country felt defeated, the charity was over-the-moon as the ticket saw them with a £101,840 donation.

A trip to the tracks

Similarly, Richard Hopkins spotted a 13-year-old Lewis Hamilton on the go-karting tracks back in 1998 and wagered a couple of bets on the success of young Hamilton.

Not much is known about William Lee Bergstrom except for the fact that he was responsible for the largest bet in casino gambling history at the time, amounting to $777,000.

Yes, that’s right, in the early 80s, Bergstrom asked Benny Binion, gambling legend and owner of the Binion’s Horseshoe casino, what his table limit was. Not one to disappoint, Binion had zero table limits for anyone who was placing their first bet.

Bergstrom returned with a suitcase filled with cash and an empty one, ready to win. He put $777,000 on the Don't Pass line, doubled his money and left.

Three and a half years later Bergstrom returned to place a $538,000 bet on another single roll of a dice which he won along with another $117,000 on three more craps bets.

However, lady luck was not on Bergstrom’s side when he placed a $1 million bet for the final time on the craps table and lost it all when the shooter threw a winner seven. A year later, he committed suicide.

The luck of the Irish

Most of our high-rollers are people who knew exactly what they were getting into, but that’s not the case for Patricia Demauro. A woman who was having no luck at the penny slots, Demauro decided to turn her hand to the craps table.

Having only played once before, it’s safe to assume that Demauro was a novice, but that didn’t stop her rolling the dice a consecutive 154 times without ever hitting a seven.

That’s the longest and most successive dice roll ever which has odds at an incredible 1 in 1.56 trillion.

Her grand sum has never been disclosed, but it’s not unlikely that she will have scooped over $100,000 that night.