Scientific Games is an American multi-channel content distributor specialising in casino games, lottery and sportsbook solutions. Play over 100 casino games including the brand new Medusa Megaways™ slot with up to 117,649 paylines and the chance to win 50,000 times your wager.

Join 888Casino today and double your first deposit with a 100% match bonus. Use code live30 to top it up with an extra £30 to spend on your favourite Scientific Games titles like Rainbow Riches, Soldier of Rome and Lady of Avalon. All players are treated to weekly bonuses including free spins, bonus cash and casino coins.

Join the casino backed by the nations best-selling newspaper. The Sun Play is a top Nektan casino with over 800 games from some of the best games providers; NetEnt, IGT & Scientific Games! Claim a huge Welcome Bonus worth up to £400 bonus cash plus up to 150 free spins up for grabs when you sign up with Sun Play.

Sign up and deposit at Fika Casino to claim either 50 free spins or up to £200 cashback. All players are treated to weekly promotions including free spins, cash drops and real money. Fike Casino has hundreds of casino games on offer including progressive jackpots, table classics and video slots.

PlayOJO is home to over 2,000 casino games including slots, table classics, progressive jackpots and live dealer titles. New players can claim up to 80 free spins with no wagering requirements – no questions asked. Play the popular Rainbow Riches franchise today.

Join SlotsMagic Casino and deposit using code BOOK75 to can claim £100 bonus cash and 75 free spins. All casino players are catered for at SlotsMagic as you can choose between slots, table games, jackpots and live casino. Try out the brand new Medusa Megaways for a chance to win 50,000x your bet.

Over 18s and new players only.
playParty Casino REVIEW

At Party Casino, new players get 120 free spins when they deposit £10 or more. Play hundreds of games including popular Scientific Games titles like Rainbow Riches, Monopoly Bring the House Down and Cash Stax. All players can claim cashback every time they play –  win or lose.

Join Mary Chip and her friends at QueenVegas Casino and deposit to claim a 100% match bonus and 50 free spins. Play all your favourite Scientific Games titles from Bally, Barcrest and Williams Interactive. All players are treated to daily bonuses like free spins, combo offers and deposit bonuses.

How can I find Scientific Games slots at my favourite casino?

If you know the name of your favourite SG Gaming slot, you can search for it directly using the search functionality of your chosen casino.

Some casinos, like PlayOJO and Videoslots, also let you filter lists of games by slot provider, game type and number of paylines.

However, you won’t find ‘Scientific Games’ specifically in a list of slot providers. You’ll instead need to narrow results to one of its many content studios: Bally Technologies, Barcrest, Shuffle Master and Williams Interactive.

Rainbow Riches, Lady of Avalon or Cash Stax will be located under Barcrest, for example.

Scientific Games has a huge range of gaming cabinets that are available to play in a number of locations across the UK, from small local arcades to top London casinos.

OpenBet is a sportsbook platform that was acquired by Scientific Games in 2017. It handles around 80% of all sports betting in the UK and is used by Ladbrokes, Paddy Power, Betfair and William Hill.

The software the most powerful on the market, supporting any type of bet for all sporting and non-sporting occasions. This giving sportsbook casinos the flexibility to offer odds on a variety of events.

The OpenBet platform processed over 2.4 billion wagers during 2018, 117 million of which were during the Football World Cup.

The growth of Scientific Games 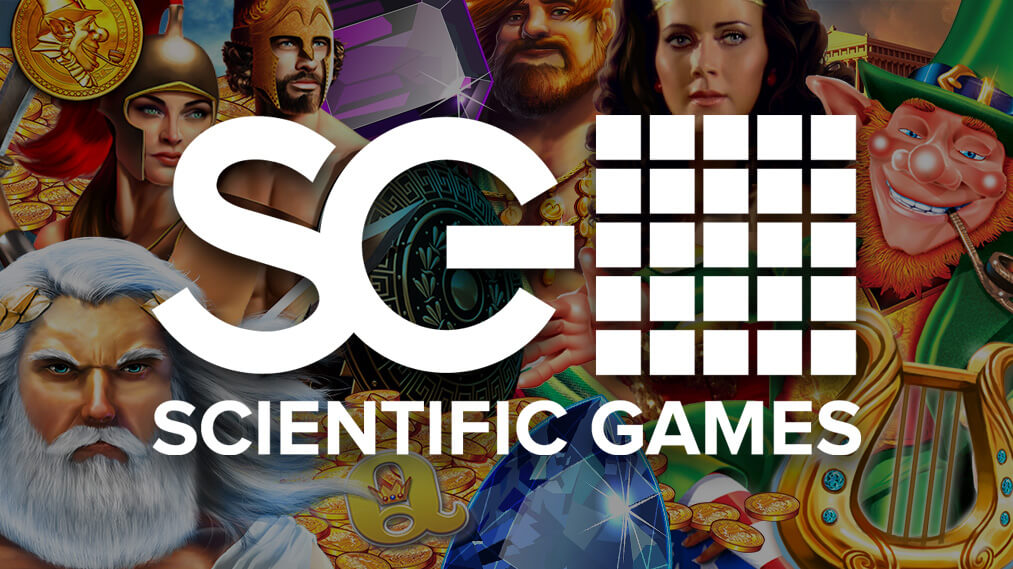 Over the past 15 years, Scientific Games has acquired several casino software providers including, WMS, Bally Technologies and Barcrest.

SG Gaming is responsible for some of the web’s most popular slot games, including the successful the Rainbow Riches franchise. However, its history is rooted in lottery gaming systems.

In recent years, Scientific Games has expanded its digital strategy to meet the increasing demand for online gaming content. It bought NYX Gaming Group for $626.5 million in 2018, and subsequently launched SG Digital – a subsidiary focused on supplying online slot and sportsbook content to over 200 operators worldwide.

Previously, online casinos would partner with individual content studios to add new games, which was technically complicated and time-consuming.

With OGS, SG Digital can partner with notable content studios and plug-in" their games directly, enabling instant access to over 2,000 casino titles.

Scientific Gaming can also connect slot providers to over 20 regulated jurisdictions across Europe, Australia and highly regulated markets like Canada and the US.

The following content studios are operated by SG Interactive and SG Digital.

Barcrest has been producing arcade, bingo and pub games since 1968 and is also responsible for one of the UK’s most successful slots, Rainbow Riches.

Barcrest was purchased by IGT in 1998 but was later acquired by Scientific Games in 2011 for £33 million. Many of Barcrest’s offline games are now available at hundreds of online casinos.

WMS Industries is an electronic gaming manufacturer with a history dating back to 1943. It initially produced pinball machines before branching out to arcade games in the 1970s.

In the mid-1990s, WMS began creating slot machines and secured the licences of several popular franchises, such as Monopoly, Men in Black, The Lord of the Rings and Star Trek.

WMS was acquired by Scientific Games in 2013.

Shuffle Master was established in 1983 when its founder, John Breeding, invented the first mechanical card shuffler.

The company developed a single-deck game called Let It Ride in the 1990s, in an attempt to increase sales of the shuffler, however, the game was generating more revenue than the Shuffle Master by 1995.

Bally Technologies acquired Shuffle Master for over $1 billion in 2013.

Bally Technologies was founded in 1932. The company launched the Bally Hoo pinball machine and later invented the first electronic, three-reel, slot machine – said to be the machine that changed Las Vegas.

Long time player-favourite, Rainbow Riches, features a rewarding bonus round and the chance to win up to 500 times your bet. You can trigger one of its three bonus features, Road to Riches, Wishing Well and Pots of Gold by landing three corresponding scatter symbols.

Spin the wheel during the Road To Riches feature to move a certain number of steps up the cash path. Keep spinning until you land on a Collect position or the top prize is reached.

The Wishing Well Bonus is a classic ‘pick’ feature where you choose one of three wishing wells to reveal a cash multiplier.

Monopoly Bring the House Down

The classic board game is transformed into an interactive online slot in Monopoly Bring the House Down. Earn hotel upgrades, chance cards and community chest bonuses.

Win eight free spins when you receive three scatter symbols. During the bonus game, all houses and hotels are wild and remain in place until the end of the round.

Cash Stax is a unique slot game with a Big Bonus feature, free spins and a golden ring bonus. Each ring symbol can randomly transform into a golden ring, and if one lands on each reel, you’ll win up to 15 free spins.

You can retrigger more spins during the bonus game by landing another five golden rings across the board. Your wins are multiplied by five if you fill up the barometer.

Take a trip to an ancient South American civilisation in Montezuma – the five reel, 30 payline slot game from WMS. Three or more scatter symbols unlock the bonus round where a spinning wheel will award up to 25 free spins.

Each individual spin is granted a random multiplier up to 10 times your bet.  A bonus guarantee increases your winnings to that amount if you win below it.

Based on Ancient Chinese culture, this jackpot slot has 243 paylines, free spins and the chance to win up to £200,000. Land three or more Fu Bat symbols to start the bonus game. Here, you pick golden coins until you reveal three matching jackpot symbols.

Claim 10 free spins when you get three or more scatter symbols. Low-value symbols are removed during the spins to increase your potential win per payline.

Scientific Games is an exciting company with its fingers in so many pies that we’re surprised it hasn’t been burned yet. It has over 85 years of experience across its acquired companies and is behind hundreds of successful slot games, both online and offline.

Although Scientific Games’ titles are a little difficult to locate, they’re worth the extra effort once you find them.

We’re particularly impressed by the company’s portfolio of branded slot games, having obtained the rights to over 100 licensed brands like Monopoly, UNO, The Godfather and Cluedo.

<p>PlayOJO is a new casino and slots site with a difference - it wants to offer players a genuinely fair experience. How? Take a look inside and find out!</p> 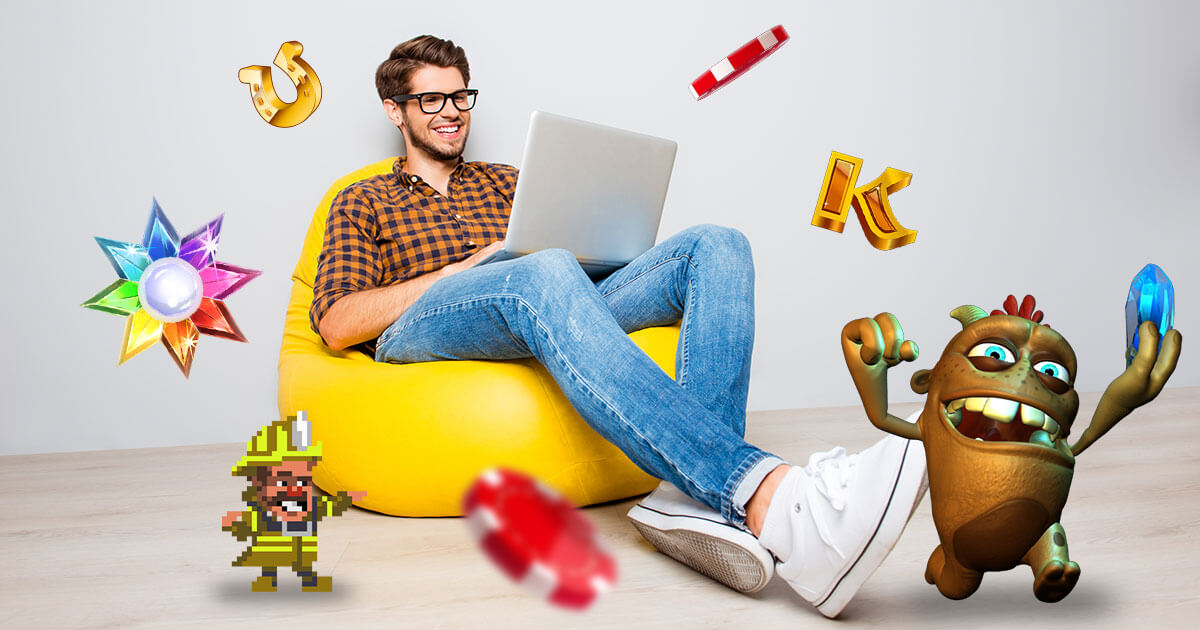 What Can You Play At An Online Casino?

Just like their real-life counterparts, online casinos offer a range of classic games such as blackjack, poker and slot machines.