Play your favourite Playtech casino games and enjoy over 600 slots including Batman Begins, Gladiator and Superman The Movie. Playtech’s progressive jackpot network has paid out over £400 million since 2009, and is available at the UK online casinos listed below.

At Bet365 Casino, you can play the full range of DC slot games including Justice League, Wonder Woman and The Dark Knight. Sign up and deposit for a 100% match bonus up to a whopping £25. Enjoy weekly promotions including cashback, free spins and bonus cash.

Slots fans won't be disappointed at Videoslots: the site offers a library of over 6,000 games! Newcomers to the site can claim a welcome bonus of 100% and 11 free spins.

Whatever you're looking for on an online casino, Mr Play probably has you covered. Players can enjoy a solid range of games and regular promotions. The site's welcome offer of a 100% matched bonus and 100 free spins is sure to draw new players in. 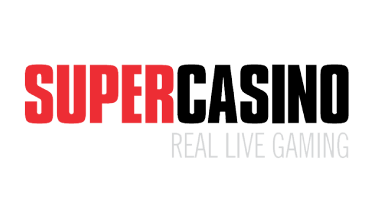 Over 18s and new players only.
playSuperCasino REVIEW

Sign up to SuperCasino to unlock over 150 popular slot games including huge progressive jackpots like Gladiator Road to Rome, Age of the Gods: Might Midas and Man of Steel. Casino fans can play live versions of classic table games like blackjack, roulette and baccarat.

Mansion Casino is offering new players up to £200 bonus cash to spend across its selection of live dealer tables, casino classics and progressive jackpots. Take advantage of weekly promotions and get bonus cash, free spins and cashback. Play the exclusive Age of the Gods series.

Over 18s and new players only.
playSlots Heaven REVIEW

Join Slots Heaven and make your first deposit to claim a 100% match bonus and 200 free spins on Playtech’s hit slot game: Age of the Gods. Play your favourite branded games like The Matrix, Grease and Man of Steel. All players can claim weekly promotions including live table bonuses, cashback and free spins.

Over 18s and new players only.
playCasino.com REVIEW

Sign up to Casino.com, deposit £20 and receive 200 bonus spins on Playtech's exclusive Age of the Gods slot game. New players are also treated to a 100% match bonus and 10% cashback for the first two weeks. Play huge progressive jackpot games including Gladiator Road to Rome, Man of Steel and Ronnie O’Sullivan Sporting Legends.

Over 18s and new players only.
playSun Vegas Review

Sun Vegas is the newest online casino from the same company that bought you the fantastic Sun Bingo, offering a mobile friendly design and a name you can trust. Enjoy live casino games and hundreds of slots with a generous 100% match welcome bonus up to £300!

Terms & Conditions: 100% bonus up to £300 on your first deposit · New Customers Only · Min Deposit £10 · 50x WR ·  Offer must be accepted within 72 hours. Bonus Valid for 30 Days · Max bet restrictions apply · Bonus can't be withdrawn. Bonus can only be spent on Slot Games · Skrill/Moneybookers and Neteller are not valid for this promo · Real money balance can always be withdrawn.

Playtech launched its live dealer games before many other companies in 2003 and even now it remains one of the best on the market.

The range of live titles includes classics such as blackjack, baccarat, roulette and poker, as well as unique themed table games like Age of the Gods roulette, Dragon Tiger and Sicbo.

The overall video and audio quality of the live dealer experience is impressive, although we did run into a few issues when playing on mobile such as delayed or lagged playback.

The VIP ambience of the studio makes it feel like you’re playing at an exclusive a private table, despite the fact that you're actually one of hundreds of players at an integrated casino

How do I win the Age of the Gods progressive jackpot?

The Age of the Gods progressive jackpot is shared between nine themed games including King of Olympus, Roulette and Furious 4. There are four different jackpots tiers varying in value: Power, Extra Power, Super Power and Ultimate Power.

The jackpot bonus game is randomly triggered during the main game, even during spins that return no winning paylines, however, you can improve your chances of winning by increasing your bet amount.

To win one of the four prizes, you must click on the gold coins on the 4x5 board and match three identical jackpot symbols.

How can I play new Playtech slots before anyone else?

While some of Playtech’s extensive library is licensed to other software providers, Playtech-powered casino and bingo sites often hold exclusive rights to casino games months before their wider public launch date across the integrated network. 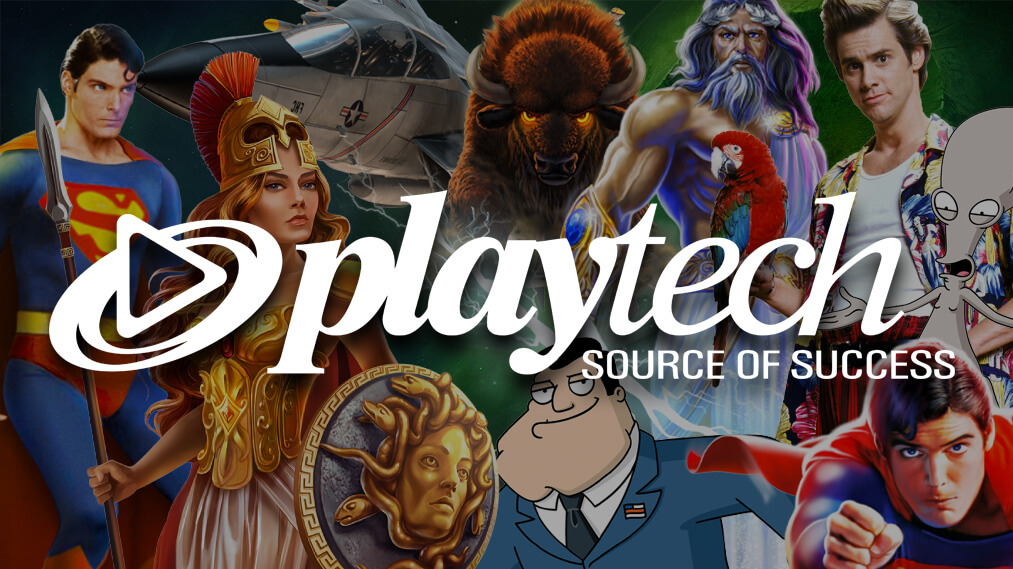 Playtech is one of the world’s largest gambling suppliers, producing turnkey casino solutions to operators as well as a huge games portfolio including video slots, table games and a well-respected live dealer studio.

The company was founded by Israeli visionary, Teddy Sagi, in 1999. His mission was to create a robust casino software unlike anything on the market at the time. His team spent two years designing and perfecting the product before its eventual release in 2001.

Playtech enjoyed great success throughout the early 2000s, following the launch of a bingo solution and the world’s largest poker network, iPoker. Playtech went public in 2006, launching on the London Stock Exchange with a  valuation at more than £500 million.

The introduction of the Unlawful Internet Gaming Enforcement Act later that year made it impossible for the company to continue operating in the US market, causing a 40% decline in the company’s share value in just one day.

Fortunately, Playtech was already working to replace its lost US revenue through the acquisition of smaller gaming companies that would allow it to expand into new and alternative markets.

The latter half of the 2000s saw Playtech go on a shopping spree, purchasing companies like PokerStrategy, Ash Gaming and online bingo provider, Virtue Fusion.

Microgaming’s launch of the first trademarked slot game in 2005, prompted many of its competitors to follow suit, including Playtech.

In 2009, Playtech agreed to a monumental deal with Marvel Studios to create a range of hit games based on comic book characters, including Captain America, Iron Man and The Incredible Hulk.

However, the licence wasn’t extended and the Marvel range was removed on 31st May 2017. This is likely due to Disney’s acquisition of the franchise and its reluctance to be associated with the gambling industry, given its family-friendly image.

This was quickly replaced by the multi-year deal Playtech had already signed with Warner Bros to produce slot games themed on DC film and television franchises such as Batman, Green Lantern, Superman and Suicide Squad.

Playtech is well-known for its Age of the Gods slot franchise which has over 15 variations including bingo and roulette games.

The first three Age of the Gods titles were launched in July 2016 on Playtech’s top tier operators and is now only available on Playtech-powered casinos, with the exception of some proprietary sites like Videoslots Casino and SuperCasino.

The Age of the Gods series takes inspiration from Greek mythology and feature classic figures such as Hercules, Atlas, Zeus, Athena, Medusa, Pegasus and Hera.

Each game has a bonus round triggered by landing three or more scatter symbols. You are then either randomly assigned or can pick a game themed around one of the Greek Gods. Bonus features include sticky wilds, respins and increasing multipliers.

Man of Steel is part of Playtech’s exclusive DC partnership. It’s a five-reel slot game with 25 paylines and is packed full of bonus features. Land one of two wild symbols and they’ll shift left or right on your next spins until they’re no longer on the board.

If a Superman wild symbol appears on the same row as the General Zod symbol, you’ll trigger the Battle for Earth free spins bonus. If a bonus symbol lands on reel five, a ‘terraforming blast’ will create up to seven wilds on the reels to increase your chances of a winning payline.

Based on the 2000 film, Gladiator, this online slot game features 25 paylines, wild and scatter symbols, as well as two unique bonus rounds. Get three wild symbols to trigger the Gladiator Jackpot Bonus where the game will randomly pick nine symbols to award you with a cash bonus. Reveal nine gold symbols to win the progressive jackpot!

Age of the Gods: Fate Sisters

Another game in the popular franchise, Age of the Gods: Fate Sisters is based on the three Greek goddesses, Lachesis, Clotho and Atropos. Get three sisters on the reel to trigger the Sisters’ Gift Feature which will award a respin with all Goddess symbols locked in place.

The Fates’ Portal bonus game is activated when three scatter symbols appear on the reels, and gives you the choice between three different features: locked reels, dynamic wilds and random wilds.

Batman Begins takes inspiration from Christopher Nolan’s epic Batman trilogy. Save Gotham City from the league of shadows and travel across five locations by landing a character symbol in the hot spot.

There is a wild symbol for each location, including the Batmobile wild which triggers a respin, and the flower symbol which expands in an X shape to increase payouts. Batman Begins plays on a standard five reel playboard with 20 paylines.

Age of the Gods: Furious 4

Join Prometheus, Apollo, Pandora and Atlas on a Greek adventure with scatter wins, 25 paylines and an epic bonus game.

Playtech has a huge range of slot games and design quality varies between them. Some of its older games like Goblin’s Cave and A Night Out could benefit from a design refresh to complement the quality of newer games like Superman II, Green Lantern and American Dad.

The games look good, but lack the polished 3D elements available in titles from NetEnt, Play’n Go and Thunderkick.

All of Playtech’s games have the same traditional five reel, three-row layout. The controls are located at the bottom of the screen, with options for autoplay, turbo mode and starting each spin.

There are unique bonus features in every game with symbols and styles tightly linked to the slot’s central theme.

Playtech’s games are playable on mobile and tablet devices. The quality isn’t compromised on a smaller screen and load times are fast.

If you prefer playing in landscape mode, the spin button is located on the right-hand side of the board and the other options are available in a collapsible menu on the left.

In portrait mode, the playboard is pushed to the top half of the screen with common play buttons located below.

It’s clear that the company has taken time to design its games portfolio to keep players engaged and coming back for more.

While it’d be great to see its games at more casinos, we respect that Playtech has opted to employ an exclusive feel around its products, similar to Gamesys.

The decision coincides with the approval of a new Italian protocol called PBAD3 which allows operators to offer different variants of online bingo.