Microgaming has been leading developers in the gambling industry for the past 25 years, revolutionising online gaming and breaking huge payout records. They turned their hand to bingo in the mid-2000s. You can play 75 and 90 ball bingo alongside hundreds of high-quality games with huge progressive jackpots.

Dream Bingo is the perfect destination for any bingo players who love to play slots and casino games on the side. With hundreds of games to choose from you can play blackjack, Microgaming slots and bingo with big prizes. Join and deposit £10 today and you'll get a £30 bonus split between bingo and slot games.

Over 18s and new players only.
playBingo On The Box REVIEW

Launched in 2008, Bingo on the Box is a bingo veteran running on Microgaming software. Join today and deposit £10 to receive a 300% bonus split between bingo and slots. You'll find hundreds of casino and slot games to play including roulette, blackjack and even video poker.

Over 18s and new players only.
playBingocams REVIEW

Sign up to Bingocams today and grab yourself a 300% welcome offer when you deposit up to £50. You’ll also be treated to 25 free spins on Starburst with all winnings credited as real cash. Find bingo rooms alongside slot games from top providers including Microgaming.

Every bingo site operating on the Microgaming network must hold its own gambling licence. In more traditional setups, it is instead the network operator that provides the licence and assumes the responsibility of its conditions and codes of practice (LCCP).

Securing a UKGC remote gambling licence is time-consuming, expensive and difficult for sites operators, which may explain why there are so few Microgaming bingo brands online.

In contrast, all Dragonfish bingo sites are licensed by 888 which controls all elements of player experience and compliance, restricting opportunities for originality throughout the network.

Microgaming bingo sites are free from such pressures and are unlikely to look or operate similarly to each other.

Which slot games can I play?

The full range of regularly updated Microgaming slots is available at every Microgaming bingo or slot site, as well as access to progressive jackpot games which have paid out over €1 billion in winnings to date, including Mega Moolah, Immortal Romance, Thunderstruck II and Bonanza. 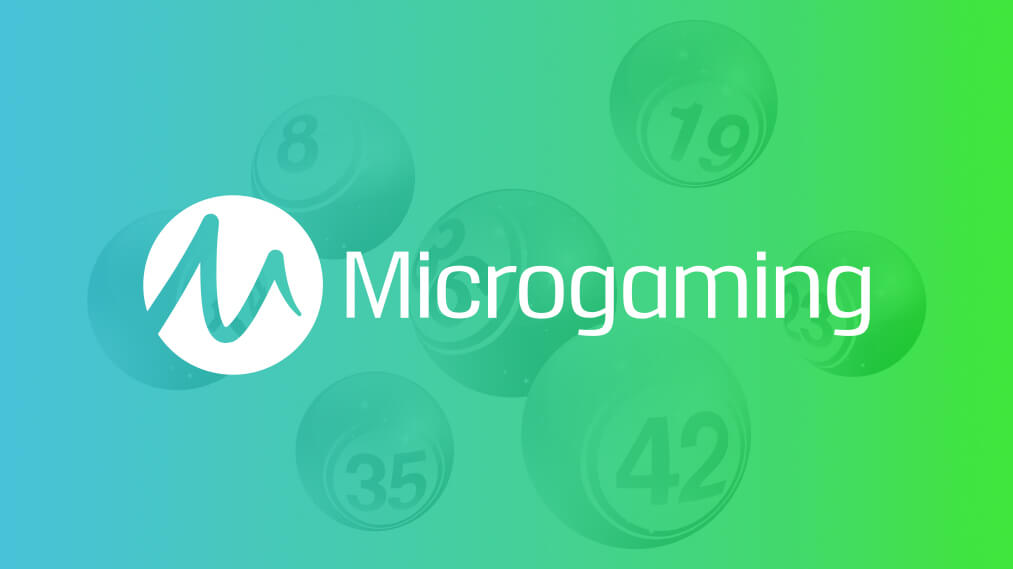 The history of Microgaming

Microgaming is a company synonymous with gambling. It claims to have produced the first true online casino in 1994 called Gaming Club and has continued to innovate in the 25 years since.

Microgaming achieved another first in 1998 when it launched the first progressive jackpot slot game, Cash Splash, where a percentage each spin value contributed to a pooled jackpot and triggered when a specific combo landed on the reel.

The company moved to the Isle of Man in 2001 and set up the Microgaming Health and Care Trust to support the local community. In 2014, Microgaming launched Play It Forward – a community-driven initiative that increases Trust’s focus on health, charity, sport and education.

Microgaming launched Tomb Raider, the first co-branded slot game, in 2005. A that went on to inspire other themed casino titles including Superman, Who Wants To Be A Millionaire and Love Island.

Microgaming has released over 800 casino games since 1998 with up to 40 new releases every year. In addition to slot games, the company launched its own bingo platform in the mid-2000s and, if we’re honest, there wasn’t a lot on offer then and there still isn't now.

The bingo software offers 75 ball, 90 ball and speed bingo variants, but the number of rooms actually open to players varies between brands. Immortal Romance Bingo was a popular 90 ball bingo game, based on hit slot game of the same name.

Immortal Romance Bingo featured four characters from the slot which each rewarded players with a different type of bonus. However, the game was taken down in 2018 because it was only available in Flash and wasn’t compatible with many devices.

During the early days of online gambling, there was little regulation to keep play safe for customers and operators. Microgaming joined forces with other industry firms to create the Interactive Gaming Council in 1996 – an organisation responsible for regulating online gaming and making sure all games were fair.

Microgaming then became a founding member of e-Commerce and Online Gaming Regulation and Assurance (eCOGRA) which is the leading organisation for ensuring fairness, best practices, and proper business transactions in the iGaming industry.

Microgaming has broken many gaming records thanks to some generous slot wins. In October 2015, Betway paid out £13,213,838 to a lucky British soldier for his win on Mega Moolah which remains the Guinness World Record for the largest ever jackpot payout from an online slot machine.

Another man won £5.8 million at Butlers Bingo on The Dark Knight progressive jackpot slot which was the biggest ever win at an online bingo site.

In September 2018, Mondial Casino paid out £16 million to another lucky player who hit the jackpot on Mega Moolah. This win smashed the 2015 record, but, officials have yet to confirm this as a new Guinness World Record.

Microgaming’s status as an innovative company was recognised at the 2015 Global Gaming Awards where it won the Digital Gaming Innovation of the Year award.

The award acknowledged the platform’s new virtual reality roulette game for the Oculus Rift device which simulated the experience of sitting in a real-life casino.

In 2014, Microgaming created a version of the classic Thunderstruck slot game for the Samsung smartwatch and have since continued to release new wrist-based titles.

There are rumours that Microgaming may launch bingo to their casino websites. If true, it’ll be excellent news all around. The bingo sites currently lack diversity in their slots and liquidity in their rooms, so this move would create larger jackpots, busier chats and access to thousands of different slot games from other providers.

The UK Gambling Commission has announced that Broadway Gaming will pay a £100,000 fine as part of an ongoing crackdown on misleading advertising.