Bede Gaming created an adaptable UK bingo software in an attempt to shake up the stale gaming industry. LeoVegas recently acquired the Bede network of sites from Intellectual Property & Software Ltd (IPS) in 2018, complete with hundreds of popular slot games from NetEnt and Microgaming.

Launched in 2013, BingoStars was Bede Gaming’s first site and it has some great promotions. Join and deposit up to £50 for a 100% match bonus. Stake £20 on a selection of top slots and you’ll get 30 free seconds on unlimited free spins with zero wagering requirements!

Terms & Conditions: First depositing players only. Deposit a minimum of £10. First deposit bonus is only available as a bingo bonus. The wagering target on this bingo bonus is 4x the bonus value. Stakes will be taken from your cash balance before your bonus balance. The wagering playthrough target must be met within the 30 expiration period or the bonus funds will be removed from the account. Further T&Cs apply.

Sign up and deposit £10 at Crown Bingo to get another £10 to play with. You’ll find a selection of 75 and 90 ball bingo along with dozens of slots from providers including NetEnt, Microgaming and Eyecon. Plus, you can play popular table games like blackjack and roulette.

Terms & Conditions: A minimum first deposit of £10 must be made to claim the bonus. Crownbingo.com will match the players deposit up to £50. Wagering requirements are 4x the bonus amount. Wagering requirements must be fulfilled before bonus funds and any winnings are transferred to cash balance and must be met within 30 days. The first deposit bonus can be claimed once as bingo bonus. If a player chooses to decline this offer, it will not be available again. Further T&Cs apply.

It’s also one of only a handful of operators to currently have an ISO 27001-compliant information security management system (ISMS) in place. Simply put, Bede Gaming bingo sites are fully GDPR compliant and your personal information is very secure.

We’re unsure why other bingo operators don’t have similar security measures in place right now. However, given current online privacy issues with a new data breach happening every other day, we think it’s only a matter of time before all operators apply for the certificate.

What slot games can I play?

You can play hundreds of popular games like Cleopatra, Fluffy Favourites and Dragon’s Luck with all available as demo or real money versions.

What is Bede Gaming 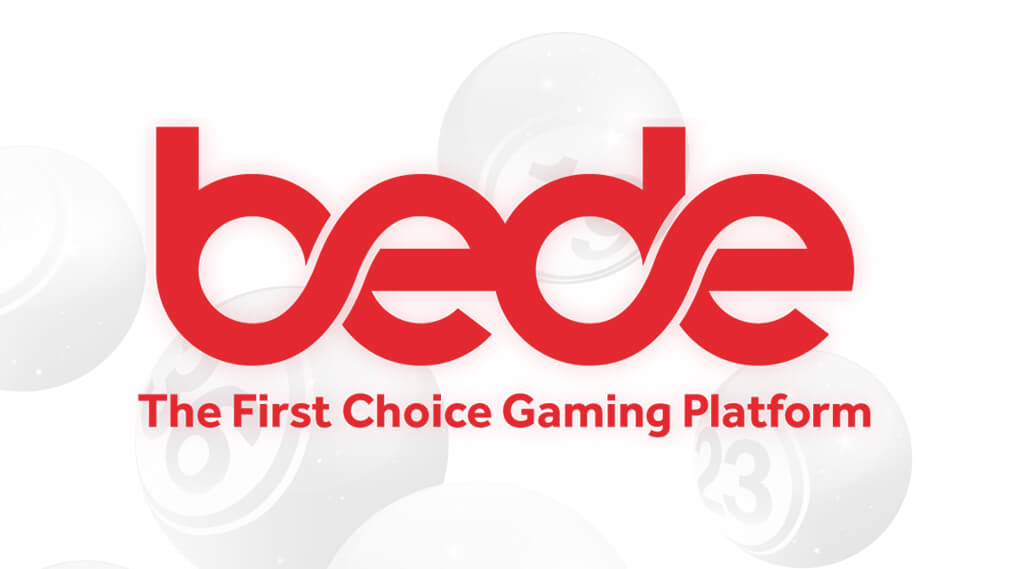 A brief history of Bede Gaming

Bede Gaming was founded in 2011 by gambling industry veterans, Joseph Saumarez Smith, Dan Smyth and Michael Brady. Together, the trio had over a decade worth of experience in online gaming after previously working for rival games suppliers, Playtech and Dragonfish.

Tired of the restrictions that plagued legacy software, the team decided to develop a new, more adaptable platform for the evolving online gaming industry. Compared to its competitors, Bede Gaming is a midsized company with a modest team of 200 working from offices in Newcastle, London and Bulgaria.

Bingo Godz launched on Bede bingo software in 2013, operated by Gaming Realms. The bingo site closed its doors in 2018 after becoming one of the most expensive failures in online bingo history.

The complicated nature of Bingo Godz games coupled with the site’s premature release are two of the biggest problems cited in its failure. However, while neither were entirely Bede’s fault, the software provider wasn’t completely blame-free. We’re accustomed to having 75 and 90 ball available as a bare minimum. However, during the first year, Bingo Godz only offered 90 ball bingo.

When 75 ball was integrated, it had different mechanics to the classic game. There were prizes for a line, pattern and full house and no empty middle square. Another software issue was the disparity between the bingo rooms and the lobby which didn’t always update when exiting a game and sometimes showed rooms that weren’t open.

In 2015, Bede collaborated with The Rank Group – the company responsible for Grosvenor Casinos and Mecca Bingo. The deal saw both websites migrate to Bede platform the following year.

Bede Gaming has earned its reputation as reliable and innovative thanks to BedeHUB – a versatile, open platform that’s accessible on Apple, Windows and Android.

BedeHUB is fully customisable and because of its built-in flexibility, any content can be ‘plugged in’ to allow operators to offer a range of slot and casino games from different providers.

It’s so adaptable, in fact, that a bingo site can run on BedeHUB but have a separate bingo supplier. For example, Mecca Bingo operates on Bede’s platform but its bingo product is provided by Virtue Fusion.

Bede Gaming also has its own range of award-winning slot games. Some of the top titles include, 7 Smokin’ Wilds, Fruity Slot and Lucky Pots. It’s a small range, however, they’re all built on sturdy HTML5 software.

Bede Gaming has never owned their bingo network and in 2017, there wasn’t much of one. This was until some bingo sites, which had previously been running with Virtue Fusion, moved over. This inspired timetable changes and the introduction of a £5,000 weekly jackpot game to help compete with the more prominent bingo brands.

The Bede Gaming Network was formerly owned by Intellectual Property & Software Limited (IPS) and acquired by Leo Vegas in 2018 alongside 21.co.uk, Slotboss and Bet UK. All brands were then merged into a new network called Rocket X.

Bede Gaming has fewer brands in its portfolio than some of its competitors. However, it’s clear that the company prioritises quality over quantity by creating accessible technology that will stand the test of time. In future, we’d like to see more proprietary games to make an impact in a competitive online bingo market.

According to the report, LeoVegas did not take reasonable steps to stop people who had self-excluded from gambling.